Who would have thought that a spin-off based around a secondary comic-relief character would become as good a show if not better than the original? I mean, sure, it happened with Frasier, but it is also happening now with Better Call Saul, the prequel/spin-off of Breaking Bad focused around the sleazy criminal lawyer that is Saul Goodman.

During the first season of Better Call Saul, it became clear that the nature of the show as a prequel of Breaking Bad split the story into two separate shows: on the one hand was the tragic fall from grace of Jimmy McGill (Bob Odenkirk) and his slow transformation into Saul Goodman, and on the other was the story of Saul’s investigator/fixer, Mike Ehrmantraut, as he came to be involved in the drug scene of New Mexico. While Jimmy’s story introduced us to new conflicts and characters like Kim Wexler (the show’s MVP, Rhea Seehorn) and Jimmy’s brother Chuck (Michael McKean), Mike’s part of the show was what most fans imagined a Breaking Bad prequel would be, as it added younger versions of popular legacy characters like the Salamanca family, and “The Chicken Man” himself, Gus Fring (Giancarlo Esposito).

SEE ALSO: Why ‘Person of Interest’ Is the Key to Understanding ‘Westworld’

In interviews throughout the years, show co-creators Vince Gilligan and Peter Gould have discussed how the decision to split the show in two came out of them discovering, to their surprise, that they liked Jimmy McGill so much they didn’t want to hurry his transformation into Saul Goodman. This caused huge repercussions for the rest of the show as we know it, as characters that were heavily involved in Jimmy’s story in the beginning have all but disappeared from his side of the show, like Nacho Varga and Tuco. Sure, some degree of separation between the Gus storyline and the Jimmy storyline was always necessary due to the two characters never meeting in Breaking Bad, and of course it’s fun to see how Gus builds his superlab, but we know way more about him than we know about the new characters. This resulted in a show that felt disjointed and indecisive about what it really wants to do.

That is, until this season blurred the lines between the two halves. When the show reunited Jimmy with Nacho, (Michael Mando) and made Jimmy start doing work for him and Lalo Salamanca (Tony Dalton), Better Call Saul’s writers carved out a way to have its cake and eat it too: have Saul Goodman do odd jobs for the big-time players without making him aware of the larger schemes.

First, it was passing a message to one of Lalo’s men in prison, then it was representing Lalo in court to get him out on bail for a murder case, and most recently going to fetch a large amount of money for Lalo. Better Call Saul has slowly left behind all the non-criminal elements of its plot, like severing Jimmy’s relationship with his brother’s partner Howard (Patrick Fabian) and his old life, and not giving Jimmy excuses to keep secrets from Kim as they are now married. Then this week’s episode, “Bad Choice Road” saw Kim resign from Mesa Verde Bank, effectively leaving behind her life pre-Saul Goodman life and embracing the role of confidant—and perhaps partner in crime—as she is now herself involved in Jimmy/Saul’s dealings with the cartel.

We may not get a single, coherent story after this, but Better Call Saul has made it clear with this past couple of episodes that there is no return for Jimmy. He’ll probably remain on the sideline, being called upon to do small things, but it’s clear now that we’re past the point where we had a show about Jimmy McGill and also a Breaking Bad prequel, and we’ve reached the point where the entire show is a prequel to Breaking Bad.

Of course, there are still questions remaining. We don’t know what happens to Kim (though this last episode makes it clear we shouldn’t worry about what other people will do to Kim, but should worry about what she’s capable of doing to those who try to hurt her), and we don’t know what exactly is the relationship between Saul and Gus will be by the time this is over. There’s a chance the writers find a way to make the two men meet despite it never being mentioned in Breaking Bad, but there’s another relationship from that show that has fundamentally changed with these past few episodes.

No matter how badly this ends for Saul, Better Call Saul has reframed Saul’s relationship with Walt not as a first-time dealing with a big-time player, but as a do-over for Saul, who has now whet his appetite with promises of big financial compensation, even if it comes with great physical and emotional danger. 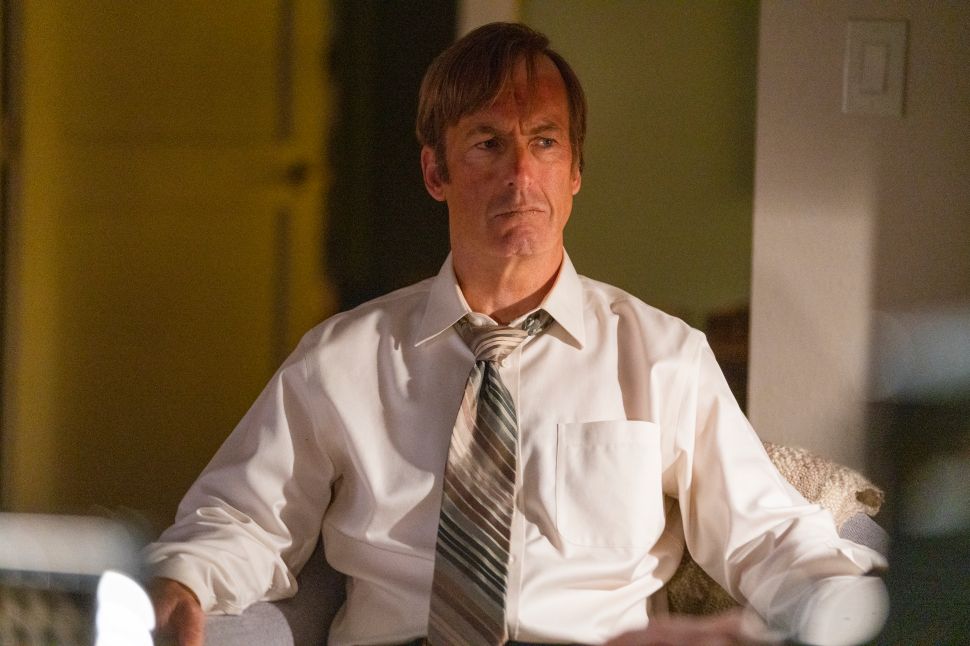