After a month of social distancing and sheltering at home, how has your media diet changed? We crave mental engagement and focus, but we also want to lose ourselves. Choosing a quarantine read, it turns out, is no small feat. Faced with the dilemma of what to read during this indefinite period of isolation, readers may ask themselves: what does comfort reading mean to you? For some this may be light hearted romps, humorous essays or hugely reassuring memoirs. But comfort reading doesn’t need to involve compulsory reassurance. It’s important to acknowledge these are terrifying times. Reading is both a release and a channel for those genuine emotions. Chelsea Bieker’s Godshot took my frayed nerves and transported me to the barren landscape of central California. It was there that I found a score of desperate characters struggling for answers to impossible questions. Once I was there, I couldn’t turn away.

Fourteen-year-old Lacey May Herd is a girl baptized by warm soda in a town without . Facing a drought, Peaches, Calif., has lost its former glory as a grape growing farm town. In the wake of an endless drought, some farmers, including Lacey May’s grandfather, have committed suicide. Others have turned to the Lord. Pastor Vern is a charismatic preacher whose unconventional methods include gold glitter raining down from the rafters as well as mysterious assignments for the faithful.

Lacey May’s mother was saved by Pastor Vern after years of alcoholism and a revolving door of hideous men. Yet, despite her devotion, she asks Lacey May to conceal her first period from the pastor. Unfortunately, Lacey yields to the desire to please and be recognized by her leader. Swept up in Pastor Vern’s designs for the young women of his flock, Lacey finds herself cast into a role she had never dreamed of.

After her mother’s whirlwind departure—whisked away by another man, the fate of her soured religious assignment—Lacey retreats to her grandmother’s home. No haven she’ll find here; her grandmother, Cherry, drives a hearse and her house is crowded with her collection of dressed up taxidermied animals. The claustrophobia of slavish faith is matched by the barren landscape of dead lawns and dried up farmland.

After becoming an unlikely handmaiden, pregnant with a child intended to be a part of a collective effort to save the flailing community, Lacey May becomes aware of her own sense of selfhood as a daughter and mother outside her narrow confines. With the help of another complicated mother and daughter, Lacey May begins to explore her own agency, coming to know her mind and body in equal time. Forging her own path to womanhood, she confronts the fear, conventions, and assumptions that dominated her girlhood.

Over the phone in Portland, Ore., Chelsea Bieker spoke with Observer about the book’s origins and inspiration. Bieker began writing Godshot in 2013, the same year that she gave birth to her first child. Originally, the book was written from the point of view of Louise, Lacey May’s mother. “It was so different and as soon as I finished, I just felt like I needed to write from the daughter’s perspective. And once I locked into her voice I never really looked back.”

Godshot is so much more than a coming-of-age novel; it’s Lacey May’s evolutions—from faith to knowledge, girl to woman, daughter to mother—that inform the book’s other looming focuses of environmental ruin and the claustrophobia of cults. This is a book about corruption manifested through tacit obedience. Challenging her faith, Lacey May recognizes Pastor Vern’s manipulation of a broken community, aching for redemption. Her own struggle to recover the unconditional love of her mother deepens the painful break she must make with her faith and hometown. The tension of that central mother-daughter relationship was always at the center of Bieker’s writing.

“Growing up, my mother left when I was nine,” Bieker reflects. “I have experienced a lifetime of processing this loss; as a child, I didn’t really get a chance to do so. It was overnight that I moved in with my grandparents, attending church multiple times a week. It was like zero to a hundred, this totally opposite life. And my mother never came back.”

Reconciling this loss required a new understanding of language. She adds, “When I became an adult, I found some language around it and understood that I’d been experiencing grief for most of my life, but I never knew to call it grief because she was still alive. In my very basic understanding of grief and loss, I didn’t think I qualified.” As an adult, she sees this grief for what it is, but understands that it’s marked by, “this possibility of return that’s never answered.” Bieker hoped to unpack that unique grief throughout her novel, a grief that could only be explored by concentrating on Lacey May’s experiences. “I wanted to explore that deep spiritual connection between your mother, even when it doesn’t make a whole lot of logical sense. Even though Lacey May’s mother has not been there for her in ways that really mattered, Lacey’s love for her endures and she wants to continue to work it out. It’s so natural to a child to want to stay with their parents. It was impossible to write about anything else.”

That universal relationship is reflected through the fractured prism of Bieker’s fascination with cults and religion, another turbulent field of study. Lacey May struggles with faith, a yearning so close to her need for her mother, her need for in a parched land. What makes Lacey May so compelling is her curious and nonjudgmental mind. While she is only just beginning to know herself as a person with desires and wills never before uncovered, she never succumbs to bitterness or blame. On the road to find her mother, Lacey May observes, “Life was pain and this was mine. Was it more of less than anyone else’s?” Placing her struggles in relief with others, she finds the key to survival. Although she may never come to terms with the painful loss of her mother or the betrayal of her religious community, her faith in the potential goodness of others never shakes.

Toward the close of the book, Lacey May muses, “I’ll spend the rest of my life trying to figure out belief, and if the good I know of God is true, there is time enough.”

Bieker reflects, “I don’t think the book is like a statement about religion necessarily. If anything, I wanted the ending to be more of an opening for Lacy to continue to explore what she does believe in. It’s not black and white for her and she still has something in her that wants to continue learning, continuing to understand her spirituality. I feel similar to that.”

During this period where we are flush with time and often alone with our thoughts, Lacey May’s openness to the grace of mystery and forgiveness makes her a remarkable heroine of our moment. Much like Bone in Dorothy Allison’s Bastard out of Carolina, a celebrated novel in need of revived attention, Lacey May joins a tradition of undefeated characters whose plight cannot suppress their capacity for affection and care. From start to finish, Bieker’s commanding work holds the reader in the grip of obedience. Moving from blind supplication to measured, loving faith, this is a full throttle debut novel which challenges you to try and put it down while reading. 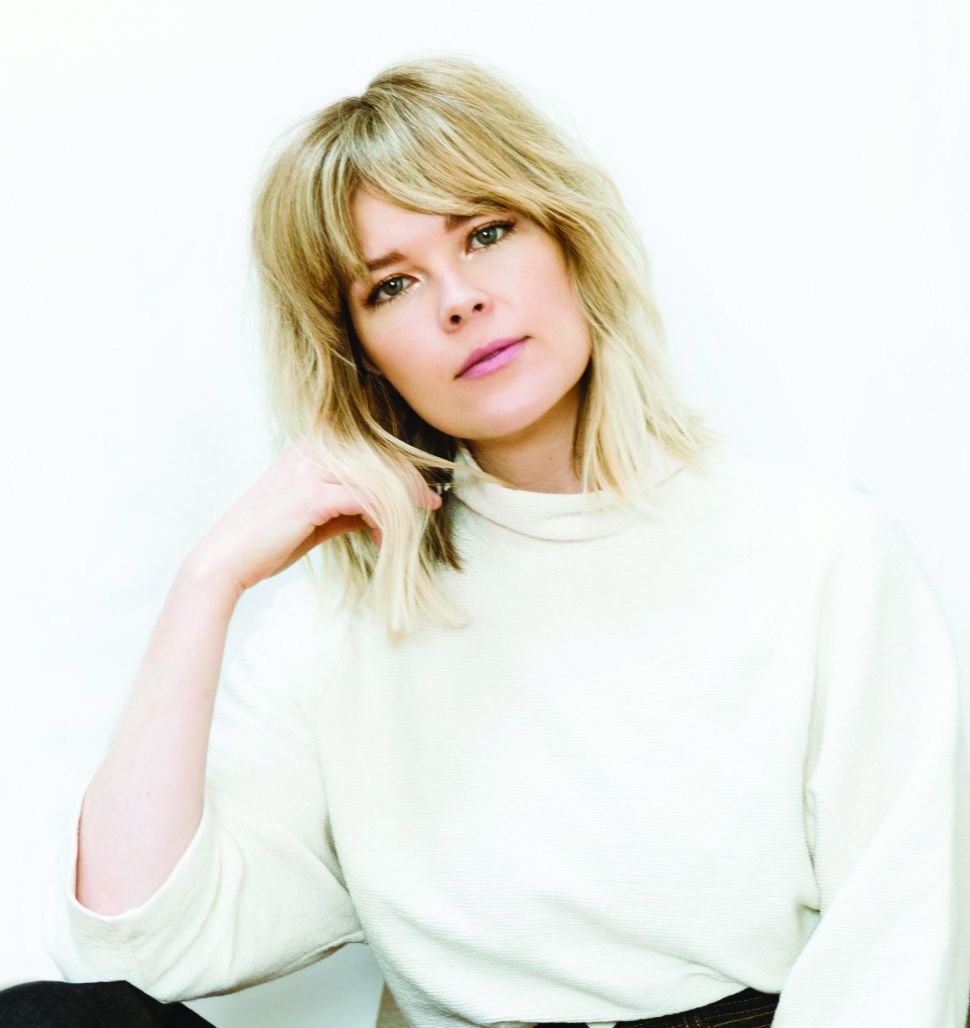