Chrissy Teigen and John Legend are expanding their Nolita real estate footprint. The couple scooped up a second penthouse in their New York building, where they already own a three-bedroom, three-bathroom apartment.

The Twitter queen and the EGOT-winner paid $7.7 million for their new 3,500-square-foot triplex. It’s even larger than the 2,610-square-foot penthouse they already have at the Brewster Carriage House.

Their new acquisition has custom windows, original exposed brick and cast iron corinthian columns, with wide plank oak flooring and 12-foot beamed ceilings. They scored a discount from the nearly $8 million the home was last on the market for, as first spotted by The Real Deal.

The home is currently configured in a two-bedroom, 2.5-bathroom layout. The open living room on the main level has a gas fireplace, as does a media room on the lower level. The eat-in kitchen is equipped with marble countertops and breakfast bar seating, and is adjacent to a dining area. An iron staircase connects the three-level abode.

The master suite features exposed brick, a skylight and custom cabinetry, with a walk-in closet and bathroom, per the listing held by Sotheby’s International Realty broker Tom Doyle.

There’s also a windowed home office and a laundry room, though one of the most attractive aspects of the residence is definitely the coveted outdoor space, as there’s a 1,500-square-foot private planted rooftop terrace, with a kitchen complete with a gas barbecue and sink, plus decked areas for lounging and dining.

Teigen and Legend, who have two children, are big fans of the Nolita building. Before they moved into their current penthouse (and before they purchased this second penthouse) in the building, they owned a one-bedroom loft on the second floor. They sold the unit in 2016, shortly after their daughter Luna was born, perhaps because they needed (and managed to get) more space.

Teigen and Legend are currently self-quarantining at home on the West Coast, where they own a mansion in Beverly Hills. It appears they’ve been staying in a Malibu beach home for the past several weeks, though—it’s where they held a wedding for Luna’s stuffed animals, complete with Legend singing. 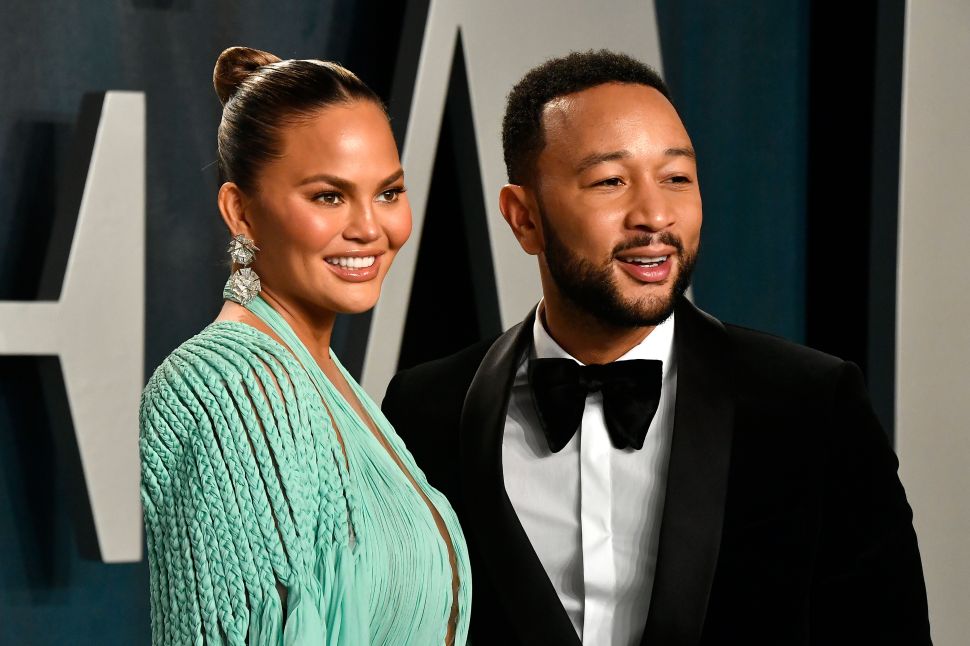