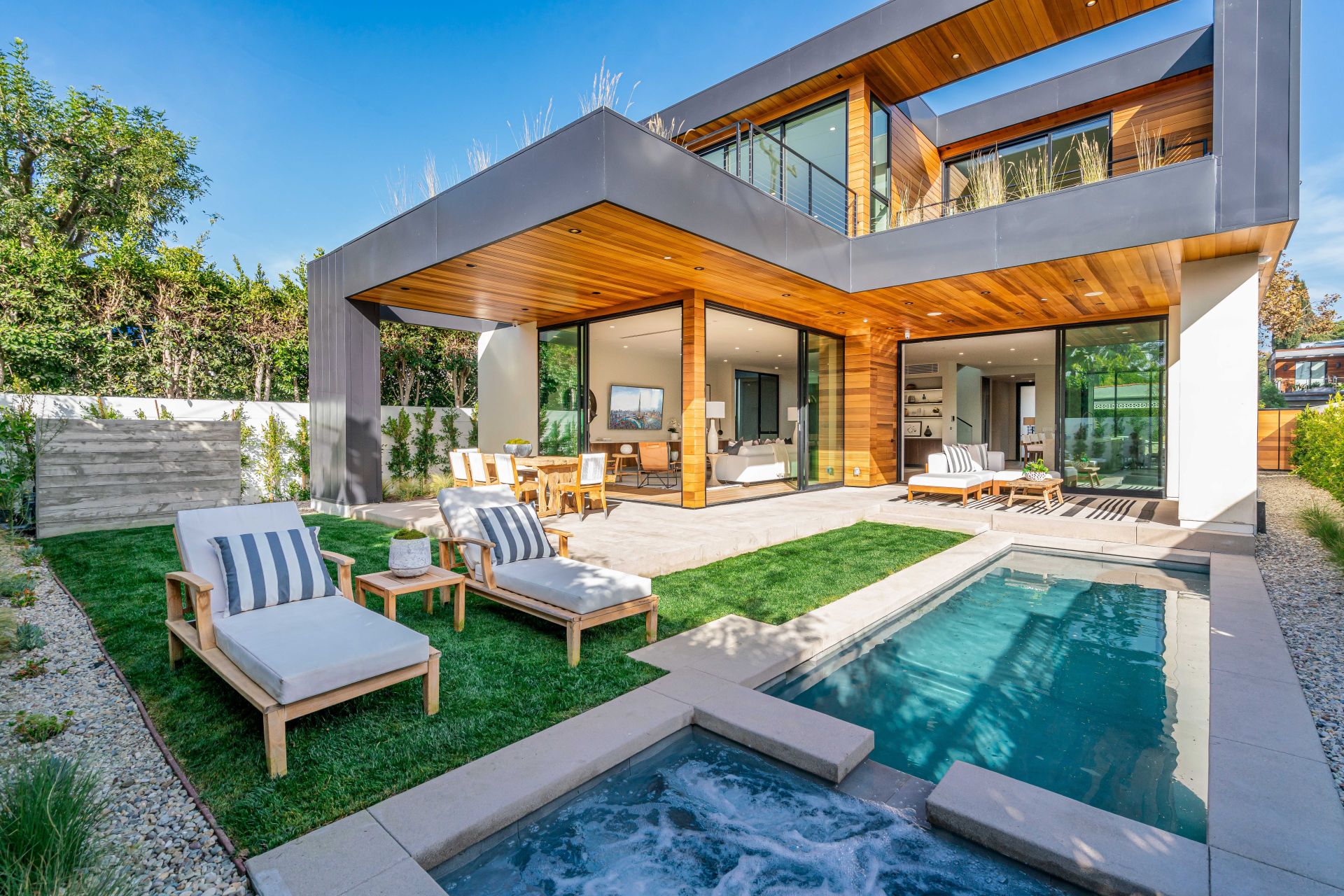 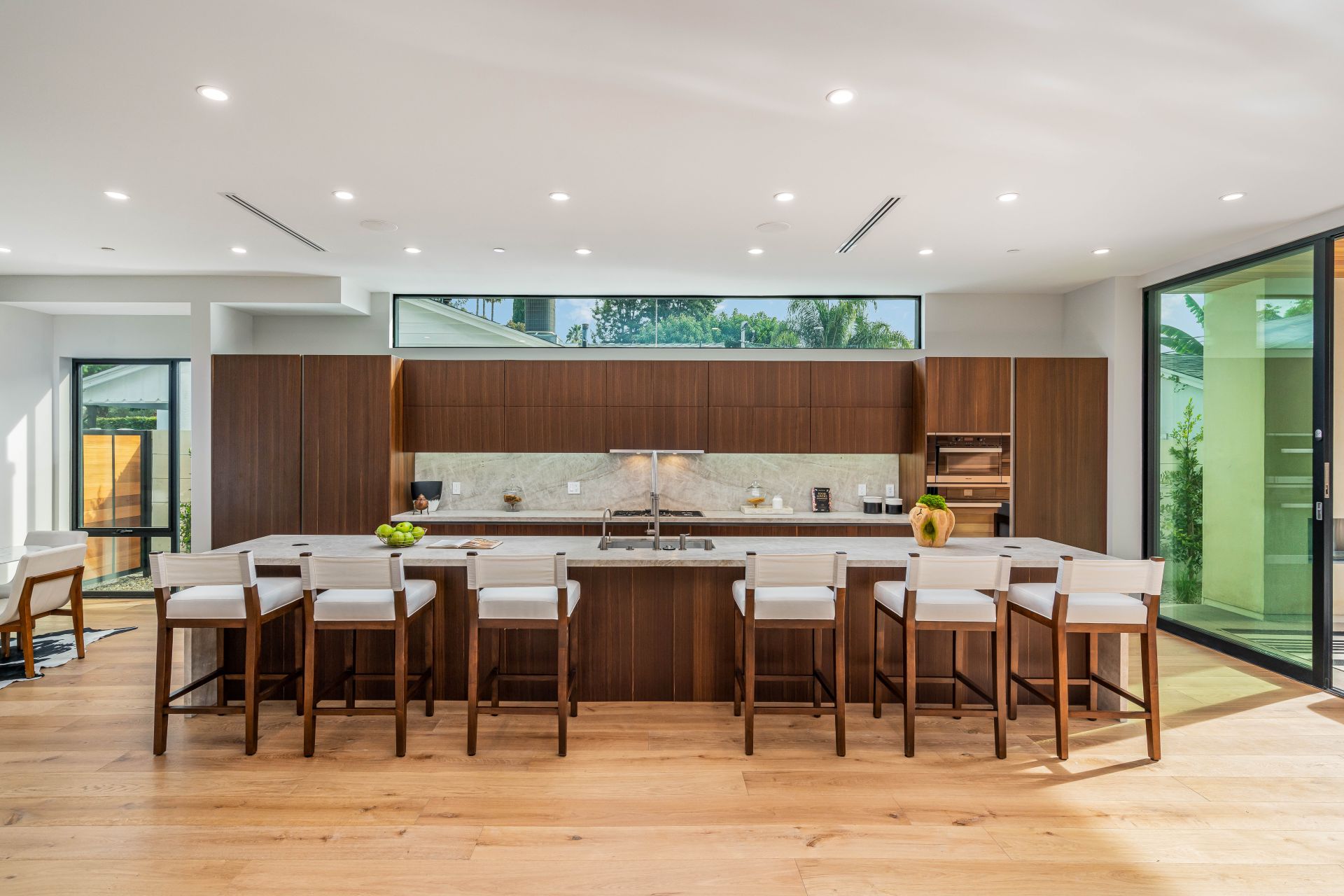 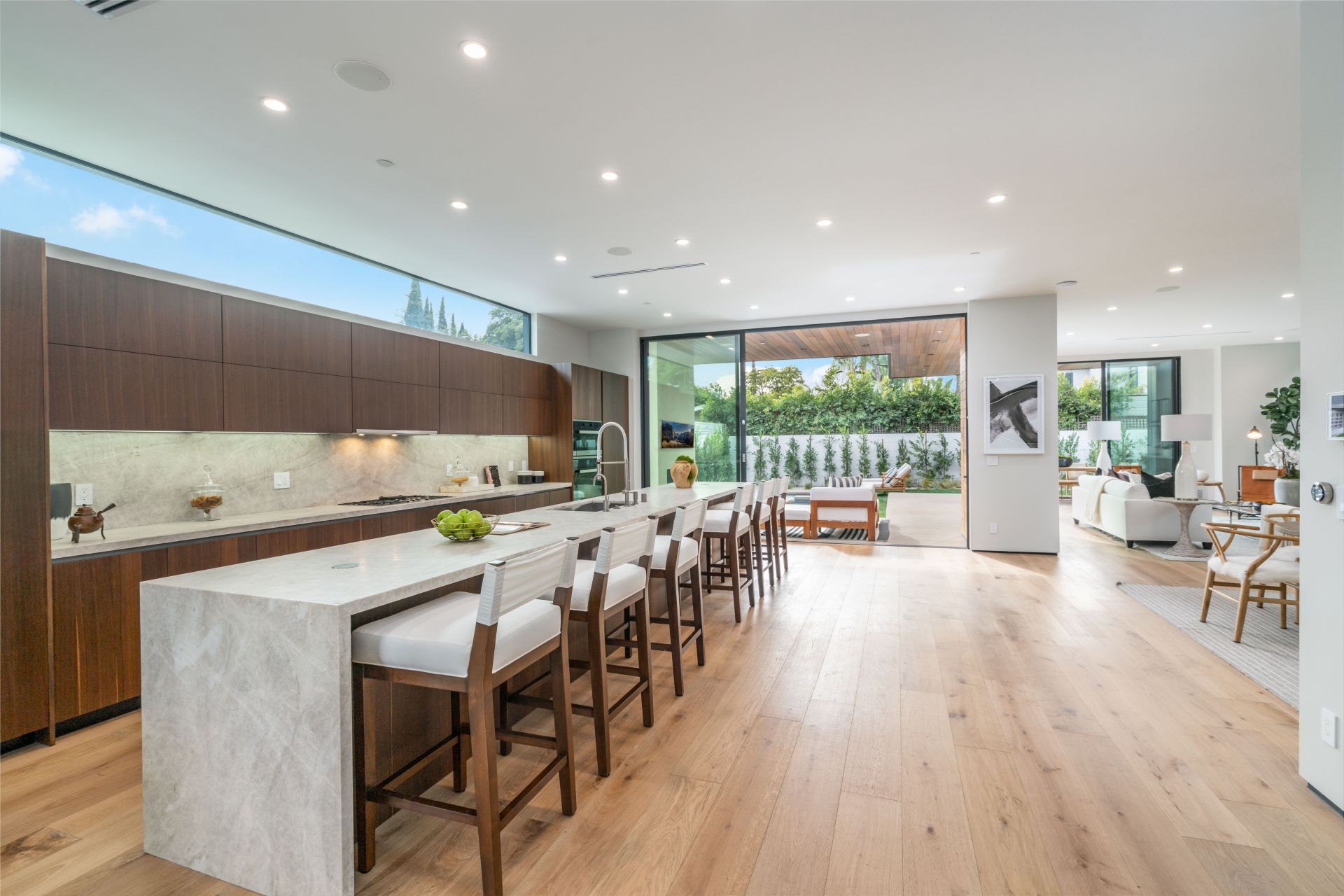 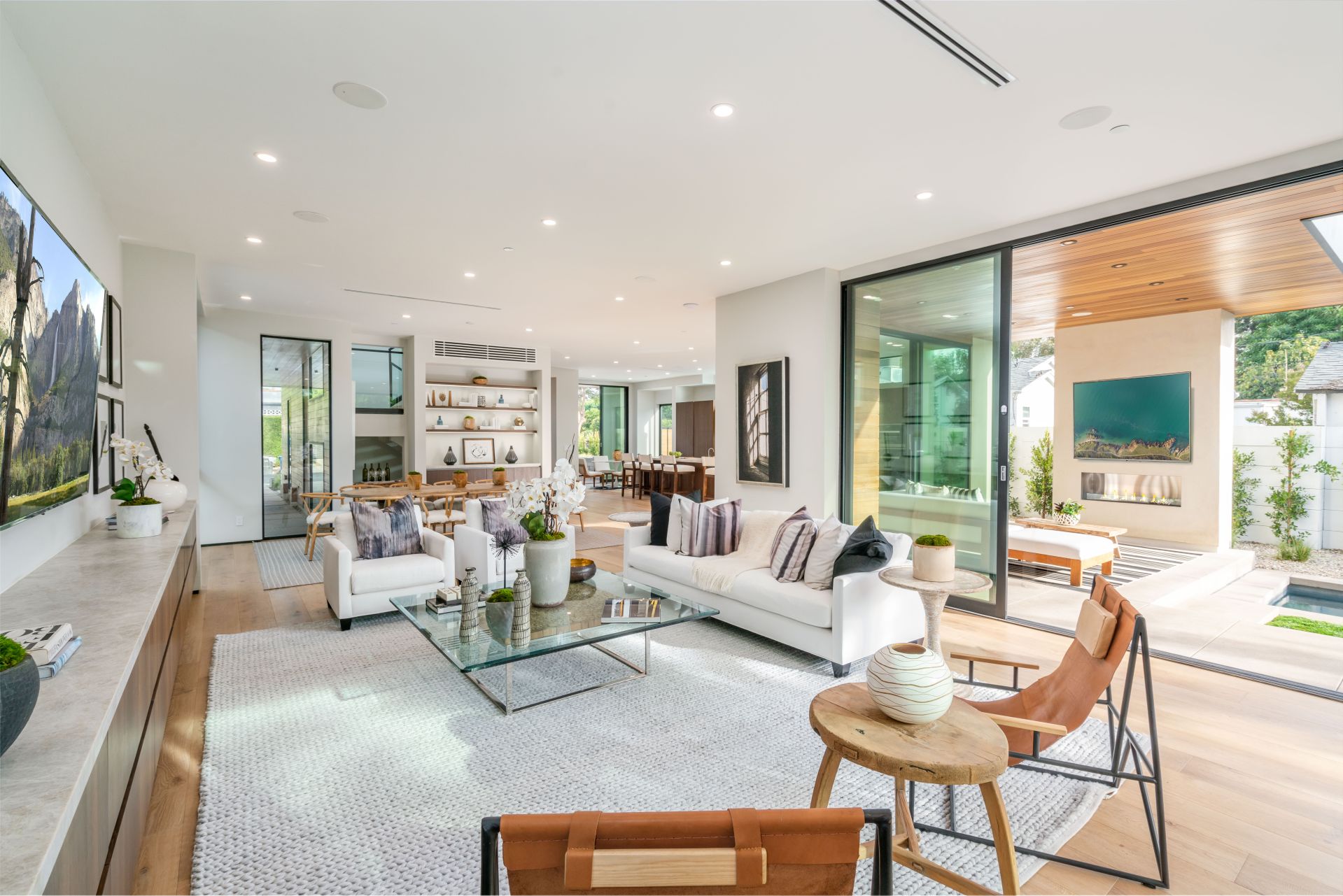 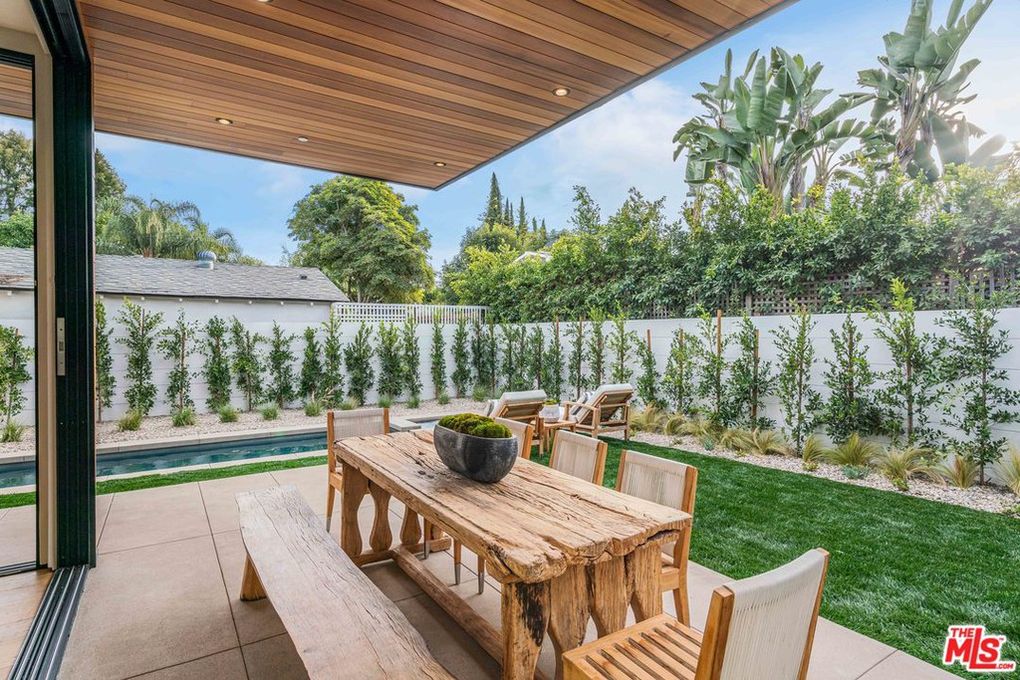 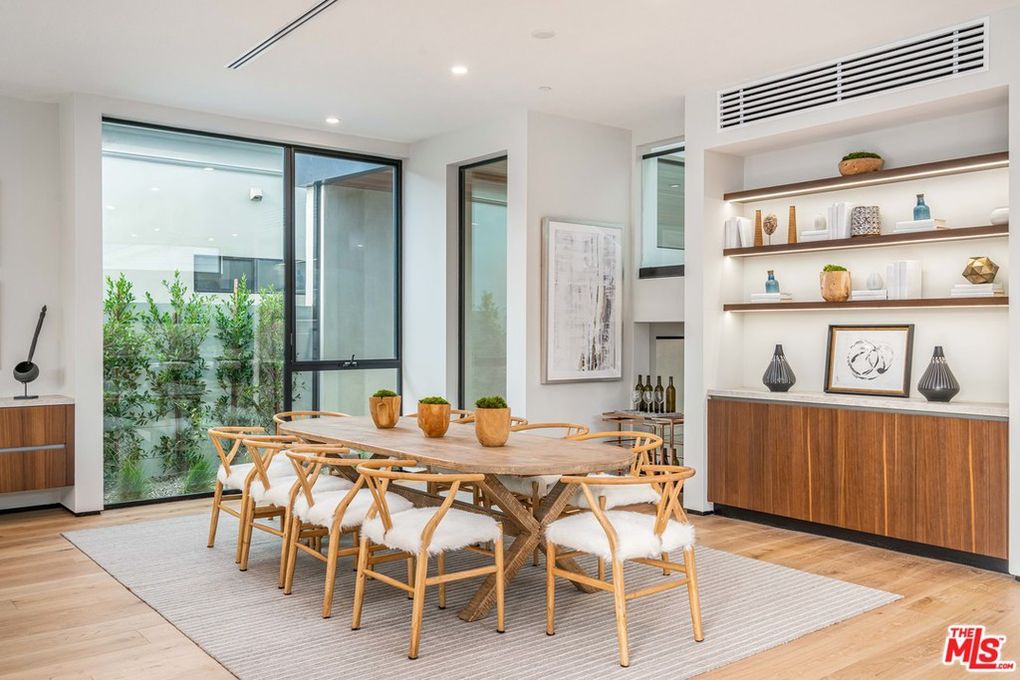 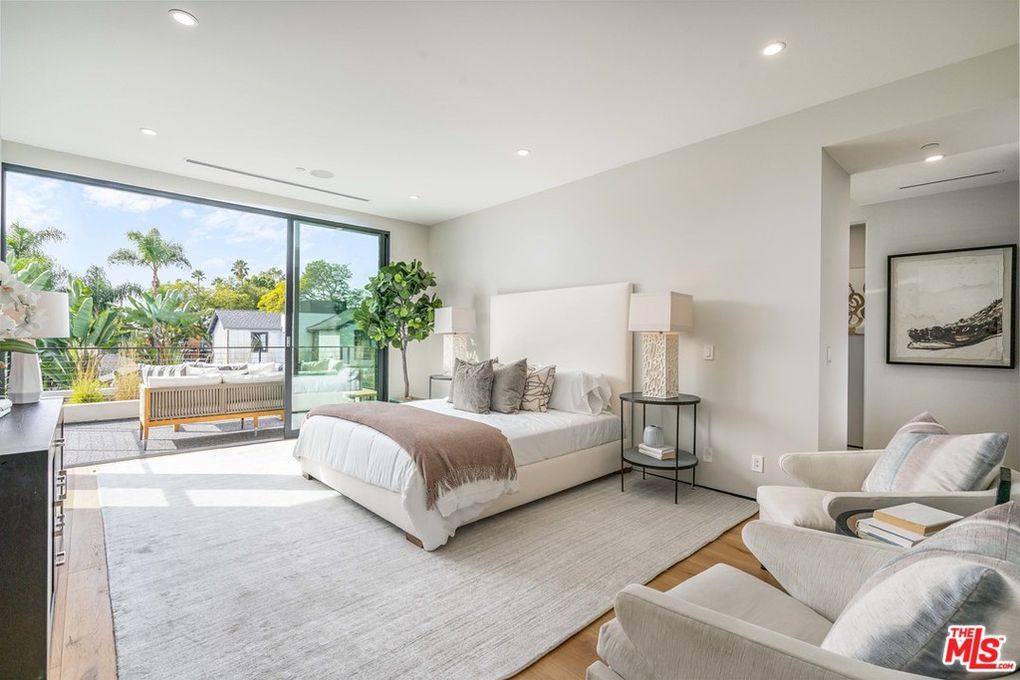 The master suite is on the second floor.
Courtesy Benjamin Illulian/Illulian Realty.
Advertisement 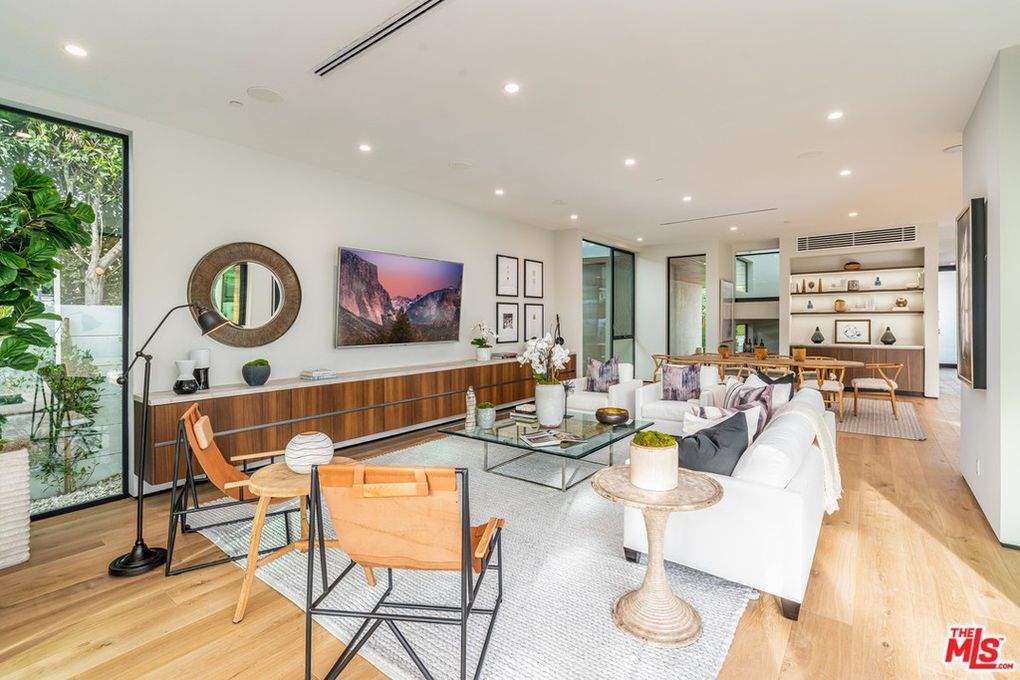 They paid $5.1 million for the home.
Courtesy Benjamin Illulian/Illulian Realty. 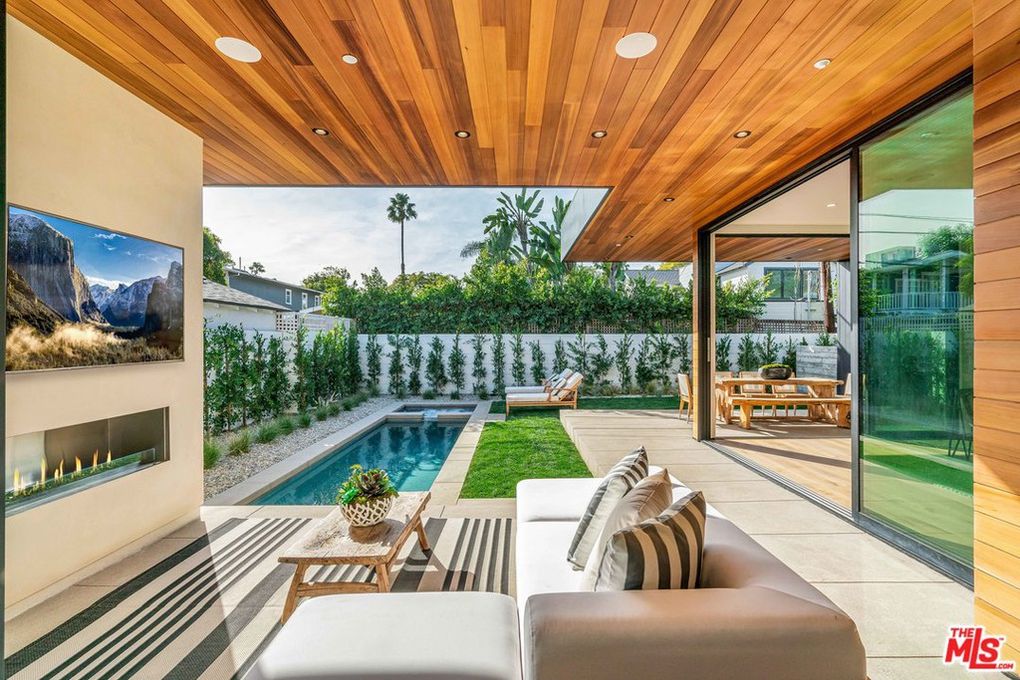 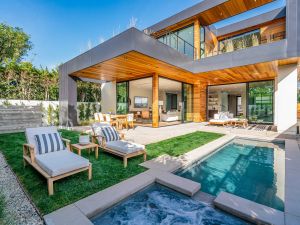 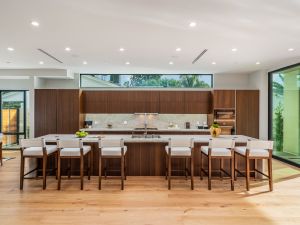 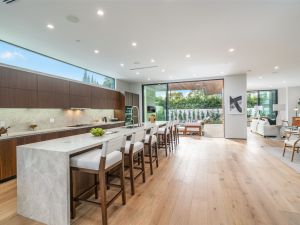 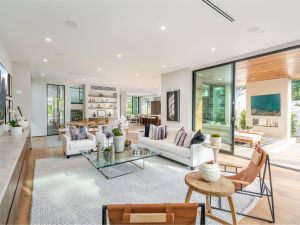 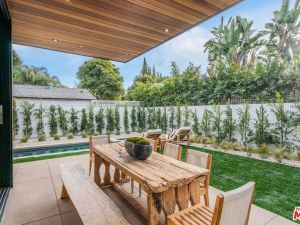 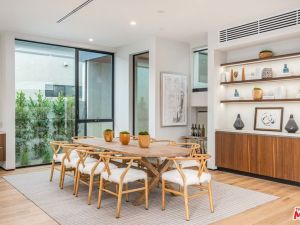 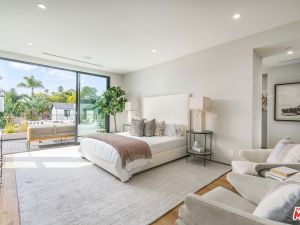 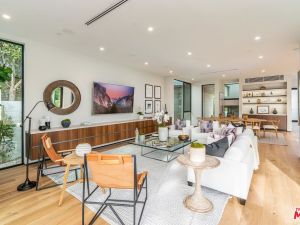 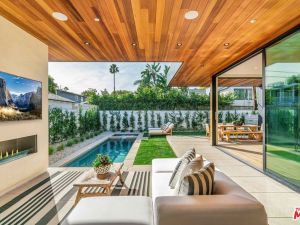 John Legend and Chrissy Teigen just added another home to their real estate portfolio. The pair recently purchased a second penthouse in New York, in the same building where they already own an apartment, and now they’ve scooped up a four-bedroom, four-bathroom West Hollywood residence.

The kitchen is equipped with Miele appliances, wood cabinetry and a lengthy 20-foot island, with a marble countertops and backsplash as well as bar seating and a breakfast nook.

A floating wooden staircase leads upstairs. The master suite is located on the second floor, with direct access to a private balcony. The bathroom has double sinks, with a separate shower and tub, and there’s a walk-in closet.

There’s a plunge pool and spa outside, as well as floating indoor and outdoor gardens, per the listing held by Benjamin Illulian of Illulian Realty.

Teigen and Legend already own a (much larger) home on the West Coast; back in 2016, they doled out $14.1 million for a Beverly Hills mansion that once belonged to Rihanna. But it seems that for now, Teigen and Legend aren’t living in their new West Hollywood abode nor their sprawling Beverly Hills house. Instead, they’re reportedly quarantining with their two children at a beach home they’re renting in Malibu.