Not many television shows have played around with genre and medium as much as Community. When it first aired in 2009, the show was streets ahead of the rest of the comedy television we had seen before, despite its rocky run at NBC, where it was nearly canceled at the end of every season.

Community managed to overcome every hurdle, even getting a sixth season on Yahoo! Screen, which ultimately drove the streaming service into the ground. That one minor scene from the series, which showed Abed Nadir (Danny Pudi) screaming “Six seasons and a movie!” about his ideal run for a show that he really liked, ended up becoming the rallying call that saved Community.

We got our six seasons, and it’s about time we got the movie. From whom, you ask? Netflix, of course!

All of Community hits Netflix today, April 1—and this is not joke

That’s right, Netflix is bringing all seasons of Community to you, starting today. Sony opened up the streaming rights of the series back in October 2019, and Netflix grabbed the global streaming rights for Community. Now, we know Netflix is always making deals to maximize its content library, but this one is special.

The streamer has recently taken to capitalizing on popular shows by making Netflix Original sequel films. They did it with two of Nickelodeon’s animated series—Invader Zim, with the movie Invader Zim: Enter the Florpus, and Rocko’s Modern Life, with a movie titled Rocko’s Modern Life: Static Cling. Both these films were released in 2019. They also did the same thing with Breaking Bad, giving it an epilogue movie titled El Camino, also released in 2019. They clearly have a strategy going for them here.

When it comes to streaming rights, Netflix actually picked up on the greatness that Breaking Bad was about to become very early on, which led it to ultimately distributing El Camino. Community has a cult following, sure, but it struggled with viewership during its run. Netflix is perfectly placed to make the series mainstream now, in a more appreciative time, and to give us the movie in the process. The fact that Netflix is picking up the global streaming rights for Community hints at exactly that.

The stars (of Community) have aligned

The Community movie hype never slowed down. It’s not just the fans of the series that have been pushing for it, but the stars as well. To begin with, Alison Brie (Annie Edison), who actively works with Netflix on multiple projects, said in a Vulture interview last year that “If the Community movie ever gets made, it should just be made for Netflix.” Vulture also had a Community reunion panel later in 2019, where the stars all vowed to return for the movie if creator Dan Harmon were to write it.

More recently, however, there has been a clearer buzz about the Community movie. Alison Brie commented on a Reddit AskMeAnything thread in February 2020 suggesting that early talks about the film might have already begun.

Yvette Nicole-Brown (Shirley Bennett) then hinted about the same on Twitter:

I also got an interesting call.
You never know… 😉❤️ #GreendaleForever https://t.co/GJsOFU3Lit

This was about a month before Community’s arrival to Netflix was announced, so it’s very likely that the two events are related, and this I say without needing to put on my tin-foil hat.

If that wasn’t enough, Ken Jeong (Ben Chang) has been tweeting about Community even more frequently since the Netflix news dropped, and Joel McHale (Jeff Winger) seems to be very supportive of the #SixSeasonsAndAMovie movement.

Right. My bad. Here it is: #sixseasonsandamovie https://t.co/wFd735zznl

Netflix has also worked with many of the Community stars on its original programming: Alison Brie on multiple projects, including the Netflix Original series Glow and critical darling BoJack Horseman; Joel McHale on his talk show, The Joel McHale Show, Gillian Jacobs (Britta Perry) on the romantic comedy series Love, and Jim Rash (Dean Craig Pelton) on the Stranger Things aftershow Beyond Stranger Things. It’s not going to be hard for them to rope in the rest of Community’s cast.

The story is not over yet

The sixth season of Community did wrap up the story to give us fans some closure. The series ended its run with an extraordinarily comforting finale, giving us cues about the future of all our favorite characters. Well…all but one.

Troy Barnes, played by Donald Glover aka Childish Gambino, went on a voyage around the globe in Season 5 to be able to claim the riches that the maniacal Pierce Hawthorne left him, and he never returned. This one major loose end is precisely what should drive the movie, and many Community fans seem to agree. The story is right there, waiting to be told.

Of course, Joel McHale has joked that it would take a million dollars to bring Donald Glover on board, but we’re sure Netflix can take care of that. The company reportedly once paid 100x that five years ago for the rights to Friends. It’s got money.

Netflix is surely not underplaying Community’s arrival into its content catalogue, which makes me feel that they’re interested in a future with the show.

Community is coming to Netflix April 1st! No foolin' 🙌 pic.twitter.com/JLt22XXExN

Netflix has a lot of traction in this direction, and it would be only fitting that they make the movie now. Of course, it’s not something that will happen immediately, given that the cast members all have busy schedules now, and creator Dan Harmon has more Rick and Morty to make, not to forget the current Coronavirus shutdown. However, if there’s anybody that has a chance, it’s Netflix.

So as a dedicated long-time fan, I say, Netflix, do it! Fulfill our #SixSeasonsAndAMovie dreams. 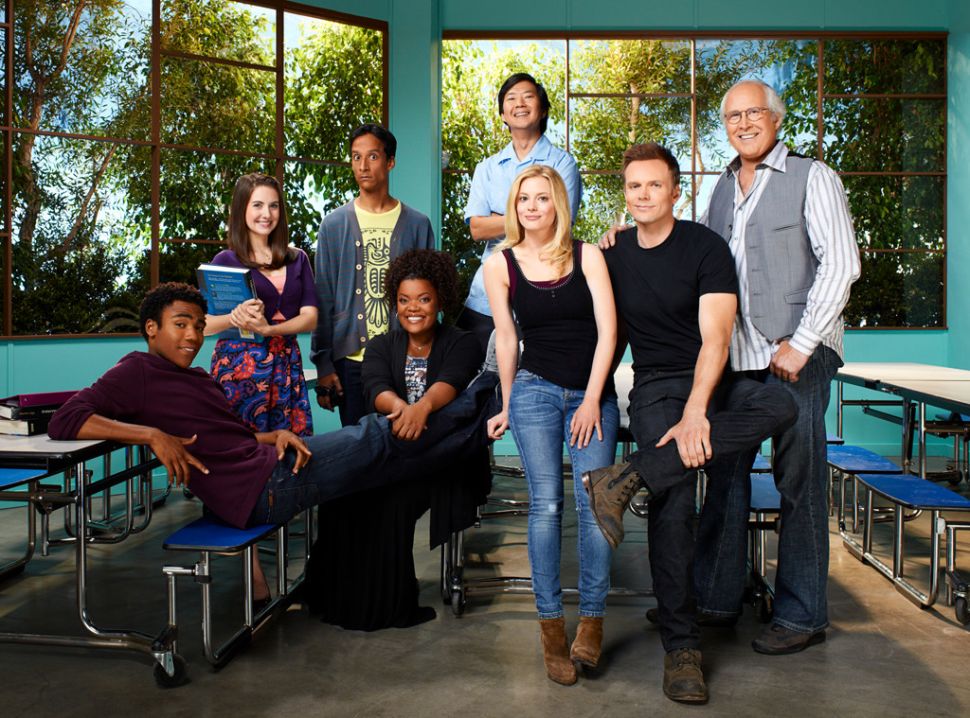