Over the past two weeks of coronavirus-induced economic shutdown, nearly 10 million Americans have lost their jobs and filed for unemployment benefits. But, as you may have figured, the pandemic’s actual blow to the labor market is probably worse than what government data suggests.

At least that’s the view held by Janet Yellen, the former chairwoman of the Federal Reserve. In an interview with CNBC on Monday, Yellen said the unemployment rate may have jumped to 13 percent (from a record low of 3.6 percent just over a month ago) and the overall economy has contracted 30 percent just one month into the second quarter.

“If we had a timely unemployment statistic, the unemployment rate probably would be up to 12 or 13 percent at this point and moving higher,” the former central bank chief told CNBC, adding that second-quarter gross domestic product (GDP) is already down “30 percent, and I’ve seen far higher numbers.”

“This is a huge, unprecedented, devastating hit,” she warned, “and my hope is that we will get back to business as quickly as possible.”

However, with COVID-19 cases and death toll on the rise, there’s no signal in sight suggesting that the economy is ready for a reboot. Even President Donald Trump, who initially wanted to re-open the economy by Easter, has decided to extend stay-at-home and social distancing guidelines to April 30.

“We don’t know exactly what the future will hold — but at a minimum, we assume that it will include a bad recession combined with some kind of financial stress similar to the global financial crisis of 2008,” Dimon said in his annual shareholders letter published on Monday. “Our bank cannot be immune to the effects of this kind of stress.”

JPMorgan is the largest bank in the U.S. Dimon assured customers and investors that, even in an “extremely adverse scenario” in 2020, the bank can still lend out an additional $150 billion with its $500 billion liquid assets in house and more than $300 billion in borrowing capacity from Fed sources if needed.

That said, “as we get closer to the extremely adverse scenario, current regulatory constraints will limit additional actions we can take to help clients,” Dimon added, “in spite of the extraordinary amount of capital and liquidity we could deploy.”

Dimon promised that while JPMorgan “will participate in government programs to address the severe economic challenges, we will not request any regulatory relief for ourselves.”

The good news is that, sooner or later, the economy will see a rebound. Yet, Yellen warned that whether— and how quickly—the U.S. economy will jump back to its pre-coronavirus level depends on how bad the rock bottom will look like.

“I think a ‘V’ [shape growth curve] is possible,” she explained, “but I am worried that the outcome will be worse and it really depends to my mind on just how much damage is down during the time that the economy is shut down in the way it is now.” 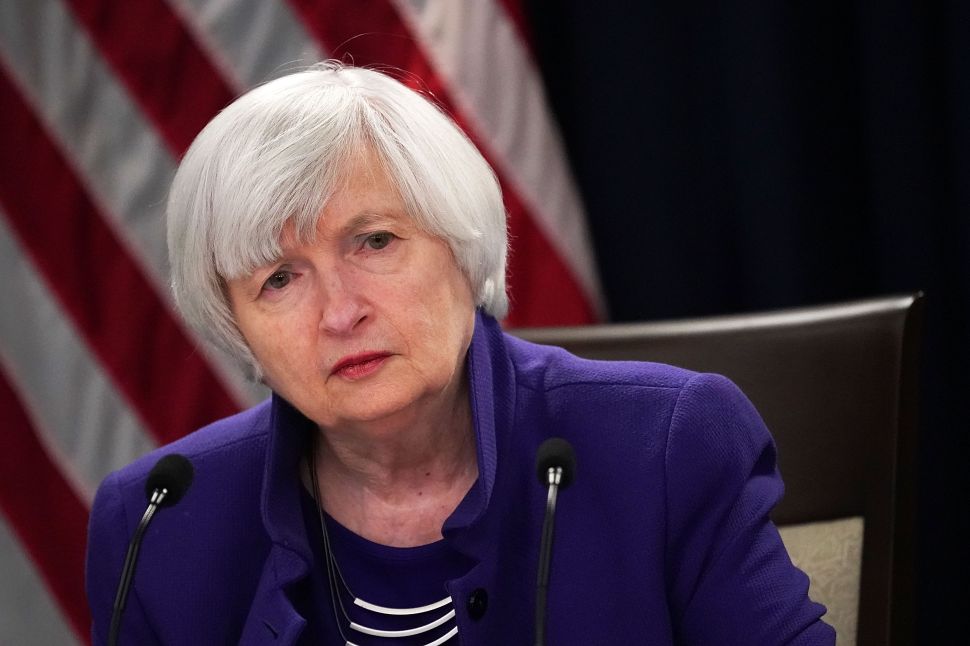