It’s no secret that the coronavirus pandemic has brought about a widespread economic downturn amid global self-isolation, social distancing and quarantine. For the entertainment industry, this has resulted in the closure of most major theater chains, theme parks, hotels and resorts, and cruise lines as individuals remain at home. Conversely, this had led to a surge in both linear television and digital television consumption. Unfortunately, this has not led to an economic boon in most instances.

COVID-19 has been having a devastating impact on the TV broadcasting industry as firms have been reluctant to spend on ads, says GlobalData, a leading data and analytics company.

Danyaal Rashid, Thematic Analyst at GlobalData, comments: “COVID-19 has led to significant cuts in TV ad spending, affecting those broadcasters that rely on ad revenue to survive. Brands are reluctant to burn their limited cash reserves on ads, especially since this won’t stimulate demand in an economy shut down by non-market forces.”

Linear television ratings are up, as are streaming traffic and new sign-ups. But falling ad revenues are taking their tolls on legacy broadcast networks as well as advertising-video-on-demand platforms (AVOD). In GlobalData’s Thematic Rankings for the music, film and TV sector, TV broadcasters have fallen several positions due to their exposure to COVID-19. Comcast has fallen four places, from eleventh to fifteenth, while India’s Zee TV has fallen seven places, from ninth to sixteenth. 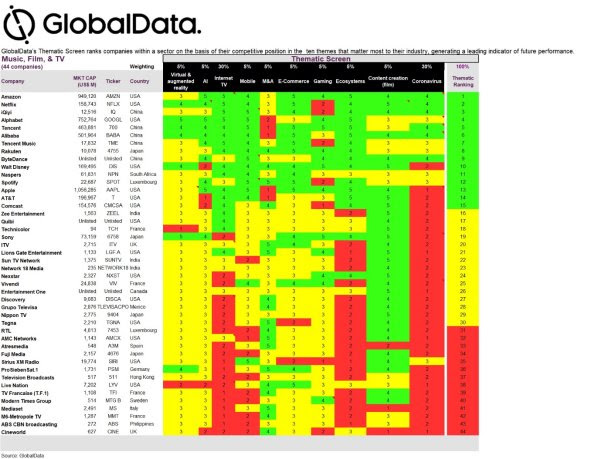 While many industry observers have been insisting that linear television is in need of a major overhaul amid the cord-cutting crisis of the last decade, change has been slow to follow. However, in the face of an unprecedented downturn, long-held standards are falling by the wayside. NBCU’s Chairman of Advertising & Partnerships Linda Yaccarino announced last week that viewers of NBCU content will see less commercial time on linear platforms as the company adopts its Peacock ad-plan for traditional broadcast. On Monday, the New York Times suggested that Disney executive chairman Bob Iger is prepared to bring an end to traditional advertising upfronts, a major change from standard broadcast practices.

Rather than being applauded as bold and necessary changes to adapt to the marketplace, these significant shifts are being viewed as concessions to the financial consequences of COVID-19. And it doesn’t stop with linear TV.

Rashid adds: “While TV broadcasters are struggling, streaming services have been doing very well. This could be a turning point in the TV industry, with a significant pivot towards streaming. The revenue of subscription-based streaming platforms such as Netflix will remain unaffected by cuts in TV ad spending.”

Yet not all streaming services are strictly ad-free. Among the major players, both Hulu and CBS All Access offer ad-supported packages as does the newly introduced Quibi and NBCUnviersal’s upcoming service Peacock. Domestically, roughly $70 billion is typically spent on ads with just a fraction of that total being funneled into digital platforms. Hulu generates roughly 75 percent of its revenue from its ad-supported model. But as former Viacom digital media executive Andrew Rosen points out in his latest PARQOR newsletter, “linear audiences do not seem eager to adopt AVOD services as a replacement for linear TV.”

Compounding the issue is the sense of uncertainty permeating the entire industry. Recovery and stimulus plans are impartial as the pandemic’s timeline remains a guessing game; innovations to combat the crisis lack support as both advertisers and networks are unsure of which major televised events will actually make it to air. No one is sure what to do next. 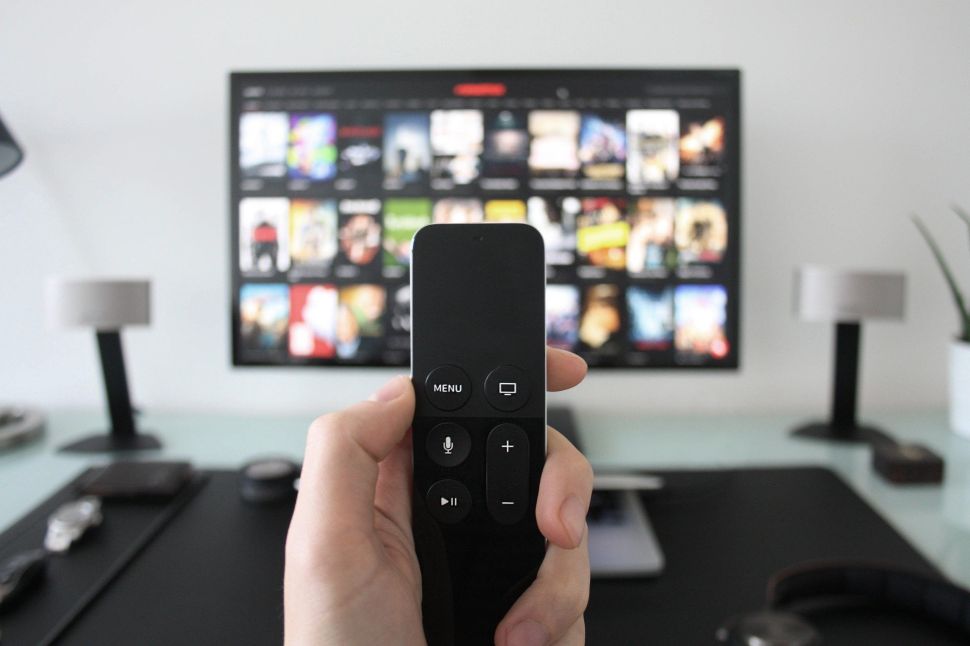