Happy 4/20! The old Deadspin team is back to blogging—again.

The former writers of the popular sports and culture site—undeterred by unemployment or underemployment, the ongoing coronavirus pandemic and ex-bosses with widely criticized editorial mandates—have returned to their provisional home, Unnamed Temporary Sports Blog, for five days of paid writing. Their aptly timed efforts start this morning and are supported by Sunsoil, the CBD oil brand.

“We’re dumb,” editor Tom Ley joked in a phone call with Observer Monday morning. “During our first phone conversation [with Sunsoil] we didn’t realize that the 4/20 connection was a thing. We were just looking for a week to do it when there might actually be some sports news to talk about.” Despite the pandemic’s suspension of practically all professional play, this week’s sports headlines include the NFL draft and news around The Last Dance ESPN documentary series on Michael Jordan and the Chicago Bulls.

“After we realized the 4/20 angle, that was kind of funny,” he said. “We were of course happy to accept whatever money anyone wanted to give us to have a job for a week.”

True to Deadspin’s legacy, the writers also plan to do “quite a few” posts that aren’t sports-related at all, Ley said, especially since there isn’t a ton of breaking sports news to cover. Writer Drew Magary will promote his new novel Point B as well as return to his long-running Jamboroo column—which covered topics like the NFL draft, but also layering season and his personal life. And as with Unnamed Temporary Sports Blog’s first foray, Ley and Magary will be joined by the rest of their ex-Deadspin cohort.

“It’s pretty much the whole crew,” he confirmed. “I think it’s like 15 or 16 of us. It’s basically everyone who quit from Deadspin who has not gotten a real job, which is quite a lot of us.”

As Ley explained in an FAQ published to the blog on Sunday night: “We’ll post blogs about whatever the damn hell we feel like.” And as for the fact that there were few if any sports being played during a pandemic: “Not your problem, bud!” The post is accompanied by a bright green image illustrated with a smily face and stick figure that appear to have been designed in MS Paint.

Like everything else on Unnamed Temporary Sports Blog, which launched as a three-day partnership with Dashlane pegged to the Super Bowl, the aesthetic matches vintage Deadspin’s approach: arch, concise and informed. That worked for Sunsoil, a Vermont-based company that sells CBD products, which reached out to explore a partnership, Ley said.

“We need great voices to help us make sense of the world, especially now,” Bharat Ayyar, Sunsoil’s vice president of e-commerce said in a statement reported by The Daily Beast.

For fans of the these writers it’s a welcome development in the saga of G/O Media, the private-equity-controlled company that owns Deadspin, and the site’s former staff. They worked for the company until each of them resigned in solidarity following the firing of longtime employee and acting editor in chief Barry Petchesky. G/O Media’s chief executive Jim Spanfeller showed him the door in late October for defying the “stick to sports” editorial mandate. The sites’ GMG Union, represented by the Writers Guild of America East, has had editorial independence provisions in its collective bargaining agreement—a contract that private equity firm Great Hill Partners inherited when it purchased the sites from Univision.

A statement about our vote of no confidence: pic.twitter.com/zBun2OJvRe

After an initial failed attempt at keeping Deadspin active using freelance labor, G/O Media’s editorial director left the company shortly after the Deadspin staff’s exodus, and the site lay dormant for months. It was later relocated to Chicago and relaunched in mid-March under newly installed editor in chief Jim Rich, who previously edited The New York Daily News, as COVID-19 shut down the sports world.

The ensuing months-long blowback at G/O Media has driven more writers and editors away from the company, including at least two resignations last week at Kotaku and Gizmodo. The company also took flack in November for shutting down its political news site Splinter, which ceased publication in the middle of a US Presidential primary heat. In January, the union announced a vote of no confidence in Spanfeller, who has been jokingly referred to as an herb both on the websites he manages as well as by former employees and observers on Twitter.

When asked if the Unnamed Temporary Sports Blog would run any blogs about herbs this week, Ley chuckled and said no specific herb-related blogs were planned as of yet. 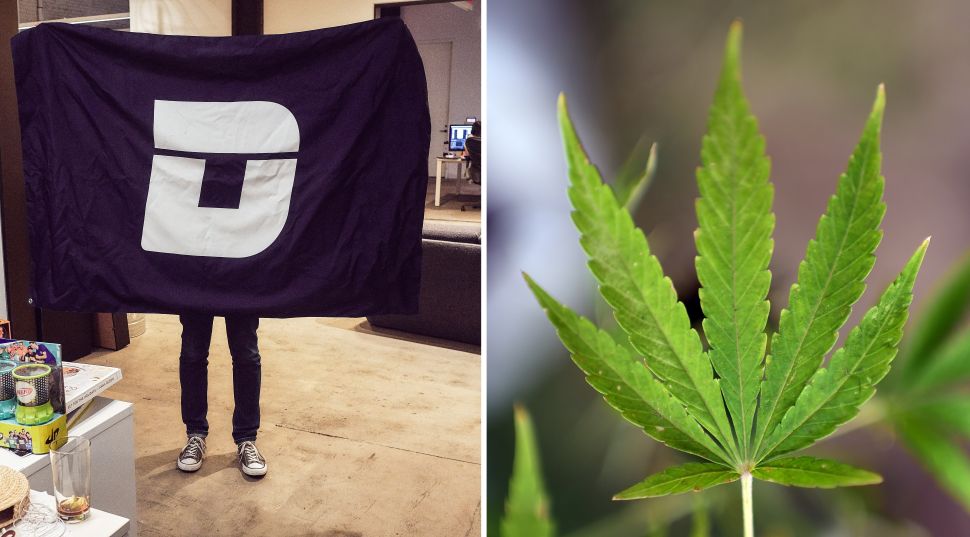