Apple TV+’s splashy new miniseries drama Defending Jacob is good, it’s just not good enough. That may sound like a harsh indictment of the show’s quality, but it isn’t meant to be. Creator Mark Bomback (War for the Planet of the Apes) ably adapts William Landay’s 2012 novel of the same name and cleverly rejiggers events to add an extra layer of ambiguity. But, like nearly all of Apple TV+’s ho-hum library with the exception of Little America, you’re left feeling as if Defending Jacob is heading towards a hung jury.

Prior to launch, it felt as if Apple TV+ defied classification, and not in the good way. It simply wasn’t clear what kind of identity the new streaming service wanted to construct for itself. What brand would this new platform compose at a time when TV is trying to support more than 500 scripted series? In retrospect, the answer is obvious. Apple is attempting to reverse-engineer an Emmy winner with the same elitist formula of its product sales. Mega-watt Hollywood stars such as Jennifer Aniston, Steven Spielberg and Oprah Winfrey combined with endless production budgets.

SEE ALSO: Why NBCU’s Peacock Will Fly (Even If It Doesn’t Take Off)

Defending Jacob, an eight-episode miniseries, follows assistant district attorney Andy Barber (Chris Evans) and his wife Laurie (Michelle Dockery) as their seemingly idyllic upper-middle class suburban life is detonated when their 14-year-old son Jacob (Jaden Martell) is arrested for the murder of his classmate. Structurally, Bomback delivers the show from points in time both leading up to the murder and after the climactic event, as we begin with Andy being interrogated during a grand jury proceeding 10 months after the murder.

Like most investigative crime shows, the driving force of Defending Jacob‘s interest is the truth behind the evil. While the show’s central mystery isn’t quite as enthralling as, say, the first season of True Detective, the clues and red herrings dropped in front of viewers are compelling enough to maintain curiosity. The real heft comes from the ripple effect of Jacob’s arrest on the rest of the family.

Evans, far more subdued than his stars-and-stripes Marvel run, believes he can fix an irrevocably broken situation by sheer force of will. His intentions are pure—“I was protecting him from his own stupidity. I was being a father,” he says early on—but he can’t shake the blinders of parenthood. Dockery gets to play with more nuance as a mother desperately wrestling with what her own son may or may not be capable of and, thus, her own perceived guilt and responsibility. It quickly becomes apparent that there will never again be normalcy in their lives as mundane everyday tasks such as grocery shopping and typical workdays become Sisyphean obstacles.

Martell shines beyond his years, providing the necessary callowness and sullen detachment that real teenagers often carry. Jacob is an intelligent but oddly unaffected young man, and you’re never quite sure if he’s an innocent kid caught up in a terrible scheme or something far more sinister. Add in compelling supporting turns from the always fantastic J.K. Simmons as Andy’s father and Betty Gabriel—who absolutely needs more screen time in all of her projects—as a helpful detective and there’s no real weak link among the cast.

And while Defending Jacob looks like an authentic and high-production value proposition complete with beautiful aerial shots (shout out to director Morten Tyldum) of Newton, Massachusetts, and well-known actors, it’s a bit of a trudge even at eight episodes. The ending is a truly excellent reformation on the idea that ignorance is bliss, but the middle episodes are far too concerned with moody atmosphere and indulgent pacing. This is a murder mystery that, at times, drags its feet to the resolution. That’s a far cry from the crackerjack thrills of its written counterpart.

Is Defending Jacob, which will premiere its first three episodes on April 24 and then release a new chapter every Friday, worth checking out? Absolutely. But the high-profile names involved and impressive production are what really separate it from your standard basic cable crime dramas and not necessarily the content itself. That’s the problem with Apple TV+ thus far—potential is being left on the table in the era of prestige Peak TV. 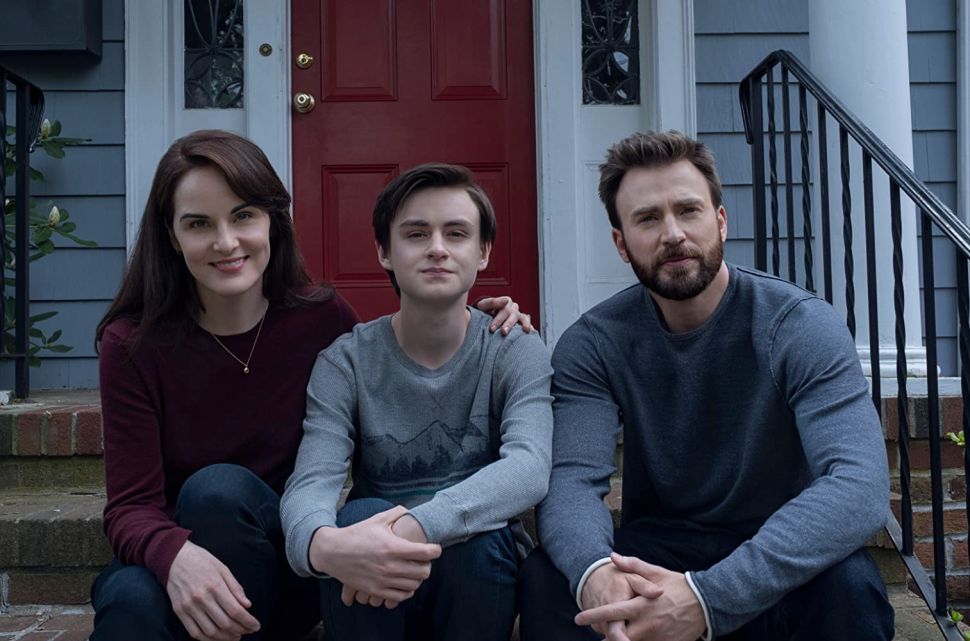