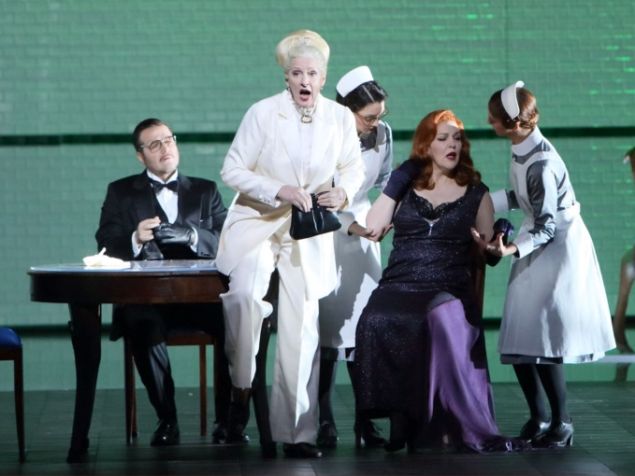 “Had we but world enough and time,” sighed poet Andrew Marvell a few centuries ago, impatiently exhorting his celebrated “coy mistress.” Those of us in love with opera have, through the social distancing enforced in recent weeks, found ourselves in the tantalizing position of having time to enjoy our infatuation but no live performances in which to indulge.

So much the better, then, that so many of the world’s opera companies have stepped up with streaming video from their archives. (According to the Met’s press office, the company’s nightly presentations have attracted more than 4 million viewers!)

A particular delight for the aficionado is the presentation of some companies’ more challenging Regietheater stagings, performed in non-traditional or non-realistic styles—for instance, the Met’s stunning Willy Decker take on La Traviata shows up on April 24. More such productions are currently streaming from various European theaters.

One spectacular example is Richard Strauss’ Die Frau ohne Schatten, available on demand from the Bayerische Staatsoper in Munich through April 25. The bizarre fever dream of a libretto by Hugo von Hofmannsthal centers on a demigoddess simply called “the Empress,” who undergoes a series of horrific trials intended to test her morality. Along the way she attempt to steal the shadow of a mortal woman, and her husband the Emperor is transformed into a stone statue.

In the Munich production directed by Krzysztof Warlikowski, the Empress’s moral journey is presented as a series of creepy-looking psychological therapy sessions conducted by the Amah, in the original a sort of nanny, but here a domineering doctor at a chic wellness center. Meanwhile, the mortal Dyer’s Wife is faced with more proletarian temptations, transformed into a “real housewife” and sent a half-naked twink to tempt her sexually.

A simple description of the visual imagery may make the production sound gimmicky, but unifying the show is Warlikowski’s precise depiction of the dream state: the stage pictures are at once crisply precise and subtly unsettling. For the second act scene in which the Emperor suspects the Empress of sexual infidelity, the production sits him down for a maudlin glass of wine in a cocktail lounge otherwise populated by giant falcons.

That precision is mirrored in Kirill Petrenko’s conducting: the music springs to life with so much crystalline detail it’s like watching a movie in 4K HD for the first time. And the cast for this 2013 performance represented the highest peak of Straussian artists at the time, particularly the late tenor Johan Botha, whose singing makes the aloof Emperor broodingly glamorous.

Assuming the Met’s 2020-2021 season goes off as planned, Die Frau ohne Schatten will be an artistic highlight of the spring, conducted by Yannick Nézet-Séguin. The question is, will New Yorkers, having returned to their busy routine, be willing to spare four and a half hours to see it on a weeknight?

But for now, as we shelter in place, we may have that big a chunk of time to spare, and I can’t think of many ways an opera lover could spend those hours than giving this Frau ohne Schatten a thoughtful viewing. 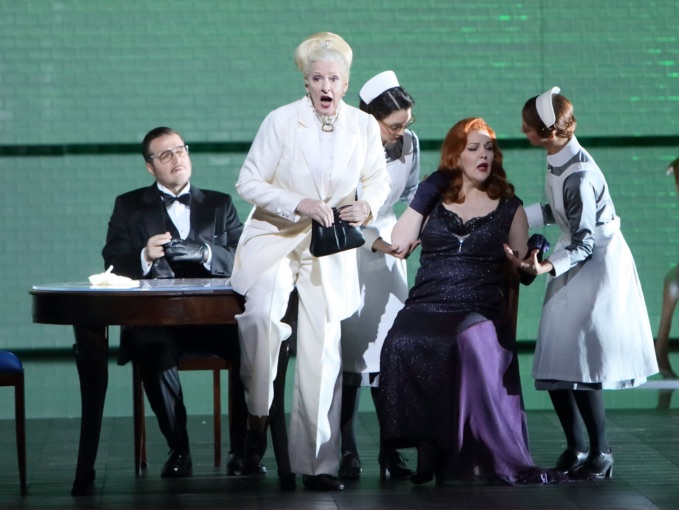