In immensely uncertain times, these women prevailed. It’s difficult not to read Wade’s book with an eye towards our own circumstances and what we’re accomplishing. Speaking about how her subjects kept up their creative work amid chaos, Wade recently told Observer, “Life goes on. You see that in Woolf’s diaries. There’s got to be room for humor and work and boredom. You can’t be living at fever pitch all the time.” Square Haunting demonstrates how five writers managed—through heartbreak and war—to innovate and influence cultural history. Their shared address offered them radical bohemian milieus and, most crucially, a sense of freedom.

Wade, a London-based editor at The White Review, first learned of Mecklenburgh Square through major modernist poet and translator Hilda Doolittle, known by the pen name H.D. Wade was particularly interested in the writer’s life during the first World War, as H.D. experienced significant personal turmoil—a husband at war, affairs on both their parts—and developed her own poetic voice.

Wade realized that Woolf had lived in the very same square during the final year of her life. She began investigating what attracted these luminaries to this place—and discovered that H.D. and Woolf were hardly the only famous residents. “There seemed to be a disproportionate number of interesting women writers who lived there,” said Wade. Intrigued by the coincidence, she embarked on a project to learn what additional secrets the square held.

Square Haunting is organized chronologically by the years that each woman lived in the square. H.D. (1916-1918) comes first. Wade struggled to piece together the writer’s biography, given H.D.’s creative approach to telling her own story. She left behind a cycle of memoirs that merge fiction with fact and reveal disparate attitudes and emphases. “A biographer offers one version of a life, and H.D. lived several,” Wade writes. Yet she’s still able to organize a fascinating record. After bearing a still born child to her husband, fellow writer Richard Aldington, H.D. began grieving and their marriage started to topple. Aldington feared he would soon be conscripted to fight for Britain in World War I. Attempting to make a fresh start, H.D. and Aldington relocated from Hampstead to Mecklenburgh Square. Here, H.D. found creative liberation: Shortly after moving in, she began writing the poems that would comprise her first collection, Sea Garden (1916).

Wade’s next subject, detective novelist Dorothy L. Sayers, moved into H.D.’s former room in 1920. After working as an educator, she wanted to find a place where she could devote herself to literature. She succeeded: A month after moving in, Sayers began drafting her first novel, Whose Body? (eventually published in 1923). It starred the amateur detective character that Sayers would revisit throughout her career: Lord Peter Wimsey.

Sayers, it turns out, harbored an unrequited passion for fellow writer and Mecklenburgh Square resident John Cournos, whom H.D. had rebuffed years before. Wade weaves such echoes and connections into her chapters, revealing just how tight-knit—and incestuous—the creative community in London remained throughout the interwar years.

Wade is particularly good at humanizing Sayers. She details the brilliant writer’s romantic struggles and feelings of inadequacy. Using fiction to extract details about a writer’s life is always tricky business, but Wade skillfully discusses her subject’s view on gender politics as she analyzes the complex relationship that Sayers created between Wimsey and his eventual counterpart, the detective novelist Harriet Vane.

Wade’s next two subjects, Jane Ellen Harrison and Eileen Power, reshaped history with scholarship and activism. As a classicist at Cambridge, Harrison wrote about how ancient Greek society was more matriarchal than previously believed. She lived in Mecklenburgh Square during the final two years of her life (1926-1928), after she’d left academia and developed a passion for Russain translations. Harrison cohabitated with writer Hope Mirrlees, possibly in a romantic relationship. Queerness and alternative domestic arrangements become a common theme in Wade’s tales: These women prove bold in both their personal and professional lives.

Power, an economic historian at the London School of Economics, lived in the square the longest of any of Wade’s subjects (1922-1940). Throughout her career, she embraced pacifism and generated a historical narrative that decentralized male leaders and Western history. This became increasingly important, Wade writes, as Power “began to see how her historical research could be applied to the problems facing contemporary society.” The medieval period on which she’d previously focused suddenly “revealed intriguing parallels to the economics of Soviet Russia, to rising capitalism in Asia, to nationalism in Europe.” Her findings, though prescient, didn’t stop the steady, terrifying march towards World War II.

The shadow of Virginia Woolf, a genius if there ever was one, looms over these women’s biographies. In discussing her other subjects, Wade frequently refers back to Woolf’s groundbreaking feminist essay, “A Room of One’s Own” (1929), which lays out the necessity of a history that focuses on women and a society that gives them the time and space to create. In Wade’s volume, Mecklenburgh Square affords female writers that very room of their own. In the chapter devoted to Woolf, Wade details how her subject’s intention to rewrite history through a feminist lens was cut tragically short: In 1941, Woolf drowned herself.

Wade is fascinated by the interwar period, which she sees as a “time of transition, between the Victorian era with its stricter morals and constraints on women’s lives, and the more modern era that was fast developing.” She called the years “a time of real possibility and change” that could be enacted both in public and in private.

Wade ultimately takes up Woolf’s charge to rewrite history. She details a formative period in Western development not through battles won or soldiers lost, but through five women who changed the way we see the world. 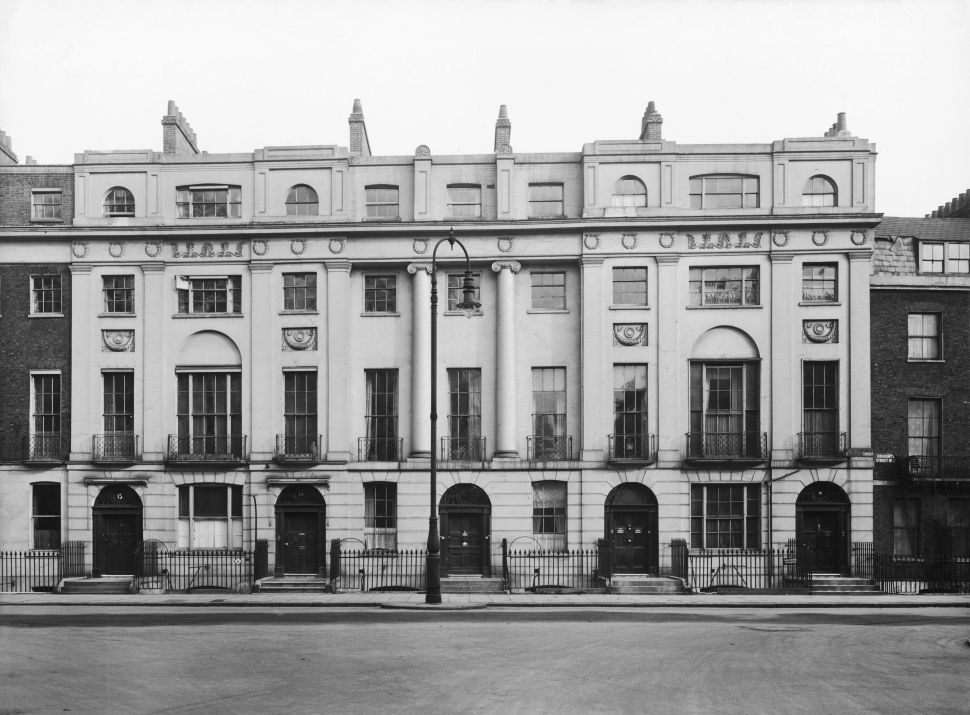