Due to the fact that exhibitions in galleries and museums are being shut down left and right in the midst of the pandemic, some of the art world’s biggest names are having to come up with new ways to generate revenue and showcase the artists they have on their rosters. David Zwirner, for example, launched a new online resource called ‘Platform: New York,’ which is a viewing room hosted on Zwirner’s website that includes offerings from other galleries in New York City that have been made particularly vulnerable. Now, Gagosian Gallery has announced that on April 8, it will launch a new online series titled ‘Artist Spotlight‘ that will draw attention to one work by a single artist each week.

“We discussed presenting our scheduled exhibitions online, but that is not how they were conceived,” Larry Gagosian told Art Market Monitor. “We needed a solution that didn’t require our artists to make that compromise. That is the challenge for us—you innovate and keep your resources and strategies flexible to support your artists when your doors have to temporarily close to a volatile world. And when the market is volatile, it is precision that gets you through.”

SEE ALSO: Art Startup Paintru Wants to Be a Resource for Struggling Artists During the Pandemic

The first iteration of this series will draw attention to Sarah Sze, an artist whose multimedia work incorporates both digital and physical elements. Sze was supposed to have her first solo exhibition in Paris with Gagosian this spring, but for obvious reasons this show can no longer move forward as planned. That exhibition in particular highlighted Sze’s work with lighting installations and painting; her style is characterized by hyper-cluttered visions of tangled wires and glowing screens both actual and abstracted. It’s not immediately clear which one of Sze’s works will be highlighted in the online Gagosian series of if she’ll make something new. Given that Sze is married to cancer physician and trained virologist Siddhartha Mukherjee, author of best-selling The Emperor of All Maladies who has been frequently invited to share his opinion on the worldwide response to COVID-19, it wouldn’t be surprising if any new work Sze was creating was inflected with elements that speak to the concern for global health and wellbeing right now. 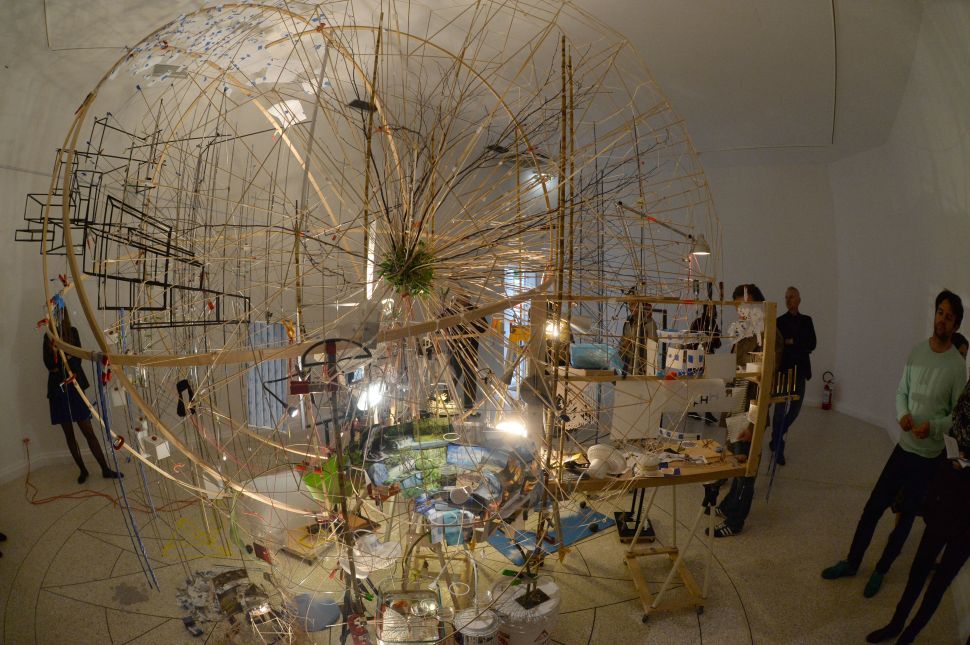