On High Maintenance, both in its Vimeo web series and first three seasons on HBO, you used to see “The Guy” and his customers smoke weed all over Brooklyn. Bushwick was a recurring character, satirized in season 2, episode 2 when a French-language street art walking tour traipses through the formerly hip neighborhood. (Before Lena Dunham was hanging out there circa 2013, Bushwick was a neighborhood where half its residents lived below the poverty line.)

Season four on the other hand, which aired its finale earlier this month, is largely filmed in the central Brooklyn neighborhood of Crown Heights, the JFK airport cameo aside. The portrait it paints of the historically complex neighborhood is less than complete. In the ’90s, Crown Heights was known across the country for a sensationalized three-day riot between Black and Jewish residents. Today, alongside a tight Caribbean community on the north end and a Hasidic population further south, it’s where seemingly every 20-something media professional transplant lives with their three roommates—myself included.

SEE ALSO: The Western ‘True History of the Kelly Gang’ Burns With a Punk Rock Fury

Crown Heights is a neighborhood mid-gentrification. From 2000 to 2015, the northern side of Crown Heights and Prospect Gardens saw a 205% increase in white residents, and a 23% decrease in the number of Black residents. The number of businesses in Crown Heights went from about 1,000 to 1,970. These changes are more visible on certain blocks than they are on others. Reported shootings are fairly common, as is police activity. The feeling of all this is one of incredible diversity: all ages, all walks of life, incomes that vary by hundreds of thousands. On Nostrand Avenue, a sleek cocktail bar sits next to a $4 Chinese take-out window that’s next to a lotto store.

Aesthetically, this makes for a great metropolitan scene to put on TV. In real life, it’s not sustainable. Landlords prefer expensive businesses for higher-paying tenants with expensive taste. In a 2015 New York Times article, journalist Vivian Yee reported that “tenant advocates and lawyers believe that landlords in gentrifying areas like Crown Heights often withhold repairs or basic services from lower-paying tenants, hoping they will get frustrated enough to leave.”

For now, Crown Heights is a 21st-century cultural “melting pot,” a moniker often used to describe New York City as a whole. It’s the perfect set for High Maintenance season 4 and its newfound cadence: feel-good stories about connection across lines of difference that lean so heavily on identity politics that they fall flat. Almost eight years after launching as a scrappy web series on Vimeo before graduating to HBO’s prestige TV ranks, it feels like the show has simply lost its edge. In season 4, we watched a young woman’s quiet anxiety about getting an abortion, a polyamorous couple having a barbecue, and a gay escort get hired for a “boyfriend experience.” Sweet but not memorable.

The most recent season of the show so successfully puts each character at the center of their narrative, it’s a shame the stories have no teeth. In earlier seasons, the show imagined the lives of Brooklyn inhabitants as way weirder, from a lonely dog smitten with his Wag! walker to an asexual magician’s attempt to teach at an “inner city” high school. The strongest scenes in season 4 involve snippets of The Guy’s quandaries, which feel less strained than the pains the creators (Katja Blichfeld and Ben Sinclair, who plays The Guy) take to tell stories of “otherness.”

The conflict of place, an ever-present concern for New Yorkers, is mostly missing from the vignettes. For all the meta references in season 4—to HBO’s on-set “intimacy coordinator” or to the coastal-elite adjacent podcast This American Life—Crown Heights remains anonymous. This feels like a missed opportunity. Not only is the High Maintenance production office located in the neighborhood, and filming permits papered our streets for months, the camera is drawn to imagery unique to Crown Heights in this historical moment. In b-roll footage of feet on pavement, a distinctly Crown Heights scene unfolds: black flats and stockings on Orthodox Jewish women, Black teenagers in Jordans, Birkenstocks on middle-aged white women pushing strollers. By not acknowledging where their tales of morality take place, High Maintenance has constructed a make-believe Brooklyn that sees the socio-economic diversity of Crown Heights as natural, warm and fuzzy. Oh, and The Guy charges $60 for an eighth, which is definitely not the Brooklyn way.

The images interspersed in this article are an exposé of scenes shot in the neighborhood formerly known as Crow Hill—a 19th-century name either stemming from a derogatory term for Black people or from the black and white striped uniforms worn by inmates at the nearby prison. If you look closely, they reveal a history that High Maintenance doesn’t broach. 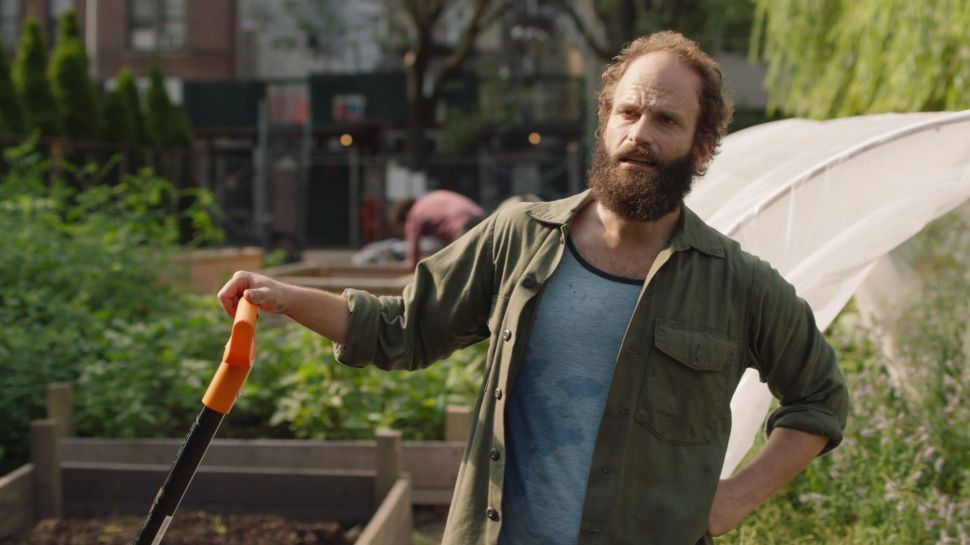