The pandemic has brought nearly every facet of modern life to a screeching halt, and it therefore can be uncannily bizarre to watch, say, a car advertisement that’s been suddenly updated to reflect our current circumstances with faux-grave, blandly sensitive syntax. Consumerism for consumerism’s sake feels oddly outdated now, but with that being said, there are still ripples being made by brands that have already been working on ways to maintain their relevance: there’s a Barbie movie in the works that’s being co-written by Greta Gerwig and Noah Baumbach, and on Wednesday, Barbie is also debuting their Jean-Michel Basquiat x Barbie Doll, a product of collaboration with the late artist’s estate.

This isn’t the first time Barbie has merged with the fine arts: in the past, the brand has produced dolls inspired by the work of Keith Haring, Gustav Klimt and Andy Warhol. However, the release of the new Basquiat doll in honor of this year’s World Art Day raises interesting questions about how people are going to be able to interact with art in non-traditional ways going forward. This isn’t just a matter that’s been made evident due to the constrictions of the coronavirus: it’s an ongoing shift that’s allowed the work of some artists to be solidified in history forever via toys and memorabilia, while other creatives recede into the background.

Basquiat, of course, was a revolutionary and troubled young genius who sought to peel away the coatings shielding the country’s most insidious power structures. In contrast, Barbie represents deeply-ingrained ideas about aspirational American femininity that have proven to be nearly impossible to eradicate: with her tiny waist and limitless roster of careers, Barbie still projects the kind of invincibility that Basquiat was determined to disprove. But then again, there’s something compelling about the match all the same: young children playing with this toy might feel compelled to ask where the colorful designs came from, and thereby be introduced to new visual worlds they hadn’t thought possible. Plus, if kids can’t have access to museums right now, maybe something like an art-themed doll is one of the next-best things. 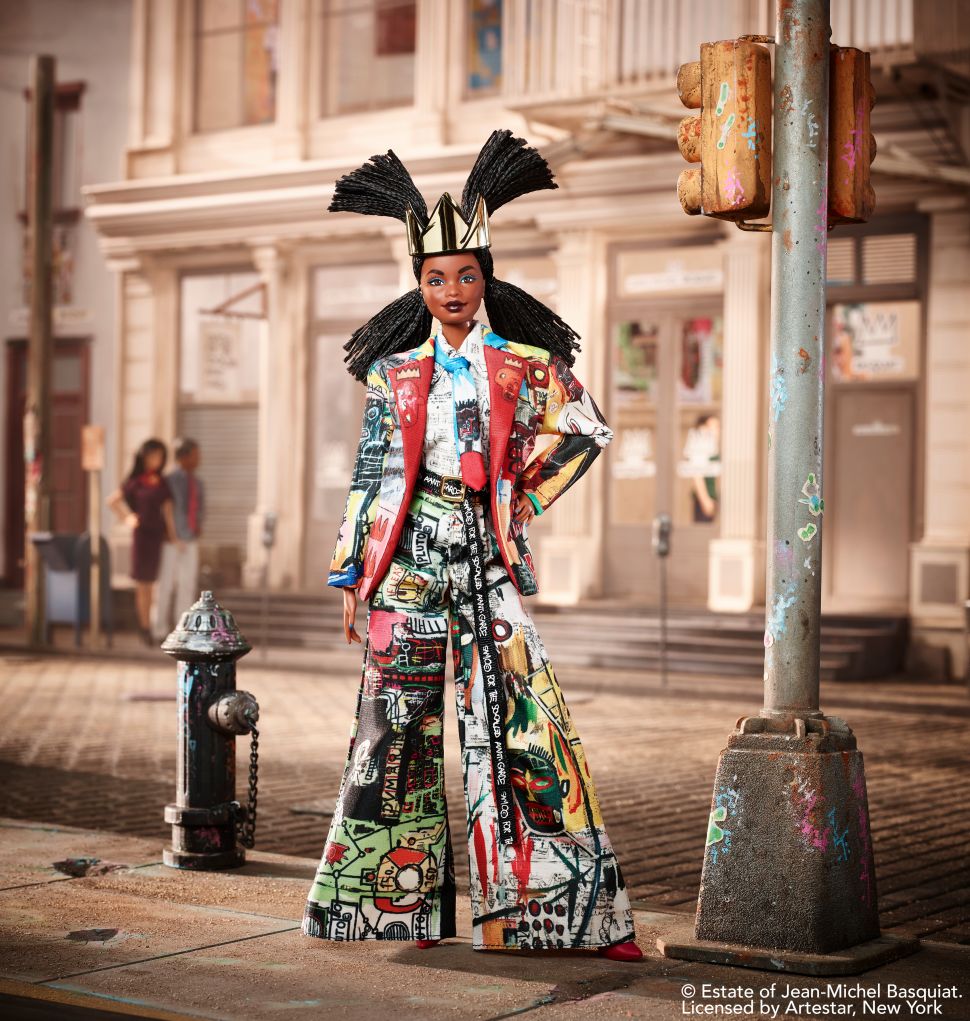