As we face a global pandemic and much of the world practices social distancing, museums are faced with the task of retooling their offerings to be online-only. For Pérez Art Museum Miami, this includes a Facebook Live Lecture series (#MuseumFromHome). Yesterday, the lecture was from Pulitzer Prize-winning art critic Jerry Saltz moderated by PAMM director Franklin Sirmans.

Inspired by the recent release of his book How to Be an Artist, which Saltz describes in his own words as “33 rules to take you from clueless amateur to generational talent (or at least help you live life a little more creatively)”, he notes that it was a conversation that was intended to take place in person. Online, Saltz says, was “just as good.” “It’s really great that we never stop touching antenna, even though there might just be digital antenna,” he said. “I can feel you, you can feel me. We don’t know what we’re feeling.”

The self proclaimed “failed artist” started with a message of hope for artists in this, in his own words, “new world, non-world.” “Very simply: viruses come, but viruses go. Art is long,” he said. “Creativity was with us in the caves, my loves, it’s in every single bone in your body.”

Leading with this message of hope in a time where our feeds have been infiltrated with dire headlines, Saltz reminded us that “creativity thrives under exactly these conditions.” Describing being under pressure, small spaces, and more intimate surroundings as the “perfect storm” in which art thrives, he nods to the fact that most famous art throughout history was made under just these conditions.

While his message was aimed to be creatively inspiring, it wasn’t oblivious to the fact that this, for many people, doesn’t feel like a time for traditional productivity. Saltz conjuring up the image of himself as screaming into his computer in the middle of the night was relatable, so too was his openness about procrastinating or the need for more art critics to admit that they’re wrong.

Being questioned about the future of the art world in these uncertain times, with queries such as “are the art fairs dead?,” Saltz expressed a desire for the art world to not return back to normal after the pandemic. He criticized how normal it has become for people to fly across the world for just one art fair, when the majority of those who keep the industry vital could easily be described as “struggling.”

“It’s hard to imagine how certain performing art centers will survive,” he said. “Big galleries could probably survive. [Art] Basel might be fine.” Calling himself as a “social misfit,” Saltz explained that his experience of art fairs in the past has involved nervous breakdowns. Getting specific, he recounts being in Miami “staring at the ocean, vaguely crying.”

It’s clear that Saltz is excited by the thought of what these conditions will inspire and cultivate in a new generation of artists. It’s also clear that he’s excited for a time in the future where the art world can get together to “attack each other again,” but he’s not expecting it to go back to the way things were before.

Much like how other industries are currently being forced to reexamine their purpose and best practices, Saltz calls for a shift and refocus in the art world. “Could we stop obsessing on the 55 mostly male artists who do make a fortune?” he said.  “When the art world comes back, maybe we could focus on art.”

In what are the most uncertain times for creatives in recent history, Saltz makes it clear that creativity will always have a place in the new world that emerges from the ashes of the global health crisis. That the virus is here, but that it will go, and that “art is long.” 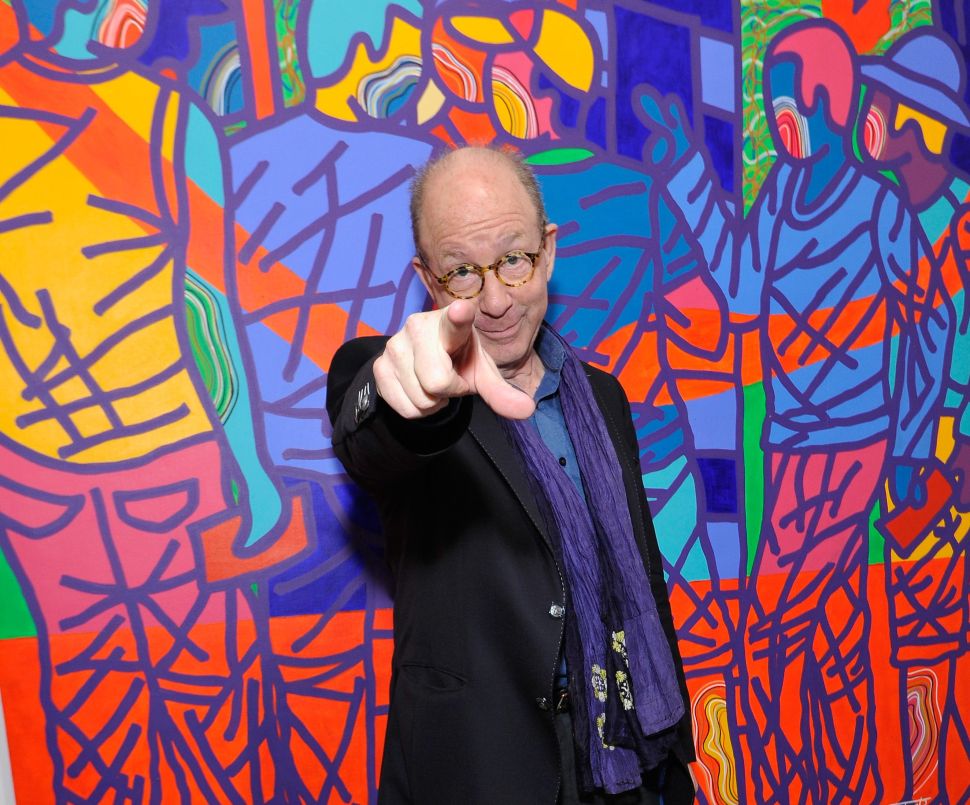