Harry Potter writer J.K. Rowling secretly bought back her childhood home in Gloucestershire. Rowling, who was the world’s highest-paid author last year, purchased the property, called Church Cottage, in an under-the-radar deal back in 2011, using an Edinburgh-based limited liability company to complete the nearly $500,000 transaction.

She bought the home from BBC producer Julian Mercer, who had purchased the house from the Rowling family back in 1995. Rowling lived in the residence from the ages of nine through 18, and per the Daily Mail, she bought the cottage back in order to protect and preserve the building.

The news is out now because Rowling and her husband, Neil Murray, filed permits renovate the Tutshill abode.

They’ve received permission to install two rear dormer windows, and to knock down and rebuild the garage. They are keeping original features like cast iron fireplaces, lime plaster, wooden floorboards and cottage-style doors.

The home reportedly inspired certain aspects of the Harry Potter books; according to the Daily Mail, the house has an under-the-stairs cupboard that’s similar to the one that Harry lives in while at the Dursley family home, and there’s also a trap-door cellar in the dining room that’s evocative of the secret passageway where Harry searched for the sorcerer’s stone in the first novel in the series, notes House Beautiful.

One of the Harry Potter-verse Quidditch teams, the Tutshill Tornadoes, which is first mentioned in Order of the Phoenix, is thought to have been named after this town, per BBC.

Fans of the über popular series have ventured to this house in the past; Mercer previously told the BBC that some enthusiasts still try to visit, and have asked to come in and see the house ever since the book came out. Mercer didn’t let anyone in, but now that Rowling has ownership of the home again, perhaps she’s planning on giving Harry Potter devotees a peek inside. 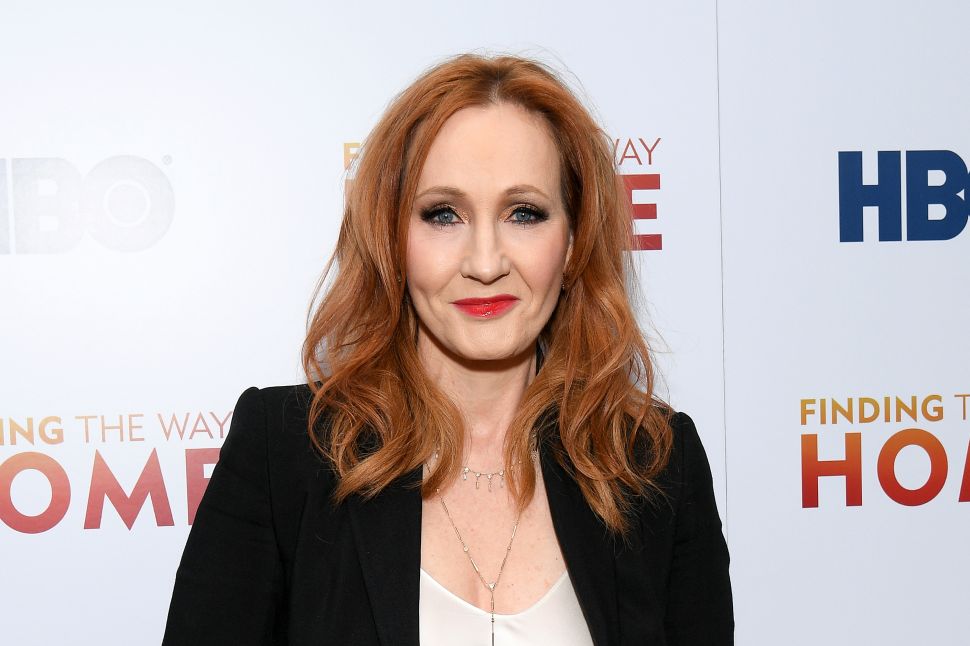