Actress Kaley Cuoco has officially parted with her Tarzana home, but she’s probably not too thrilled about the final sales price. The former Big Bang Theory star accepted $3.95 million for the six-bedroom, nine-bathroom Los Angeles abode, which is a significant loss from the nearly $5.5 million she paid for the property back in 2014.

It’s also way less than the $6.9 million Cuoco was hoping for when she originally listed the home for sale last May.

The home has a celebrity past, as Cuoco bought the residence from Khloe Kardashian and her then-husband, Lamar Odom, as noted by Variety.

A two-story entry leads into the 7,877-square-foot mansion. The kitchen is fitted with grey cabinetry, a large center island and white marble countertops, with bar seating as well as a breakfast nook with horse-patterned Hermès wallpaper. It’s open to a family room with a big fireplace.

There’s also a formal dining room, which is adjacent to a living room with a marble-framed fireplace,  floor-to-ceiling mosaic and a wet bar with lots of wine storage.

Bright, happy and full of life! That describes @kaleycuoco perfectly as it does this room I designed for her 💛💖💚 Have a great weekend!! . #thenewglamour #tgif #interiordesign #interiordesigner #livingroomdecor #designinspiration #color #bold #jeffandrewsdesign

The home theater features wood paneling, and there’s a library and an office with custom built-ins.

The master suite has a seating area and a fireplace, with no less than three custom closets. The bathroom has double sinks, a built-in tub and a shower. French doors lead to a wraparound terrace.

Outside, there’s a pool, multiple fire pits and a spa, with an outdoor kitchen and a covered countertop seating area. There are multiple lounging areas, plus a covered al fresco dining spot.

Cuoco purchased this Tarzana property when she was still married to her now ex-husband, Ryan Sweeting. The former couple divorced in 2016, and Cuoco married Ryan Cook in 2018. Cuoco and Cook already have their next home figured out, as they paid $11.75 million for a Hidden Hills estate earlier this year, and they’re all moved in, at least according to Instagram. 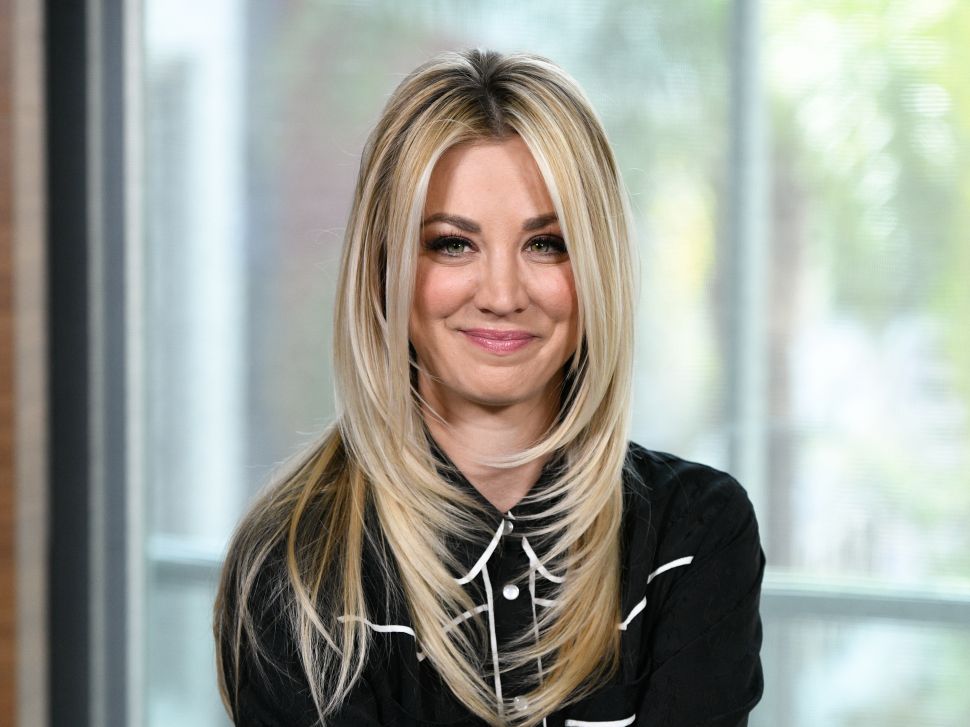