Netflix likely thought it could pull a fast one on its users when it quietly set up a landing page for new series Kaos this week without any fanfare. But we are trained, eagle-eyed professionals who miss nothing! Or maybe just obsessed couch potatoes who stumbled across it while option-surfing at 3 a.m., but the point stands. So what the heck is Kaos and what can Netflix fans expect?

In 2018, Netflix announced that it had ordered Kaos, a 10-episode “darkly comic reimagining of Greek mythology” from creator-writer Charlie Covell, who was behind the streamer’s excellent adaptation of The End of the F***ing World. The contemporary take on mythological material will explore themes of gender, politics, power and life in the underworld. It sounds like a cross between Percy Jackson, Game of Thrones and Shameless, which we’re all in on. These days, every network and streaming service is looking for their own broad-appeal, mainstream genre hit, and Kaos could potentially pair nicely with The Witcher as heir-apparents for Stranger Things.

“It’s basically like a contemporary reimagining of Greek Mythology, so it’s a big show,” Covell told RadioTimes.com in October. “It’s a 10-hour series for Netflix, and hopefully with a kind of Game of Thrones scale — but tonally it should [feel] End of the World-y, in terms of its humour and its soundtrack and the look of it. One of the big steers for me was the Baz Luhrmann Romeo and Juliet as a look.”

Per that interview, Kaos will play out in three worlds: the Gods, the Earth, and the Underworld. The series is “taking on myths and kind of flipping them on their heads,” Covell explained. “We start with Orpheus and Eurydice, the gods are like a massive dysfunctional family. It should be funny and dark and sad.”

The Golden Age of Television was fueled by sad and complicated anti-heroes like Tony Soprano, Walter White and Don Draper. We might as well try our hand at Greek gods next.

All3Media and Brightstar will produce alongside Netflix. All3′s Nina Lederman and Brightstar’s Tanya Seghatchian and John Woodward will serve as executive producers. Unfortunately, that’s just about all we know at this point. Netflix has not announced any official casting, plot details, characters, or an official release date.

While the show’s new landing page does say that the series will arrive in 2020, Covell had previously said that filming would begin in late June of this year. With the coronavirus pandemic halting film and TV production worldwide, we shouldn’t expect cameras to begin rolling anytime soon. 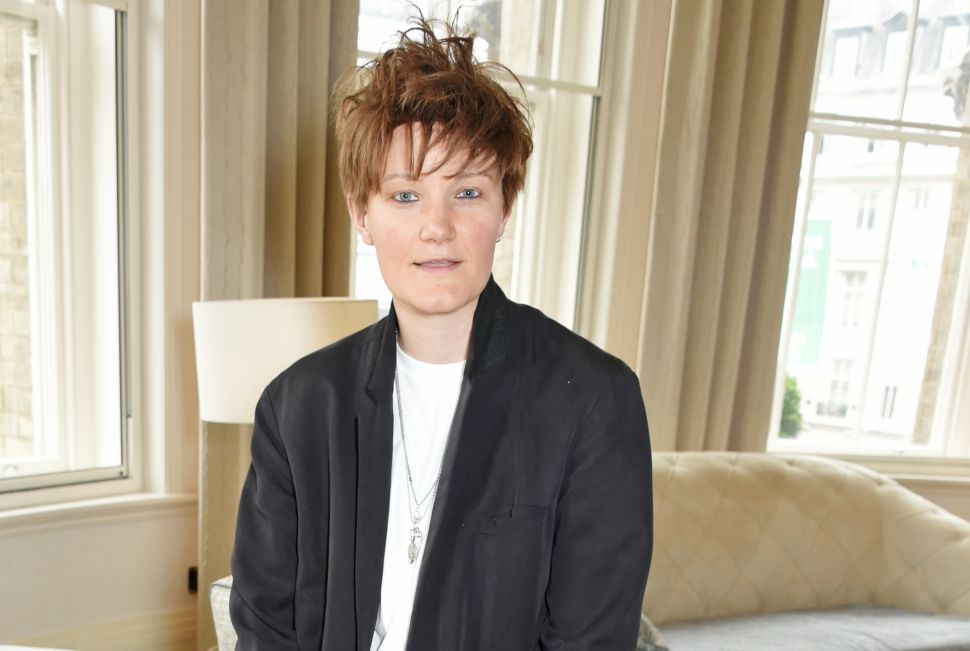