As we said in our Season 3 review of BBC America’s Killing Eve, the series is rapidly approaching a breaking point of sorts between its two main characters in Eve (Sandra Oh) and Villanelle (Jodie Comer). But that doesn’t mean the show can’t still shock and entertain in the meantime.

Head writer Suzanne Heathcote opted to start the new season off with a bang by killing fan-favorite character Kenny Stowton (Sean Delaney). As we learned in the premiere, Kenny had left MI6 and the controlling clutches of his mother Carolyn (Fiona Shaw) and begun working at an investigative online news publication. He even got himself a girlfriend! But, ever the curious sort, Kenny continued looking into the Twelve, the shadowy organization Villanelle works for, while trying to help Eve out of her funk. While his shortcut from the roof of his office building to the ground floor is being ruled a suicide publicly, neither Fiona nor Eve believe that to be the case.

So how did Heathcote arrive at this starting point for Killing Eve‘s new episodes?

“It’s such a tough call,” she told Variety. “Sean is a brilliant actor, Kenny is a fantastic character and beloved. He has an emotional relationship with Eve. But it was really because of all those reasons that the death would mean so much.”

Season 2 saw Eve nearly killed by Villanelle and many of the main characters on shaky terms with one another. Lies, deceit and betrayal are natural side effects of the spy game but don’t do much to build lasting relationships. Season 3 picks up with our protagonists mostly scattered and in need of a catalyst to spur a reunion. Sorry, Kenny.

“It had to be something that meant a lot,” Heathcote said. “It couldn’t just be professional—it would never be enough. It had to be something bigger than that. It had to be like a bomb going off in Eve’s life to wake her from this cocooned existence that she put herself in. They are always difficult, those decisions, but it’s on a show there has to be an element of danger. You have to really feel like anything can happen. And that is unfortunately that does mean that some beloved characters inevitably die. And so it’s a double-edged sword.”

Heathcote explains that the decision also came from a desire to force the personal and professional lives of both Carolyn and Eve to collide. Losing a son/friend is already traumatic, but to do so because of their work together adds an extra element of grief, and motivation, to the circumstances.

“It was really about that for me, how the personal and the professional are merged together in this season,” she said “That’s always been the case to a degree, but this is personal because it’s Kenny. And there’s no getting away from that.”

As critics have seen the first five episodes of Season 3, we can say that Kenny’s shocking death does carry the inertia of the first half and kick the plot into gear. While it’s sad to see the character go, at least his demise serves the story in a fruitful way. RIP, Kenny. May Eve exact sweet revenge on your behalf in the season finale. 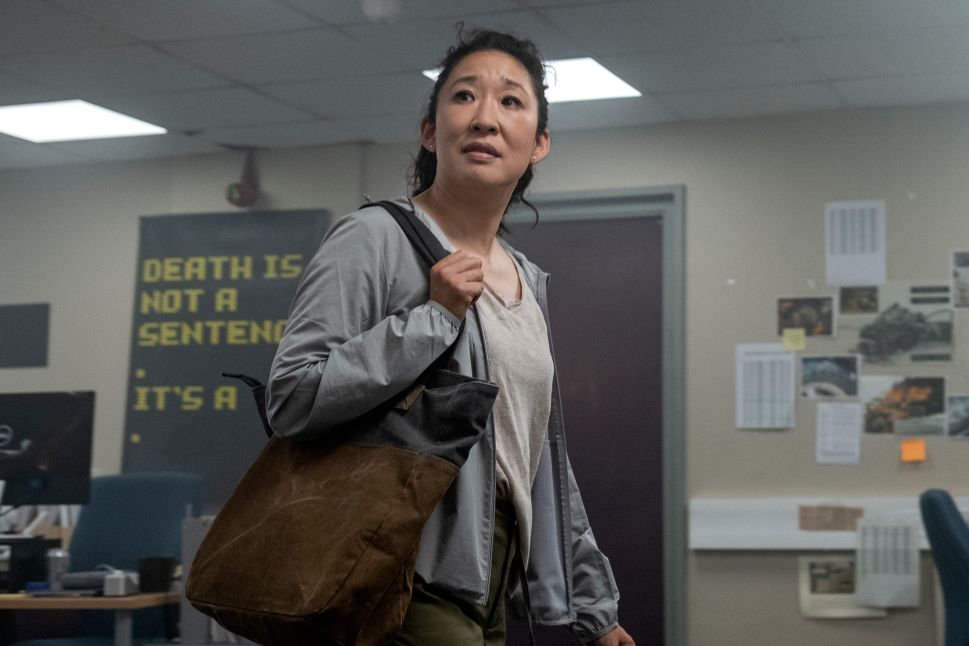