At it’s best, BBC America’s Killing Eve feels much like a new relationship. It’s sexy and seductive, exciting and new. Your appetite can’t be satiated and you might find yourself spending all day thinking about it. But after the honeymoon phase inevitably ends and the fire burns just a degree or two cooler, there needs to be something more to make it all work. Killing Eve could have that extra ingredient if Eve (Sandra Oh) and Villanelle (Jodie Comer) weren’t so busy looking for what they want in the other.

The third season continues the story of two women with brutal pasts, addicted to each other but now trying desperately to live their lives without their drug of choice. At least, that’s how the BBC America official synopsis puts it. In actuality, Villanelle believes Eve to be dead after shooting her in the Season 2 finale while Eve, mostly recovered from her injuries, has left MI6 to hide in plain sight. All seems fine(ish) until a shocking and personal death sets them on a collision course yet again.

SEE ALSO: HBO Makes a Chunk of Its Programming Free to Watch

We know make up-break up relationships rarely work in the long-term, usually due to the inability or unwillingness to acknowledge a central flaw at the center of the dynamic. Eve and Villanelle are linked by some psycho-sexual kinetics and, in a way, understand one another better than anyone. And yet they each want the other to be someone else—someone they don’t want to be.

Villanelle successfully tricked Eve into taking a life last season and Eve was understandably horrified when she found out. A conscience isn’t something Villanelle can manipulate out of someone. Conversely, any hope Eve (or, by proxy, the audience) had for Villanelle turning over a new leaf quickly goes out the window in Season 3 as she cuts a bloody swath through the five episodes provided to critics. Killing Eve still maintains its razor-sharp humor against the backdrop of tragedy—the juxtaposition of grim brutality and wit still eliciting laughs. And yet, the killing isn’t cute anymore. I never thought I’d say this, but watching a revolving door of innocent people be murdered just isn’t as fun as it once was.

The problem, as it always is in inherently flawed relationships, is that Killing Eve‘s greatest asset is the dynamic between its two lead characters and yet we know for a fact that they simply can’t work together. That puts the show in an impossible position—forcing Eve and Villanelle to repeatedly collide like supercharged molecules while also needing to break them apart the moment they start to fuse. It’s not sustainable. Here, especially, the cat eventually has to catch the mouse.

Suzanne Heathcote (Fear the Walking Dead) serves as lead writer and executive producer for Season 3, continuing the tradition of passing the baton to a new female writing voice each year. It would be unfair to compare her to Season 1’s Phoebe Waller-Bridge (Fleabag), who has stormed Hollywood with an undeniable perspective. Heathcote shifts the focus more to Villanelle in Season 3, digging into her past and rounding out the character’s origin story. Comer once again delivers a virtuoso performance that combines unhinged mania with wounded vulnerability and desire. The character has such a sense of whimsy and romanticism that you can occasionally forget that she’s a stone cold serial killer.

But it all seems to work better this year as a binge option ready for furious consumption rather than weekly tastings. Or, staying with the relationship metaphor, one crazy all night session. It’s juicy and entertaining and shocking and stylish as always. But the Honeymoon phase is over. We know these two can’t make it together in the long run and so does the show itself. That’s the problem.

Killing Eve Season 3 will premiere on April 12 at 9pm ET/PT on AMC and BBC America after the network moves up its debut by two weeks. 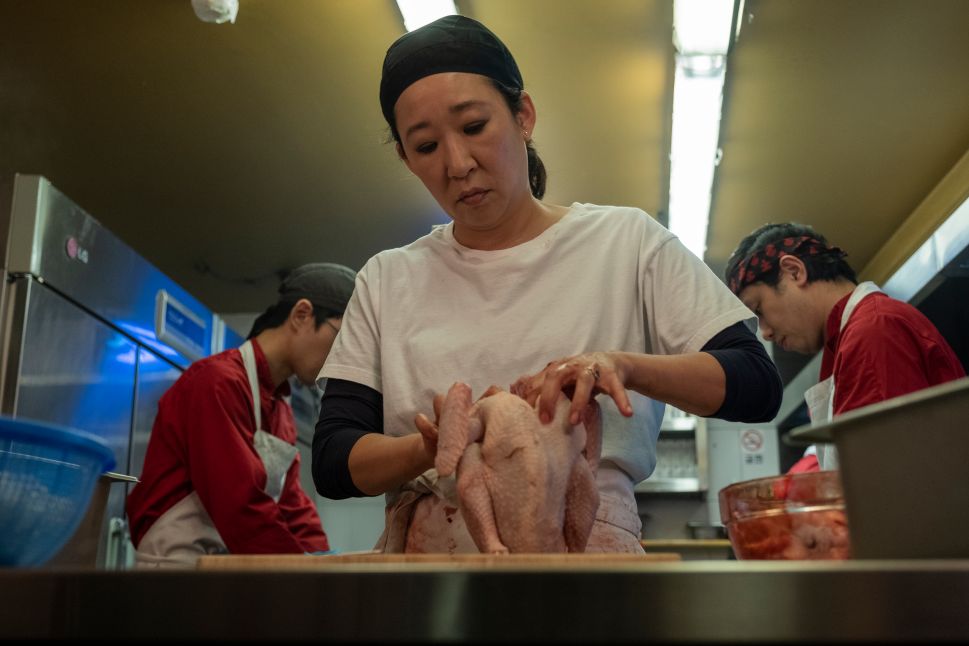