It’s looking like Kristin Cavallari and Jay Cutler are preparing for a serious legal battle. The reality television personality and the retired NFL player announced their intention to divorce earlier this week, as each posted an Instagram photo with identical captions. It all seemed quite civil, until new court documents from both Cavallari and Cutler surfaced this week.

Yesterday, the Laguna Beach alum filed papers claiming Cutler is blocking her attempts to buy a new residence for herself and their three children, according to E! News. Per documents obtained by E!, Cavallari is accusing her ex of having his attorney tell their business manager not to give her the funds she needs to purchase the home, as a way of “punishing” her.

The filing says that Cavallari originally began her home search in the fall of 2019, as the couple’s marriage was deteriorating. The Very Cavallari personality says she found a suitable property and began the buying process, which Cutler was okay with, but stopped after they reconciled.

With great sadness, after 10 years together we have come to a loving conclusion to get a divorce. We have nothing but love and respect for one another and are deeply grateful for the years shared, memories made, and the children we are so proud of. This is just the situation of two people growing apart. We ask everyone to respect our privacy as we navigate this difficult time within our family.

They weren’t able to work out their marriage in the end, and after they returned to Nashville from a Bahamas getaway (which also resulted in this wonderful Twitter thread), Cavallari started the home buying process up again. That’s when the Uncommon James designer says Cutler told their shared financial manager not to release the funds. She also alleges that Cutler is refusing to leave their shared Tennessee home, and that it’s creating an unhealthy environment in which he makes “inappropriate” comments and argues in front of their three kids.

Cavallari is requesting that the judge allow her to use her portion of their money to complete the purchase of her desired home.

Cutler, however, thinks his soon-to-be ex-wife is spending unnecessarily, since they already have multiple homes in the area. According to legal documents obtained by TMZ, Cutler says that he and Cavallari already own two pricey homes in Tennessee, and that are in the midst of purchasing another multimillion-dollar condo at the Four Seasons Nashville. The erstwhile quarterback says another home is a “frivolous and unnecessary expense.” He says they also own a 75-acre Kentucky farm and a Los Angeles condo.

Cavallari’s response says that one of their properties is for sale and she doesn’t like being there because there’s no internet, that construction hasn’t begun on the condo yet and that Cutler is just trying to use this as leverage.

There are numerous other accusations from both Cavallari and Cutler, including arguments over custody of their children as well as other financial qualms. As of now, the former couple, who tied the knot in 2013, are still quarantining together with their kids in Tennessee; it’s not clear if they’re staying at their 45-acre estate in Franklin, or if they’re residing in their seven-bedroom Nashville mansion, which they’ve been trying to sell since 2018—perhaps they chose whichever one isn’t having the internet issues plaguing Cavallari. 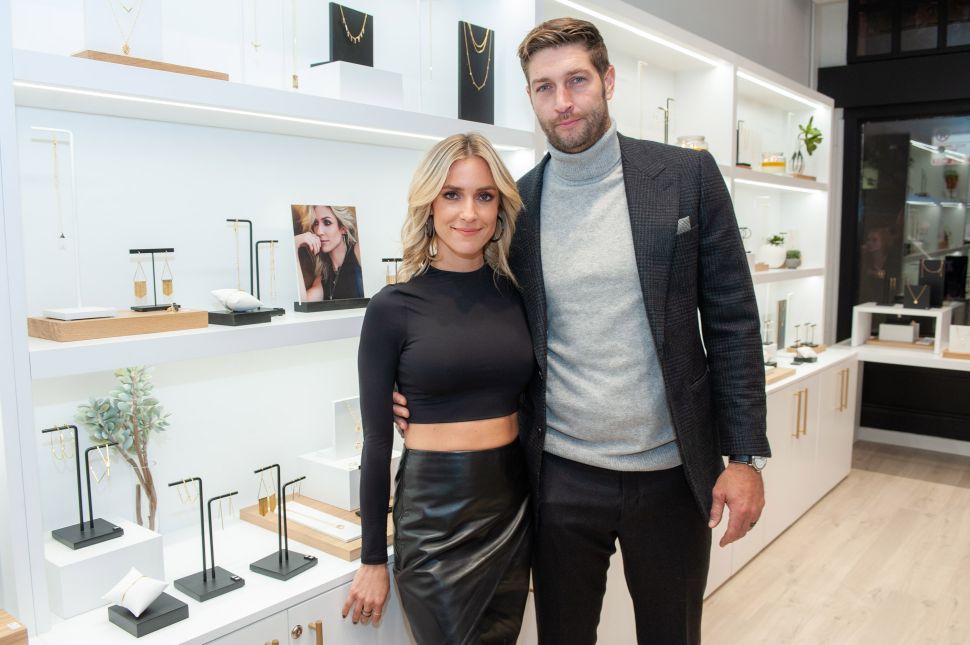