The Kardashians and the Jenners have long been embedded deep into the bedrock of American pop culture, so you’re probably already familiar with their multi-million dollar homes, wildly successful makeup brands and much-publicized interpersonal drama. Even if you’re not a super-fan, their capital-saturated tastes in fine art and design probably won’t come as that much of a surprise either. Super-aloof Kim Kardashian and Kanye West favor a hyper-minimalist aesthetic that’s evocative of a gallery (no surprise, since dealer-designer Axel Vervoordt is their advisor); a fitting choice for a couple who considers themselves to be living artwork. Kylie Jenner, on the other hand, recently cropped up in arts headlines because on a recent episode of Keeping Up With the Kardashians, she was filmed explaining to her mother that the inflatable dolphin perched in her office was, in fact, a Jeff Koons.

While some publications initially thought that the makeup mogul Jenner was joking, it turns out that her dolphin friend is in fact a limited-edition blowup version of Koons’s infinitely more expensive mirror-polished, stainless steel editions of the dolphin sculpture. Jenner’s aquatic-themed pool toy might seem innocuous, but when placed within the context of the rest of her playful, almost childlike art collection and the recent parties she’s thrown for her daughter Stormi, you’ll find that Jenner’s taste and the Jeff Koons aesthetic are a lot more intertwined than you might think.

In February 2019, Jenner treated Architectural Digest to a tour of her Hidden Hills mansion, which is a predictably lavish domicile for a 22-year-old who’s worth approximately a billion dollars and has a baby daughter to care for. Jenner’s art collection, kept within the house, includes Andy Warhol screen prints of Marilyn Monroe, oversize condom sculptures by Beau Dunn, butterfly silk screens by Damien Hirst, a Jean-Michel Basquiat screen print and a Tracey Emin neon sculpture. Cumulatively, these artworks indicate an owner who isn’t concerned with appearing serious, but who rather embraces the technicolor bombast befitting her hyper-sexualized, hyper-marketed image. As a larger-than-life figure, Kylie Jenner embodies the concept of being overblown: everything is cranked to the max, and no expense is spared.

Doesn’t this description also remind you of every single balloon piece Jeff Koons has ever come up with? Definitively, though, perhaps the clearest evidence of the correlation between Koons and Kylie Jenner is the series of lavish birthday parties she’s thrown for Stormi Webster, her two-year-old daughter. For Stormi’s first birthday, Jenner created a massive blowup version of her daughter’s face that served as the entrance to the party tent.

For Stormi’s second birthday, Jenner brought back the giant inflatable head, perhaps indicating that it will be a staple in all of her daughter’s birthday parties going forward. Some might find a gigantic blowup version of an infant’s cranium disturbing, but to us it reads as extremely Koons-like: a tenderly-intentioned, jokingly executed supersize testament to one young mother’s extreme love for her child. Like with the best Koons statues, even if the end result is bizarre, there’s pure feeling at the core. 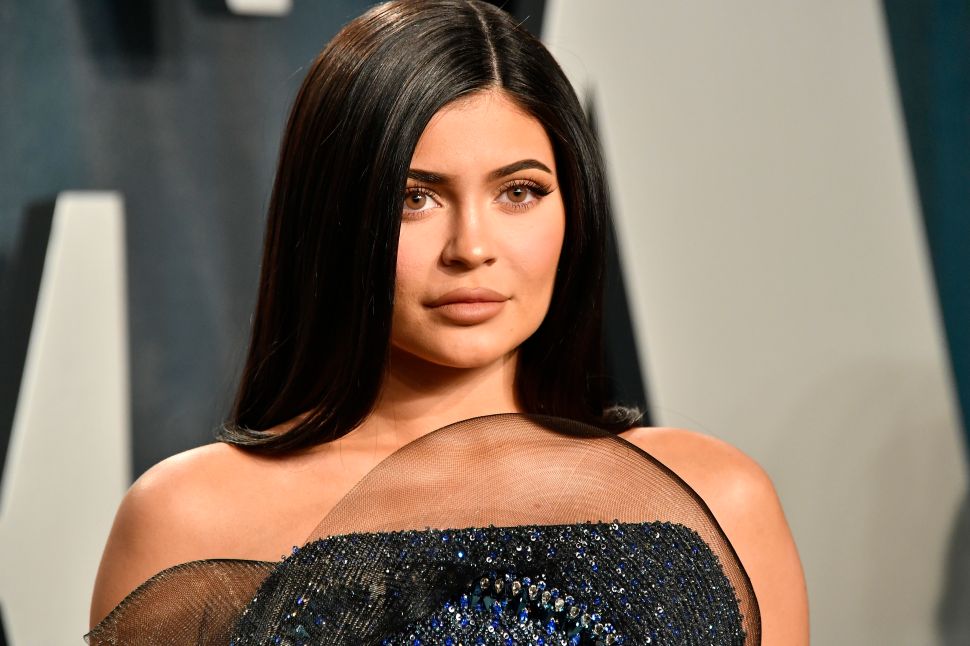