Andrés Barba begins his new novel, A Luminous Republic, with a frightening sentence that takes a bizarre turn halfway—and maintains that sense of horror and strangeness throughout each subsequent page. He writes: “When I’m asked about the thirty-two children who lost their lives in San Cristóbal, my response varies depending on the age of my interlocutor.” The rest of the slim volume gradually unravels the mysteries embedded in that bravura opening: Who are these children? Why are they dead? And, finally, what’s going on with this oddly detached narrator?

The people of San Cristóbal view these thirty-two children, who seem to have appeared out of nowhere, as major antagonists. The kids provoke chaos and violence in the streets and at a grocery story. Yet they’re all aged between nine and thirteen—hardly the demographic for most literary villains (although, to be fair, the book is garnering comparisons to Lord of the Flies, the iconic novel about adolescent cruelty). As he subtly crafts these characters, and the town’s response to them, Barba develops his great theme: the tragic pitfalls that can result from fearing outsiders.

SEE ALSO: ‘Fracture’ Is an Ambitious, Multi-Narrator Account of a Hiroshima Survivor’s Life

The narrator himself is initially an outsider, who takes a managerial post in San Cristóbal’s Department of Social Affairs after moving from the nearby town of Estepí. A few years after he arrives, the trouble with the children begins, and he’s partially responsible for wrangling them into good behavior. The unnamed social worker narrates the story retrospectively—it’s been 20 years since he moved to San Cristóbal. Now, he’s an insider with an intimate connection to the bizarre history he relates.

The Department of Social Affairs first discusses the children after they have, allegedly, stolen and harrassed three different characters in San Cristóbal. The government decides to take action too late: It’s clear they should have intervened when they first saw homeless adolescents, not after the group resorted to crime.

While the deputy blames the narrator for the recent turmoil, the narrator believes this is simply political maneuvering. He calls the deputy’s allegations “a veritable master class in populist dialectics: call attention to an already out-of-control situation, offer an unattainable solution, and accuse the political adversary of being responsible for it all.” The children become pawns in a larger political game among adults.

Throughout the novel, the people of San Cristóbal project their own desires and anxieties onto the children. Their complaints simply offer insight into their own psychologies, not those of their youthful foes, who ultimately remain mysterious. The reader never hears from the children directly. Even the narrator must piece together their story using news reports and retrospective documentation.

Barba, a lauded Spanish writer who won his country’s Premio Herralde for A Luminous Republic, isn’t faulting his characters for fearing the children. “It’s natural to be afraid of the Other; it’s one of our most elemental instincts of survival…Fear, like pain, protects us; it’s necessary,” he recently told Observer. If we question and analyze this fear, it can dissipate. If we don’t, cautioned Barba, we can promote an ethos of hate, and allow political figures to manipulate us.

The children demonstrate two key behaviors that lead the adults to fear them as “Other:” They speak a language that adults can’t understand, and they operate without a leader. This lack of hierarchy disturbs San Cristóbal’s society, which is more comfortable with competition, politicizing and capitalism. “To be without a leader is the ultimate divergence from life as we know it,” explained Barba. As he attempted to “construct a human community completely alien to our own,” the writer copied the structure of certain insect communities in which individuals have different functions, but no ranking system. The book frequently describes the children as insect-like—more of a compliment, perhaps, than it initially seems.

Barba believes that capitalism has prejudiced us against the idea of an anarchist utopia, yet he creates significant beauty in the children’s lawless, alternate society (which the reader finally glimpses close-up at the end of the novel). It’s ultimately difficult to tell who operates better, the grown-ups or the children. While the narrator focuses on the violence perpetrated by the latter group, he also makes offhand remarks about kidnappings and other crimes that occur in the adults’ society. Perhaps the children got something right, and that’s why the narrator has become so intrigued by their story.

If it’s ambiguous whether the narrator himself understands his obsession with the children, Barba is clear about his own intentions. He described violence as a “static energy” that results when “a charge” builds up in a society and seeks an outlet. A chain reaction can result. “In my novel, the violence is sparked by children who tap into a deep-seated discomfort within the rest of society,” said Barba.

Connecting his writing to real-world concerns, Barba noted that he’s surprised there hasn’t been more violence in the wake of the pandemic. Speaking with the eerie, fantastical tone that he perfects throughout A Luminous Republic, he offered a bleak prediction. “Perhaps the energy building up now will be let loose in the future; some small event will trigger it. Violence is always there; it’s the ultimate agent of social destabilization,” he said. That’ll depend, of course, on how we treat others around us—particular those who are vulnerable, and different from ourselves. 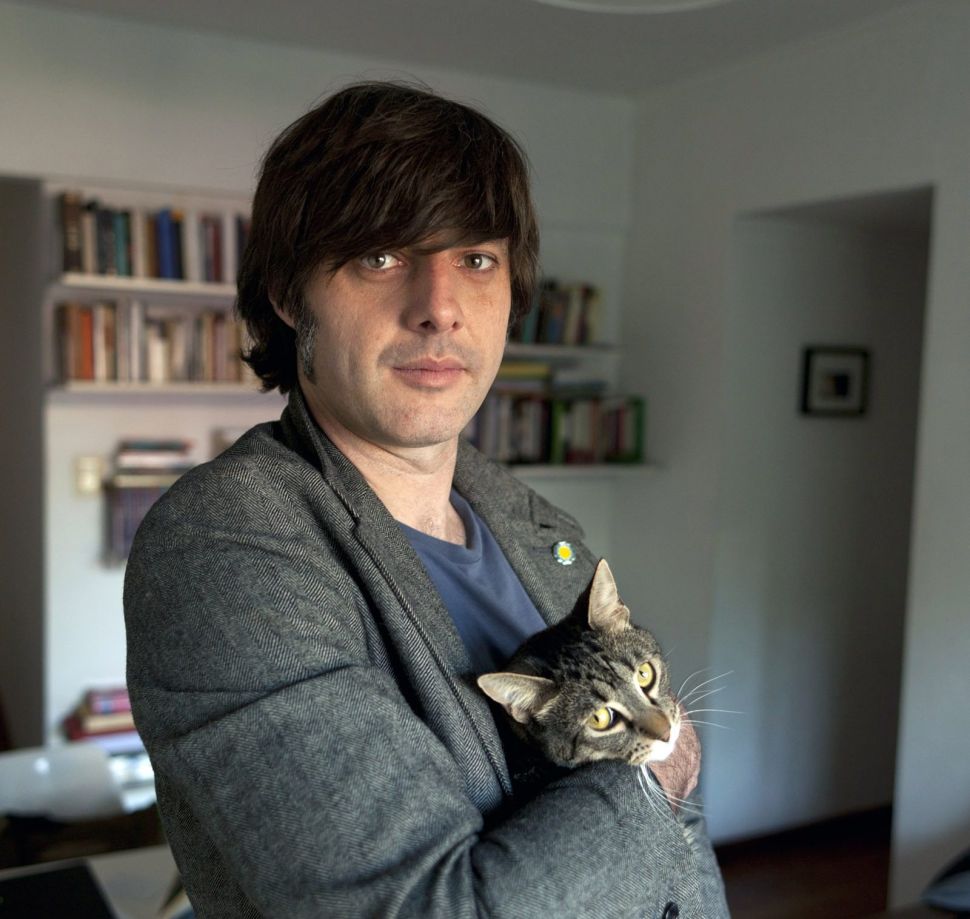