There are some artists who treat the creative process delicately, like it’s an extremely elusive instinct that only rarely grabs hold of them. Then there are artists like Marina Abramović, who work so diligently and consistently that they’re able to subsume virtually any adverse circumstances into whatever they happen to be doing. In a new interview with the New York Times, Abramović discusses how the coronavirus has thrown a wrench into her practice of constant output: the premiere of her latest venture, a work of musical theater about the deceased opera star Maria Callas, has been postponed until an unspecified later date.

The production, titled 7 Deaths of Maria Callas, was set to take place at the Bavarian State Opera in Munich and was also supposed to feature a series of previously-filmed performances from the actor Willem Dafoe, who would repeatedly “murder” Abramović’s character with snakes or by his own hand.

Abramović explained that she’s been obsessed with Callas ever since she first heard her voice as a child, but that her interest in the opera diva deepened due to the fractured, passionate affair Callas had with Aristotle Onassis. When Onassis abandoned Callas for Jackie Kennedy, Callas fell into a deep despair and became a recluse. Abramović said that she could relate to the intensity of Callas’ reaction because she herself was walked out on by her former husband Paolo Canevari, and similarly almost didn’t recover. “I stopped eating,” Abramović said. “I stopped drinking. I didn’t want to live anymore. I was in a very bad state, for a long time. But Callas gave up even her work. And that’s the big difference between her and me. I could not give up my work.”

Now, Abramović is convinced that her work ethic will liberate her from a pandemic as well as a broken heart. “I didn’t think once,” Abramović said in response to a question from the Times about whether she had worried about getting the coronavirus. “If you think how many dangerous things I made in my own life with performance, I could be dead already so many times. When I do the work I love, nothing can happen to me.” As long as Abramović works from home and maintains proper social distancing protocols, her thesis may in fact be proven to be correct! 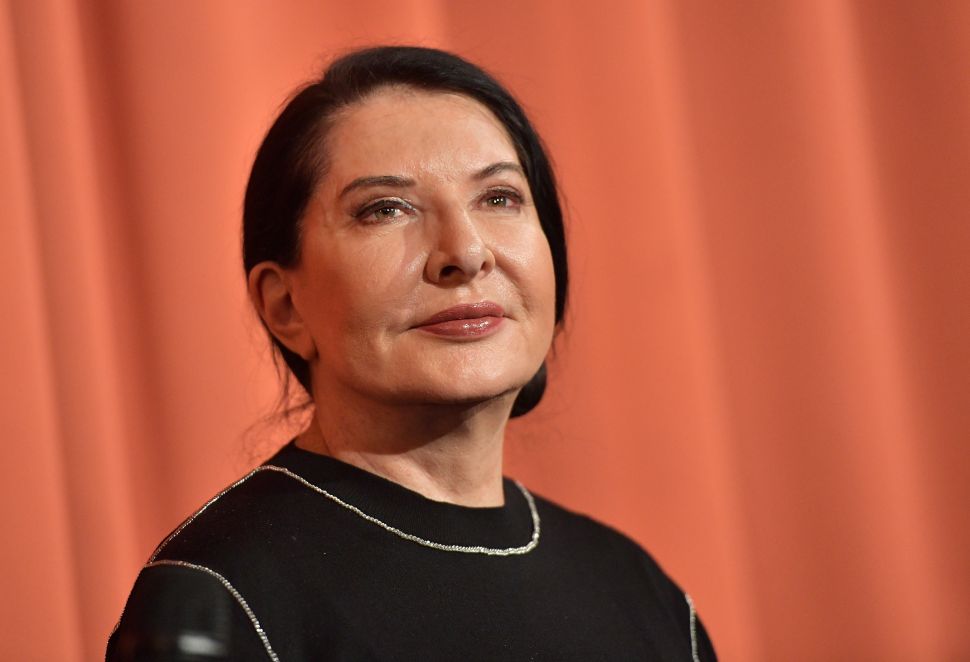