Keeping Watch is a new, semi-regular column on streaming TV and movies.

These days, mentioning MASH gets you an almost uniform response: “Binged it on Netflix.” Yet it’s the movie, and not the long-running TV series that it spawned, that’s arguably more culturally significant. MASH was arguably the earliest “indie” film made inside the studio system, a piece of entertainment still side-splittingly funny, despite its dated perspective. Altman’s movie was a blockbuster back when those mattered, a critical smash back when that meant something, too, and changed the culture.

However, watching it in 2020, over 50 years after its wide release, it’s at best a black comedy about battle-scarred machismo or, at worst, patently offensive. Let’s dive into what made this film terrific, problematic and unforgettable.

“If a man isn’t a man anymore, what’s he got left?”
–Capt. Walter Kosciuszko “The Painless Pole” Waldowski, DDS

M*A*S*H (as it’s listed on the poster, t-shirts and tie-ins) was never meant to be a scholarly work. It was supposed to be the second feature at the American drive-in, the late-night, unserious, low-budget flick that might turn a small profit from the hippie crowd. The middle child of three 20th Century Fox war movies that year, MASH had a misfit B-list director, Robert Altman, and an ensemble cast of unknowns pulled from a San Francisco theater troupe.

Stars Donald Sutherland and Elliot Gould, nobodies soon to become A-listers, complained to studio bosses that Altman told the actors to talk over one another, kept his angles wide and his lenses fogged, and hid both the cameras and microphones across the set. (Only Gould, who went on to make four more films with Altman, was forgiven for the complaints because, Altman later said, the actor ultimately apologized.)

“Very quickly, I realized that it was loathsome to the women characters,” says Gina Arnold, professor of Rhetoric and Media Studies at the University of San Francisco, says of a recent rewatch. “In those days, being carelessly loathsome to women and depicting scenes of female humiliation was so commonplace that no one, Robert Altman or otherwise, noticed it.”

She adds: “He was probably just staying true to the book, but yuck.”

Though, under Altman’s direction, the film is an ensemble piece, Ring Lardner Jr.’s Oscar-winning script is undoubtedly a vehicle for two distinctly male leads in every sense.

Trapper John and “Hawkeye” Pierce (played by Gould and Sutherland, respectively) are philandering, boozing, trash-talking, gridiron-glory-reliving, anti-establishment surgeons stationed near the Korean front. Gen Z’ers watching today will ache with jealousy over the lives of these antiheroes—they work long hours and are considered untouchable, unassailable in their positions due to their specialized skills. They aren’t even properly written up by their superior officer, “Henry.” (That’s how the two insubordinate officers affectionately address Lt. Col. Blake, played by Second City co-founder Roger Bowen.) Even when higher ups pressure him to discipline the boys, Henry doesn’t throw a fit and instead rolls over immediately, allowing our miscreant heroes to continue their shenanigans unchecked.

Meanwhile, Hawkeye and Trapper John drug Ho-Jon, the Korean boy—so he won’t be drafted. A woman major is given “Hot Lips” as a nickname and “earns” her humiliation—the doctors pull the walls of her shower down while she’s inside—for being a threat to sanity and “army morale.” An officer they blackmail with staged photos of a prostitute was a tyrant literally in their way during an operation to save a congressman’s son. These docs can do no wrong, and for them revenge is geared toward what their tormentors would find most upsetting.

Defenders of the film point out that most of their targets, including the lampooned nurses and Korean staffer, turn out just fine, as shaped by Altman and Lardner. (Though in a 2006 NPR interview, Gould quoted Lardner as accosting him at a screening: “There’s not a word that I wrote on screen.”)

MASH would be on the front lines of the culture wars today. Hot Lips, in what may be the movie’s most controversial move, ultimately comes around toward the doctors harassing her. She shacks up with third-wheel doc Capt. Forrest and sits on his lap, smirking conspiratorially, while the boys drink and play cards till dawn. Meanwhile, philandering Hawkeye convinces a married nurse (nickname: “Dish”) he’s been romancing to sleep with a despondent dentist so that the dentist will not kill himself. She obliges and, shaking her head the next day, chuckles to herself about the whole thing. Today, Hawkeye would undoubtedly be canceled.

In MASH, says Arnold, “Women did men’s bidding, or else didn’t, or were, like Hot Lips, bossy or powerful and were called bitches and punished for it.”

And it’s not just the women who have a rough time of it, demo-wise. There’s also a football player called “Spearchucker,” a slur for people of African descent. The character, brought in as a ringer for the competition between rival staff that serves as the film’s half-hearted climax, tells a nurse he got his nickname because he “used to throw the javelin,” but the line seems thrown in there so Altman can say: “See? I’m not a racist?” (The novel’s author, for the record, created the character.)

“The game of life is hard to play / I’m gonna lose it anyway”
–From “Suicide Is Painless,” the theme song of the film and series, a #2 hit single (music by Johnny Mandel and lyrics by Mike Altman, Robert’s then-14-year-old son)

In his original, four-star review of the film, Roger Ebert wrote: “One of the reasons ‘MASH’ is so funny is that it’s so desperate. [W]hen they are at last out of the operating tent, [the characters] devote their lives to remaining sane. The way they do that, in ‘MASH,’ is to be almost metaphysically cruel. There is something about war that inspires practical jokes and the heroes… are inspired and utterly heartless.”

But, he notes: “If the surgeons didn’t have to face the daily list of maimed and mutilated bodies, none of the rest of their lives would make any sense.”

In Altman’s view, the battle of the sexes is merely thematic anchoring for Altman’s commentary on another war: Vietnam. As you may imagine, Altman was against the war in Southeast Asia and wasn’t allowed to shift the setting to the present day or expressly comment on it on screen. In his original cut, there is no mention of the country that serves as a backdrop for virtually every scene. 20th Century Fox, however, caught on immediately. They forced the director to add a crawl in the opening sequence, the first word of which is “Korea” and which provides unnecessary, abrupt and ultimately cringeworthy exposition.

But if you want to know that Altman really thought of MASH’s anti-women bent, consider that, following the film’s success, he next used his power to make Brewster McCloud and McCabe & Mrs. Miller inside of a year, stories ultimately anchored by feminist messages.

And while he would go on to create some questionable hysterical-women-driven comedies and bro-y fare, note that the toxic masculinity in California’s Split leads to the breakup of its characters’ platonic and romantic relationships and the 3 Women of that film’s title come together to defeat their patriarchal tormentor, or that the Philip Marlowe character in The Long Goodbye, as scripted by Leigh Brackett, has stronger feminist principles than anyone in many women-driven comedies today.

Fifty years later, MASH’s influence is undeniable. It led to Animal House, The Longest Yard, Porky’s, even, in a way, The Deer Hunter and the fourth-wall-cracking Blazing Saddles and Monty Python and the Holy Grail. It caused rival Catch-22 to tank at the box office—who needed two slapstick war adaptations?—Altman’s final revenge on the studios for underestimating him.

The same month MASH received a wide release, Miles Davis put out Bitches Brew, recently hailed as his “greatest album,” dropping a bomb on the staid jazz community, from which it never recovered. Two years after Altman’s MASH hit the movie theaters, the TV adaptation debuted on CBS, followed by the spinoff Trapper John, M.D. in 1979—all extensions of the story of the 4077th Mobile Army Surgical Hospital unit. The series finale of MASH, “Goodbye, Farewell and Amen,” is still the highest-rated TV episode in history in shares, ratings and viewership totals. But in the three decades and change since Trapper ended, the entire property has seemingly vanished, and the franchise as a whole feels forgotten. Are we content to let it die?

MASH the film and MASH the show are available to stream on Hulu. 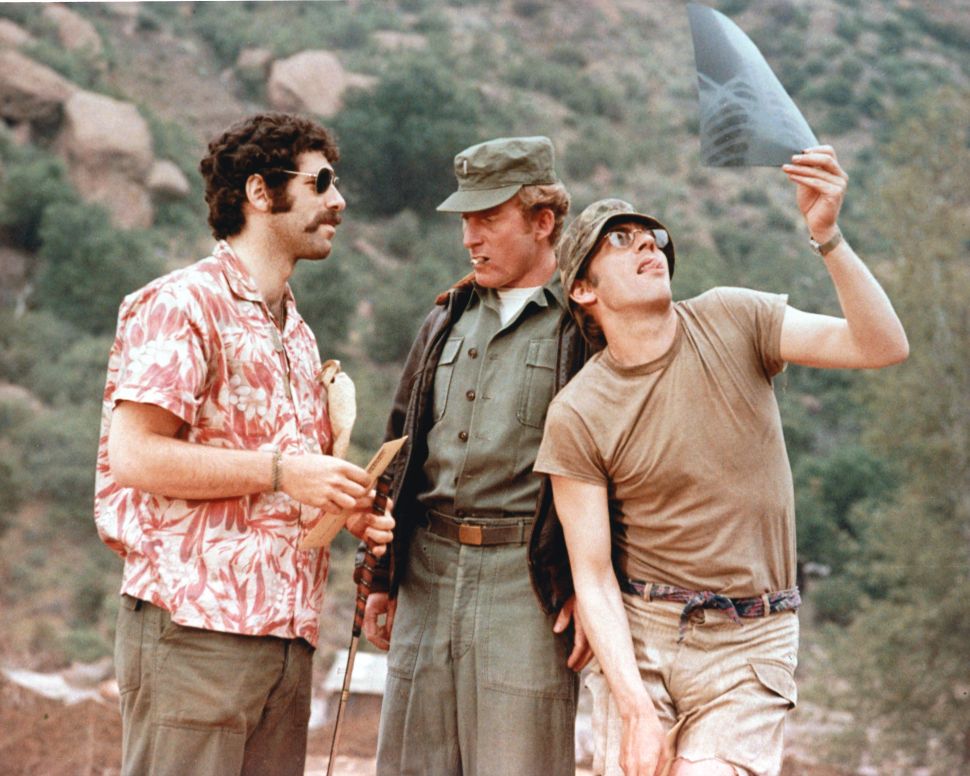