On May 21, 2021, all will be right and balanced throughout the universe. Good will triumph over evil, harmony between all sentient life will be reached, and prosperity shall reign supreme through the cosmos. Why? Because, as of now, Keanu Reeves will be debuting both The Matrix 4 (from Warner Bros.) and John Wick 4 (Lionsgate) on that day. You make take a moment to properly absorb this epic information.

The situation is unprecedented in modern Hollywood history. Our closest comparisons belong to Leonardo DiCaprio, who released Gangs of New York ($9.1 million opening) and Catch Me if You Can ($30 million) within five days of one another in December, 2002, and Nicolas Cage, who starred in Con Air ($24 million) and Face/Off ($23 million), which arrived three weeks apart in June, 1997. The “All Leo” weekend of March 13, 1998, when The Man in the Iron Mask debuted at No. 2 while Titanic (released 12/19/1997) was still topping the box office, is somewhat comparable. But overall, Keanu Reeves has a golden opportunity to make blockbuster history.

Unfortunately, due to both the production shutdown forced by the coronavirus pandemic and common movie marketing sense, it’s all but assured that this “All Keanu” weekend of pure, unbridled excellence does not come to fruition. One or both films are expected to shift release dates at some point, especially as Warner Bros. reshuffled its own lineup Monday morning, including The Batman. But…what if they didn’t? Could Hollywood realistically support two action blockbusters headlined by the same actor from rival studios premiering on the same weekend?

“It runs counter to conventional wisdom and every tenet of what the release strategy is all about,” Paul Dergarabedian, Comscore’s Senior Media Analyst, told Observer. “But my gut is telling me they should leave it. It makes for such an interesting and dynamic story that raises the profile of both movies. It fuels a bigger and more fun conversation and it’s a stroke of marketing genius whether its intentional or not.”

Since bursting onto the scene with 1989’s Bill & Ted’s Excellent Adventure (which is also getting a sequel), Reeves has managed to reinvent himself every so often with a new iconic character. Johnny Utah, Jack Traven, Neo, Shane Falco, John Wick. Reeves’ endurance as a movie star is remarkable, and his nice guy personality has become the stuff of internet legend. The combination has led to a cultural renaissance for the Hollywood star over the last half decade. But is that enough to successfully split an opening weekend between two R-rated action blockbusters?

“It’s beyond stupidity,” Barry London, former vice chairman of the motion picture group at Paramount Pictures, told Observer. “In today’s world, with the cost of making and marketing a movie, it’s too risky. Audiences will be confused. More importantly, it fractures the fan base. The entire reason you do a sequel is to take advantage of the familiarity and name recognition of a title and star.”

To London, there are also legal questions—collusion, price fixing and controlling marketshare—at play regarding whether or not Warner Bros. and Lionsgate would even be able to collaborate on a marketing effort for an “All Keanu” weekend. He sees it as a two-horse race in which the two rival owners are deciding who is going to win. It’s not feasible for either studio to willingly concede the potential to open at No. 1.

After 17 years, anticipation for a new Matrix film is palpable. The Matrix Reloaded opened on May 15, 2003, to nearly $92 million while Matrix Revolutions took in nearly $49 million in its November opening. When accounting for inflation, the features earned $129 million and $65 million, respectively, in their debuts. John Wick: Chapter 3—Parabellum took in $57 million in its first frame, but is the more timely franchise thanks to The Matrix‘s long gestation. Both, as I’m sure you’re well aware, kick all sorts of ass.

“Consumers generally don’t think about if a movie is from WB or Lionsgate; they simply become fans when the talent and story combine to make a great franchise,” Matthew Bakal, Lionsgate’s former executive vice president of business development and corporate strategy and co-founder of Atom Tickets, told Observer. “I think there’s a logic in bundling movies to promote the cross-over appeal to the audience as much as possible. Keanu is one of the most popular actors to Atom’s audience of all ages. We’re all living in the Keanussaince and should be supportive of the rise of King Keanu!”

At a time when the whole industry is thinking about how best to market movies and welcome consumers back to moviegoing, a creative approach to a weekend of Keanu sounds like a fun way to eventize May 2021 and give us all something to look forward to—the return of Neo and John Wick. Is it the most practical of approaches? No. But at a time when streaming usage is surging, the theatrical marketplace is constricting, and Hollywood is undergoing a significant metamorphosis, it’s one strategy to wrestle the zeitgeist into an exciting narrative.

It’s been a rough couple of months, Hollywood. Give us the double feature we so desperately deserve. 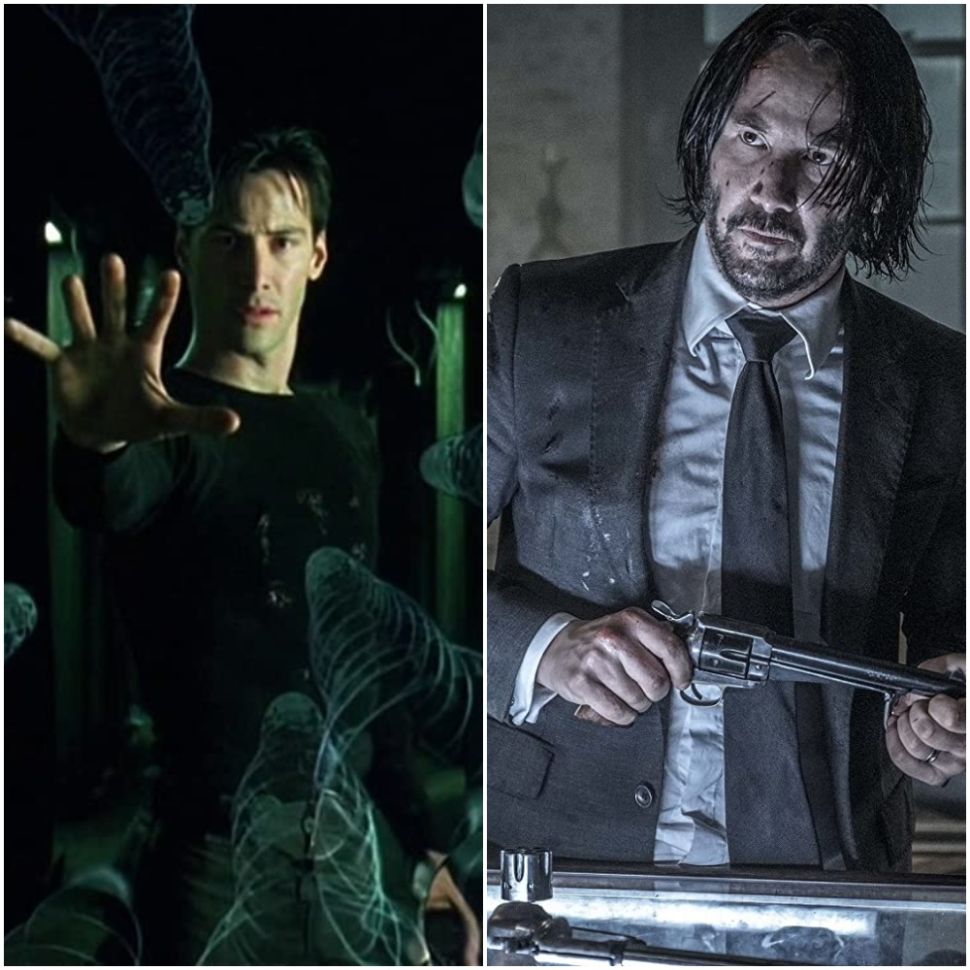