There’s little in the way of live entertainment since the coronavirus necessitated the shutdown of essentially all team sports, theater and concerts. Even the production of new cinema and television has been shut down! Fortunately, Sunday evening saw the airing of a celebrity-saturated, two-and-a-half-hour livestream performance in honor of the 90th birthday of Stephen Sondheim, one of the world’s greatest living composers and auteurs. There have been many different attempts at livestream content offerings during the quarantine, but a particular standout in the Sondheim blowout came when none other than Meryl Streep, Christine Baranski and Audra McDonald sang “The Ladies Who Lunch” from Company while visibly drinking.

No matter how long social distancing is in effect, it’ll always be bizarre to see celebrities and superstars singing into their laptop webcams and confined to their homes. We’re used to seeing Academy Award-winners impeccably groomed and dressed, posing gamely on red carpets for our visual consumption; not crouched in their homes wearing linens and rattling bespoke cocktail shakers. However, it was nonetheless delightful to watch images of Meryl Streep belting out her best vocals over the livestream and then go viral at essentially the speed of slight.

The way Christine Baranski, Meryl Streep and Audra McDonald singlehandedly sum up the mood for 2020 in one song.#Sondheim90Concert pic.twitter.com/QISkjZfinN

And she wasn’t the only A-list name to lend their vocals to the birthday celebration: Jake Gyllenhaal, Kristin Chenoweth, Sutton Foster, Beanie Feldstein, Ben Platt and many others took time off from their busy schedules of doing just as much nothing as the rest of us in order to sing classic Sondheim numbers.

i'm just here to remind everybody that Jake Gyllenhaal, existed in this bday online broadway concert thank you #Sondheim90Concert pic.twitter.com/pfGbbaE8nI

It’s one thing to be reduced to awkward video chats with your friends if you want to see them at all, but it’s another to watch professional singers howling at each other across a digital void, trying to project and emote at the same time. Buried beneath these performances is an emotional flatness that’s being shared by those quarantined, and it’s a flatness being generated by a very unsettling question: truly, how long will this show go on? 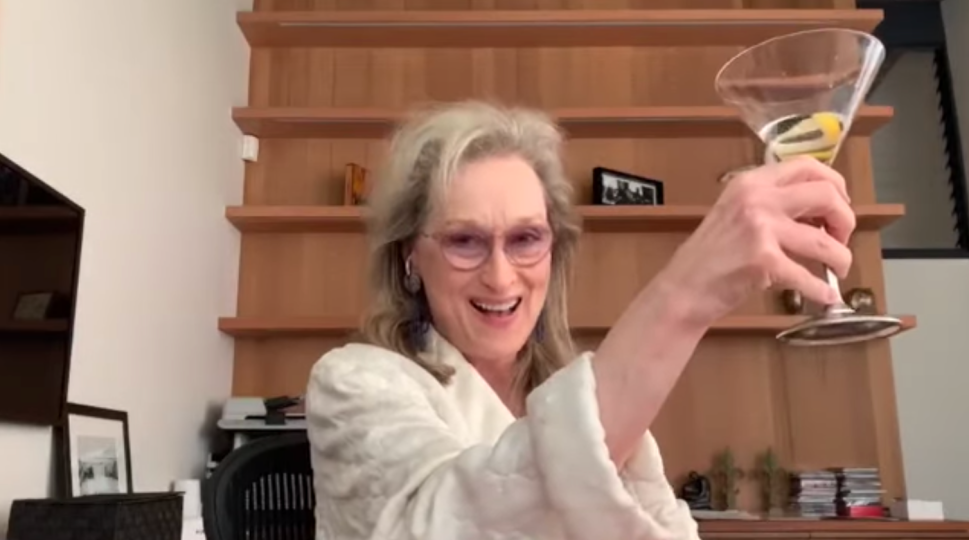