Without essentially any warning at all, museums and galleries all over the world have had to suddenly prioritize their digital content due to the fact that everyone’s physical premises are temporarily shut down. How do you recreate the intimacy that a person establishes with an artwork in a physical space online? How do you offer information about a piece to an audience when there are no walls for didactic panels? These questions and many more are being answered in real time by institutions like the Metropolitan Museum of Art, which is encouraging its patrons to dress up as art in its collection and to post the results online, and by the Museum of Modern Art, which kicked off a monthlong series of virtual exhibitions on Thursday titled “Virtual Views.”

Later in April, you’ll be able to visit MoMA’s website and check out virtual exhibition versions of “Judd,” the museum’s blockbuster Donald Judd retrospective, and “Dorothea Lange: Words & Pictures,” a show that highlights the penetrating vision of one of America’s most iconic photographers. First up, however, is a virtual film exhibition called “Virtual Views: Home Movies” that feels understandably slapped-together. Drawn from the museum’s 2019 “Private Lives Public Spaces” exhibition, what’s offered here is a sampling of some of the hundreds of digitized home movies that MoMA has in its archive.

SEE ALSO: Gagosian Will Kick Off Its Online ‘Artist Spotlight’ Series With Work by Sarah Sze

These home videos come from a wide range of amateur filmmakers. One, made by the composer Aaron Copland, features a wobbly peek at wintertime midtown Manhattan in 1938. This video is only about four minutes long, but another, attributed to the Jarret Family, runs for nearly three hours and features a long series of disparate moments played one after another: a raucous house party, military planes flying in formation through a pastel blue sky, a woman in a fur stole smoking a white cigarette on a city street. Perhaps the best home video featured is one called 6th Avenue—Subway—Post (1944–45), which was shot by a man named Charles Turner and which includes a montage of smiling people playfully and tenderly mugging for his camera. Fittingly, to engage its audience, MoMA is also encouraging people stuck at home to make their own home movies:

Inspired by #MoMAVirtualViews, we challenge you to momentarily leave 2020 by creating a short home movie set in the past or future—get creative with filters, props, and costumes.

Tag #MoMAVirtualViews and @museummodernart and we’ll share some of our faves!

But insofar as this web page constitutes an exhibition, there’s still a lot left to be desired. While there are cursory descriptions of each featured video to be read, the home movies themselves seem only tenuously thematically linked by notions of family and community. Plus, while it’s often striking to see footage of long-lost human lives and cities that have been sacrificed to time play out on your laptop screen, social distancing and quarantine have lately made almost every person on the planet rather sick of domestic life and yearning for adventure. So as diligently sourced as “Virtual Views: Home Movies” is, it’s also perhaps not a showcase of the art that could be most comforting or thought-provoking at this moment in time. 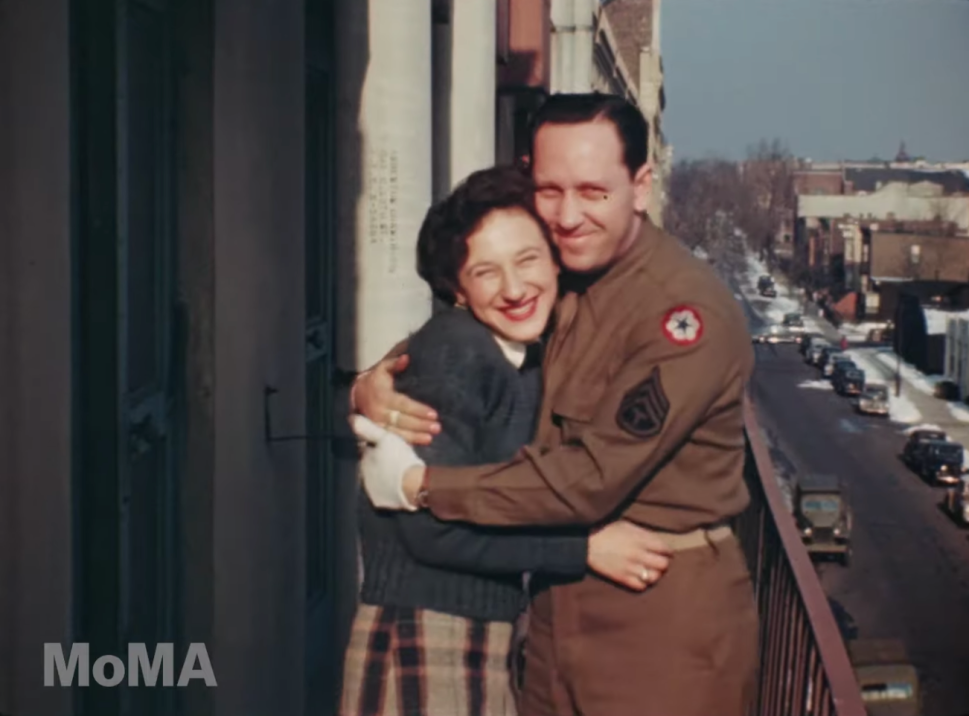