On May 27, NASA will launch two astronauts aboard SpaceX’s Crew Dragon Spaceship to the International Space Station (ISS) from the Kennedy Space Center in Orlando, Fla. The launch will mark several important milestones: it will be NASA’s first manned mission since the agency’s space shuttle program ended in 2011 and the first time since the shutdown that American astronauts will have flown in a U.S.-built spacecraft. It’ll also mark SpaceX’s first manned mission into space. But if NASA has its way, there will be few in-person witnesses to history.

During a video conference last Thursday updating the public on NASA’s response to COVID-19, the agency’s administrator Jim Bridenstine advised space fans who are thinking about traveling down to Florida next month to stay at home instead, Space.com first reported.

“We are very excited about launching commercial crew,” Bridenstine said. “We are asking people to join us in this launch, but to do so from home. We’re asking people not to travel to the Kennedy Space Center.”

“We’re trying to make sure we have access to the International Space Station without drawing the massive amount of crowds that we usually would,” he added.

SEE ALSO: Tesla Seems Immune to Coronavirus’ Blow to Automobile Sales—But Is It?

The Kennedy Space Center will actually be closed to the public through the end of next month, per NASA’s organization-wide stay-at-home policy, so viewing tickets won’t be available anyway. But Bridenstine urged local and state authorities to take proper social distancing measures to protect spectators who might gather in nearby public roads and beaches during the launch.

On Monday, Florida Governor Ron DeSantis said the state will reopen the local economy in “baby steps” while closely watching how the coronavirus situation continues to unfold. “We are deliberately going to be very methodical, slow and data-driven on this because I think people want to have confidence things are going in a good direction,” DeSantis told reporters.

Several southern states, including Georgia, Colorado, and Tennessee, began lifting social distancing restrictions this week despite health experts warning that re-opening economy without massive testing and contract tracing could put the country at the risk of a second wave of infection. 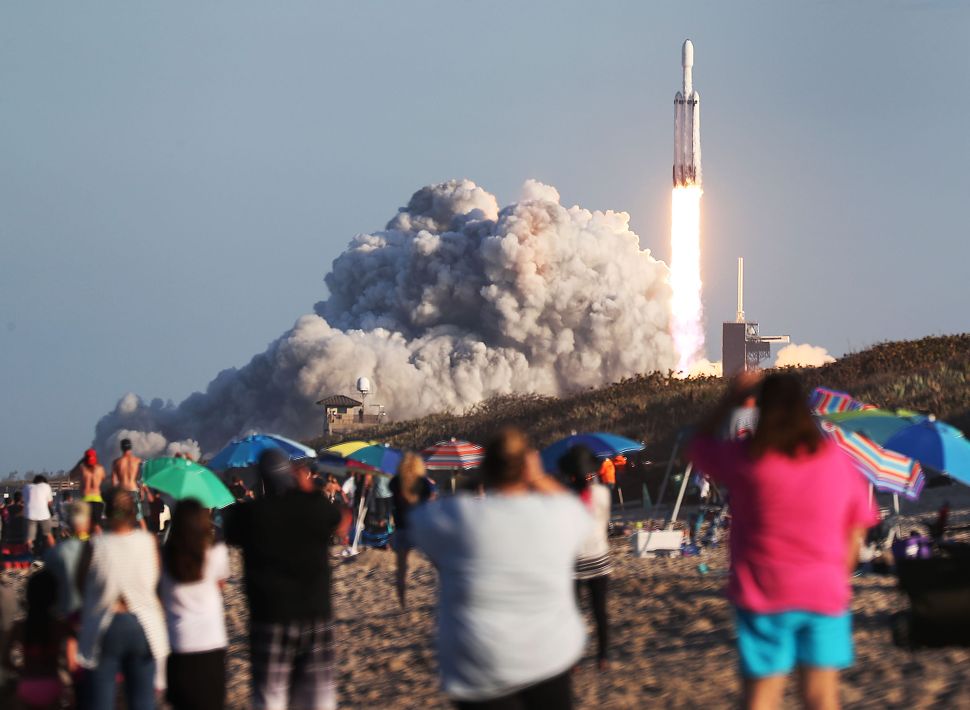