On Tuesday, Netflix reported that it had added 15.8 million new subscribers in the first quarter of 2020, nearly double the 8.8 million it added in Q4 2019. Netflix now has 182 million subscribers worldwide. At market close on April 21, Netflix’s market capitalization—or the market value of a publicly traded company’s outstanding shares—stood at $190.4 billion, higher than Disney, Exxon and IBM, and a dramatic improvement from $142 billion on December 31. While Netflix stressed that tough times are ahead in its earnings report Tuesday, there’s no doubt that the streaming company is currently the undisputed champion of the entertainment industry.

How has Netflix, whose future was in doubt as recently as November with the launches of Apple TV+ and Disney+, become the dominant force in Hollywood?

Danyaal Rashid, Thematic Analyst at GlobalData, a leading data and analytics company, first notes the positive impact the coronavirus pandemic is having on the company. “Netflix will do well out of this crisis as more people will be taking up subscriptions and existing customers will be retaining their contracts,” Rashid said in a statement. With billions across the world forced to self-isolate, social distance, and quarantine, Netflix has become a convenient must-have content provider to pass the time. Its former weakness—relying solely on subscription growth to drive revenue—has now become its greatest strength. Traditional entertainment media can’t compete given the current circumstances.

“There are two main reasons why Disney has struggled while Netflix has prospered,” Rashid said. “Firstly, unlike Netflix, Disney is reliant on ad revenues due to its broadcast offerings, and this revenue stream is drying up rapidly. Secondly, COVID-19 has forced Disney to close its theme parks, which generate more than a third of its revenues, delivering a huge hit to the company’s top line.”

With movie theaters closed, the COVID-19 lockdown has been a boon for streaming services across the board. According to ReelGood, which tracks every TV show and movie available online and has a user base of more than 3 million, viewership across all subscription (SVOD) services is up by 417 percent this week compared to the first week of March. Netflix, of course, is still the most popular streaming service, with a total playback share of 42.3 percent from March 16 to April 19, 2020. 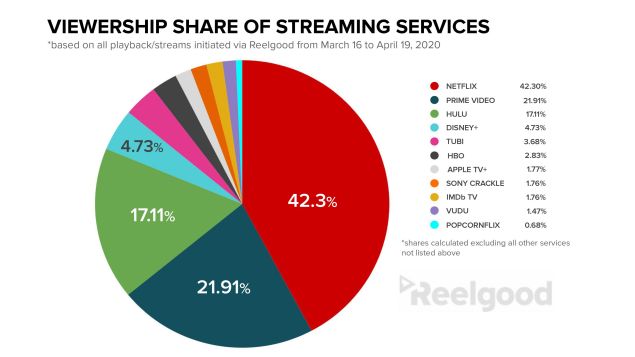 Netflix’s letter to shareholders Tuesday proclaimed that Tiger King was watched by more than 64 million member households in its first four weeks. Any account that watches a title for at least two minutes is considered a view, according to Netflix’s internal metrics. That puts Tiger King on the same level as the third season of Stranger Things, which Netflix previously said was the most watched season of the entire show. While The Witcher remains the streamer’s “most popular” original ever with 76 million views in its first four weeks, it’s clear that Netflix’s viral content is permeating the mainstream.

Netflix leadership emphasized that a loss of customers will result once the pandemic is over, but every conceivable metric sees the company riding an all-time high wave at this moment. Parrot Analytics, a leading data firm, tracks video streaming, social media activity, photo sharing, blogging, fan and critic rating platforms and other consumer demand sources to put together a composite of viewership and growth. According to their data, in the United States, Netflix’s share of digital original demand grew from 50 percent for the month of December 2019 to 53.9 percent for the month of March 2020. Early signs for April show further growth, as the service has 54.7 percent of US demand share as of April 13th.

This can’t last forever, as Netflix itself notes repeatedly throughout its letter to shareholders. Growth will decelerate once society returns to normal. But if there was any real concern that Netflix would be toppled as the market-leading streamer with the introduction of Apple TV+, Disney+, HBO Max and Peacock, this pandemic has proven to be more than a stay of execution. Netflix is an essential ingredient to daily entertainment and its time atop the throne isn’t over just yet. 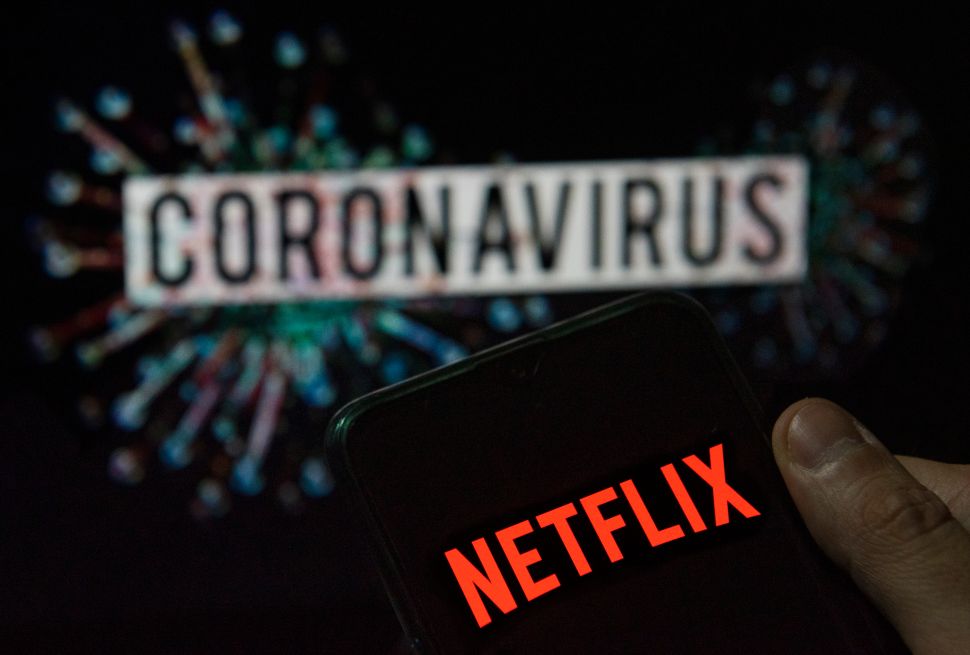