Tiger King: Murder, Mayhem and Madness, Netflix’s latest buzzy docuseries that is sweeping Film Twitter and inspiring an endless swarm of memes, didn’t debut until March 20. Despite that, it is Netflix’s ninth most-watched series for the entire month of March, according to Reelgood, which tracks every TV show and movie available online. It’s also the service’s most-watched series overall last week (March 27-April 2). But what does that mean in terms of pure viewership? Is Tiger King a commercial hit or just an anecdotal one?

According to Nielsen data provided to Variety, which tracks U.S. viewership via connected televisions but does not account for mobile and computer viewing, Tiger King has earned 34.3 million unique U.S. viewers within the first 10 days of its release (March 20-29). That is very much the stuff of a true blue commercial hit. It makes Tiger King one of Netflix’s biggest original hits ever.

The early audience numbers are ahead of the second season of Netflix’s flagship series Stranger Things, which collected 31.2 million unique viewers within its first 10 days, according to Nielsen data. Stranger Things 3 just barely edged out Tiger King in the same timeframe with 36.3 million uniques.

The Nielsen data provided to Variety also pegs Tiger King with an audience of 19 million among U.S. viewers on an average per-minute basis, which again topped Stranger Things 2 (17.5 million) and came in just behind Stranger Things 3 (20.5 million). Netflix itself has seen Tiger King top its own top-10 U.S. list over the last two weeks, though it’s important to note that the streamer now measures viewership based on how many member accounts watched a selection for at least two minutes. Netflix has not yet released its own viewership data for Tiger King and routinely dismisses third-party ratings metrics.

Netflix boasts 167 million global subscribers while HBO reports around 140 million in addition to roughly 8.5 million HBO Now subscribers. Though it is far from an apples-to-apples comparison, HBO’s The Outsider averaged 9 million viewers across all platforms when accounting for delayed viewing during its first 10-episode season. If Nielsen’s unique viewership figures are accurate, the seven-episode true crime docuseries is already averaging nearly 5 million viewers per episode within its first 10 days. 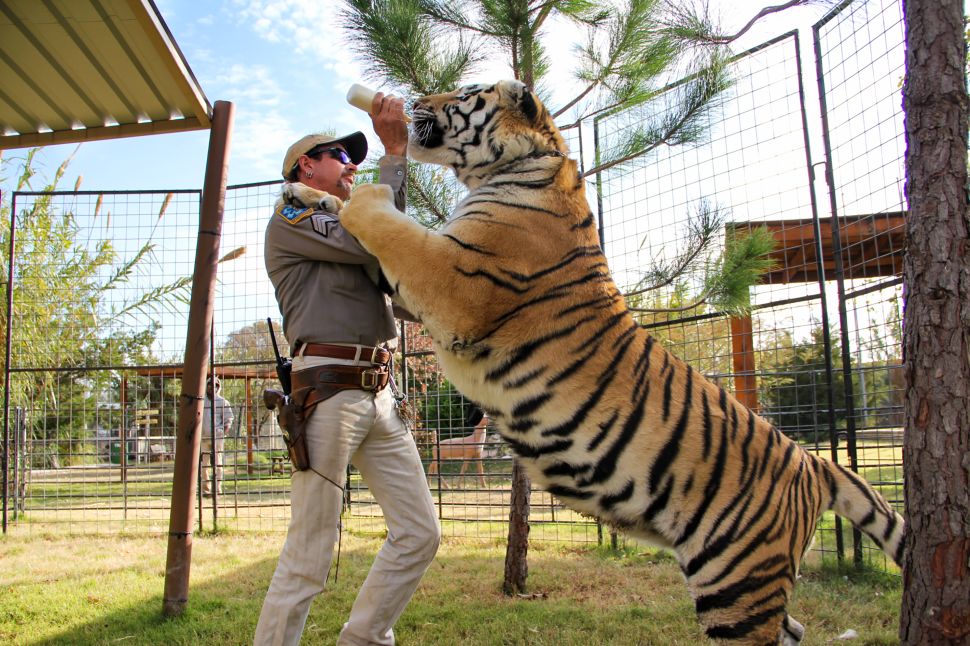