As shelter-at-home orders remain in effect throughout the country and the majority of the population adheres to self-isolation, social distancing and quarantine, there hasn’t been much else to do except watch television. Unfortunately, there’s been a distinct lack of fresh sports content as every major North American sporting body halts activity amid the coronavirus pandemic. This has resulted in a viewing public positively starved for athletic entertainment.

To that point, ESPN’s Michael Jordan documentary The Last Dance premiered to a record 6.1 million live viewers last Sunday. Now, the first round of the NFL Draft is setting records. Thursday’s event, which was the NFL’s first-ever virtual draft, scored a 1.6 rating among adults 18-49 and 6.1 million viewers during primetime hours on ABC, per Variety. That marks a strong improvement on 2019’s first round, which earned a 1.1 rating and 4.5 million total viewers. The multi-platform numbers should be even higher once that figure is tallied as well.We seem to have forgotten that live NFL content on TV is a big deal in this country.

Update: The first round of the NFL Draft earned 15.6 million viewers across ABC, ESPN and NFL Network on Thursday night. That’s a new ratings record and up 37 percent from 2019.

The 2018 and 2019 NFL Drafts both set viewership records as the annual event—which sees pro teams select college players transitioning into their rookie years—has become a massive national attraction. Last year, the NFL draft drew an average of 6.1 million viewers across NFL, ESPN and ABC TV and digital channels, according to Yahoo Sports. Over the three day televised event, it reached more than 47.5 million viewers, which marked a 5 percent jump from the 2018 record. This year, the NFL is once again broadcasting the three-day event across ESPN, ABC, and the NFL Network. While we’ll need to wait until all seven rounds of the draft have been completed to fully compare, Thursday’s strong first round performance is no surprise given the star power present.

Round 1 was headlined by LSU quarterback Joe Burrow, who is coming off arguably the greatest passing season in college football history, and generational prospect Chase Young from Ohio State. The Cincinnati Bengals selected Burrow with the first overall pick while the Washington Redskins grabbed the disruptive pass-rusher Young at No. 2. Overall, four quarterbacks were selected in Round 1 alone. Sizzle, meet steak.

This is particularly helpful for the Disney-owned ESPN and ABC as media network advertising has plummeted during the COVID-19 outbreak. As such, the NFL draft is serving as something of a lifeline during challenging economic times for the linear channels.

The 2020 NFL Draft will continue Friday and Saturday. Check back next week for a full ratings report. 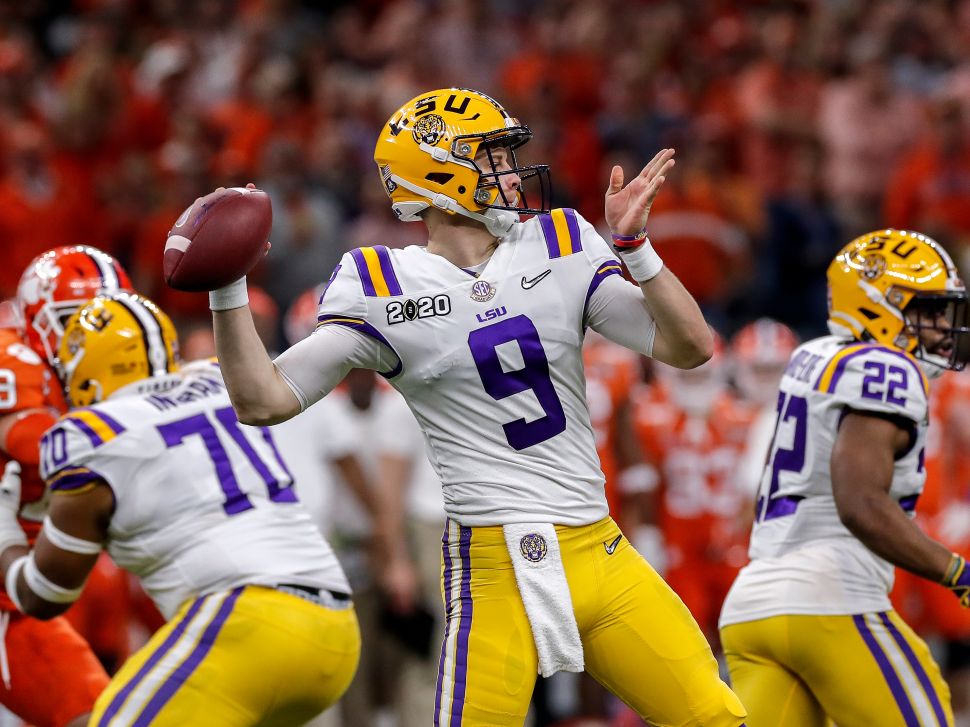