On April 18, 2013, NBC’s beloved sitcom Parks and Recreation would change the fabric of the internet forever as if it were Thanos wielding the Reality Stone. I am talking, of course, about the episode “Article Two” in which American national treasure Patton Oswalt plays Garth Blundon, a lonely yet passionate Pawnee citizen determined to prevent Leslie Knope (Amy Poehler) from removing outdated laws from the town charter.

In his quest for preservation, Oswalt’s character launches into an epic filibuster during a town hall meeting that revolves around the Star Wars and Marvel cinematic universes. This was 2013, remember. Disney and J.J. Abrams had yet to release Star Wars: The Force Awakens, and there had only been one Avengers film to date (simpler times). What followed was an unrivaled display of pop-culture commandeering and unbridled nerdy mythological excellence. It was enough to make a grown man cry.

So as we approach the seven-year anniversary of this impressive soliloquy, Observer spoke with Oswalt about how his speech came to be, his continued work with Marvel onscreen and what he wants to see from the future of both franchises.

Observer: How did this guest appearance come about in the first place?
Oswalt: I was asked to be in an episode. They offered me the role. I’d been friends with Amy Poehler and, of course, Aziz Ansari, and a lot of people that were associated with the show for years. I had auditioned for The Office back in the day for the role of Dwight and I guess [writer/producer Michael Schur] remembered me. I was also just such a fan of that show that it was such a treat. It was amazing, that show got to be on everyone’s TV. So they offered me the role and, of course, I jumped at it. I mean, it was Parks and Rec!

How much of your epic rant came from you and how much, if any, came from the writers?
There was nothing in the script. All it was was “Garth starts to begin to filibuster” and they told me “Just do whatever you want.” The directions simply said “Garth starts to filibuster.” It was just supposed to be 10 seconds of me starting the filibuster and I guess they just said, “Hey, let’s not say cut and see what happens and see how long he goes.” I was so excited to be on the show and so wanted to do a good job because that’s one of those shows where I want to be great. It’s a great show and I want to be great in it so I was nervous too. They didn’t yell cut so I didn’t want to be unprofessional and stop, so the panic kind of locked in and I guess my response was to dump every bit of Star Wars and pop culture trivia I have in my brain. That’s like my equivalent of a squid emitting ink, I guess.

So you hadn’t prepared that whole spiel?
I just decided to keep running. I didn’t have anything prepared. I just was in the scene and was like, ‘Oh, I’ll start this and after 10 seconds they’ll yell cut. How hard is that going to be?’ And then, uh-oh boy.

It compares pretty favorably with your beloved Unbreakable trilogy pitch from a few years ago.
That was a few years afterward, but that was more of a prepared thing. That was something I had been thinking about for a long time. I thought Unbreakable was one of the best movies in the year it came out, which I believe was 2000. [Eds. note: Right in one, Patton. The movie did come out in 2000.] I thought that movie was fucking brilliant, and, like all great movies, it left you to wonder: what happens to the characters at the end of it? It’s like the movie keeps rolling in your head. Unbreakable is one of those “What’s gonna happen now?” films where I can extrapolate into the future. So that was a little more prepared than the Parks and Rec thing which was more in the moment.

Did you know that a Michigan woman actually used your Parks and Rec rant during a county meeting filibuster in February?
I heard that. Someone posted it on Twitter and I thanked her. I was very, very flattered.

What was your reaction to that speech making its way into real-life, small-town politics just like Parks and Rec?
It makes you feel like, “Wow, maybe my stuff is kind of seeping into the vernacular, into the atmosphere.” I guess it’s out there, part of the stream. It feels good.

The Star Wars sequel trilogy is complete and the big-screen future is uncertain. The Marvel Cinematic Universe has closed the book on the Infinity Saga and is heading towards a soft-reboot of sorts. What would you like to see from both franchises moving forward?
I would like to see both of them do what they’ve done when they were at their best. After [1977’s] Star Wars, George Lucas handed it over to different writers and directors to keep expanding on the world. Marvel, the best movies in their series were the ones where they went with the not-first choice directors. First out of the gate with Jon Favreau directing Iron Man made it such a unique film. He has a unique vision as a director. And then they kept doing that—picking people like Taika Waititi and Scott Derrickson. Keep doing that, keep taking chances on more idiosyncratic, visionary directors.

Sticking with Marvel, fans are very excited for your animated M.O.D.O.K. series. What can audiences expect?
I don’t want to tell them what to expect. That’s not the fun part. The fun part is for them to go in blank and then they tell me what I missed about the thing that I worked on. That’s more fun. I don’t want to direct them until they see it.

If you could have dinner with one fictional character, who would it be and why?
Probably Dream of the Endless from Neil Gaiman’s Endless comics just so after dinner I could pour a glass of wine and go look through his library of all the books that great writers dreamed of writing but never wrote. 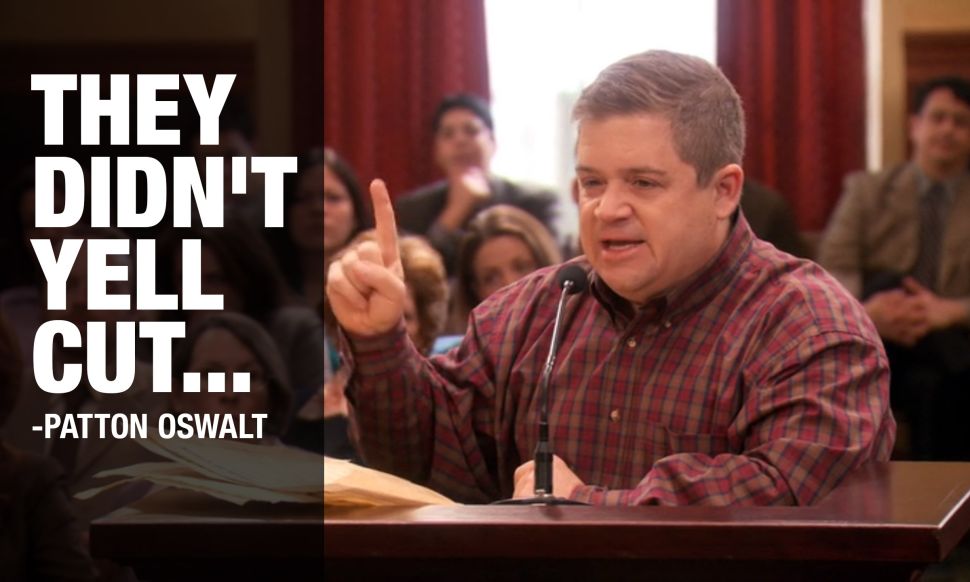