Citizens of Pawnee, get ready to whip out your Lil’ Sebastian memorabilia and put in a hefty delivery order to J.J.’s Diner because Parks and Recreation is returning for a special reunion episode Thursday night to raise money for COVID-19 relief. Hail, Zorp!

Parks and Rec originally aired on NBC from 2009 to 2015 and was created by Mike Schur (who recently concluded The Good Place) and Greg Daniels (The Office) in the aftermath of the 2008 financial crisis. Much like its origins, the new story comes from the events of the day. Pawnee’s most dedicated civil servant, Leslie Knope (Amy Poehler), is determined to stay connected to her friends in a time of social distancing. The money raised by the scripted special will go toward Feeding America’s COVID-19 Response Fund.

After Universal TV president Pearlena Igbokwe first broached the subject of a reunion special for charity with Schur, the producer emailed the cast about the possibility and received unanimous support. Schur then recruited a few of the previous writers to pen a script that reflected today’s new abnormal and then directed the cast via Zoom.

Poehler, Rashida Jones, Aziz Ansari, Nick Offerman, Aubrey Plaza, Chris Pratt, Adam Scott, Rob Lowe, Jim O’Heir, and Retta are all returning for the special as are a few famous Parks and Rec guest stars. We very much hope a particular Pawnee historian with a few bright ideas about Marvel and Star Wars drops by as well.

“It wouldn’t have been a Parks and Rec special if there hadn’t been some of the super fun and enjoyable side characters and tertiary characters who used to pop up on the show being involved,” he said. “So you’ll get a decent number of them as the show goes along.”

Logistically, Schur described the process of producing an at-home TV episode as “very difficult,” but the real challenge was figuring out how this new installment could fit into the time-hopping narrative of the show’s final season.

“The first thing we had to do is say, ‘Where the hell is everyone?’ Where did everyone end up?” he said. “Gary’s the mayor, based on how we left him, but Leslie and Ben and April and Andy are in Washington and Donna’s in Seattle, and Chris and Anne are in Michigan.”

Ultimately, he advised fans to consider this episode canon in conjunction with the full series. That means a few of you out there are going to have to update your fan fiction after Thursday’s episode.

The easiest and most straightforward way to watch the new Parks and Recreation is on NBC.com/live. If you pay for cable (or know someone who does), all you need is your log-in and password information, and you’re off to the races. However, if you’re cutting costs around the house and don’t have a cable subscription, you’ll need to look elsewhere. Might we suggest DirecTV’s free seven-day trial? You’ll get a full seven days cost free before your paid membership begins.

It’s worth it to see the Pawnee gang one last time before last call at the Snakehole Lounge. 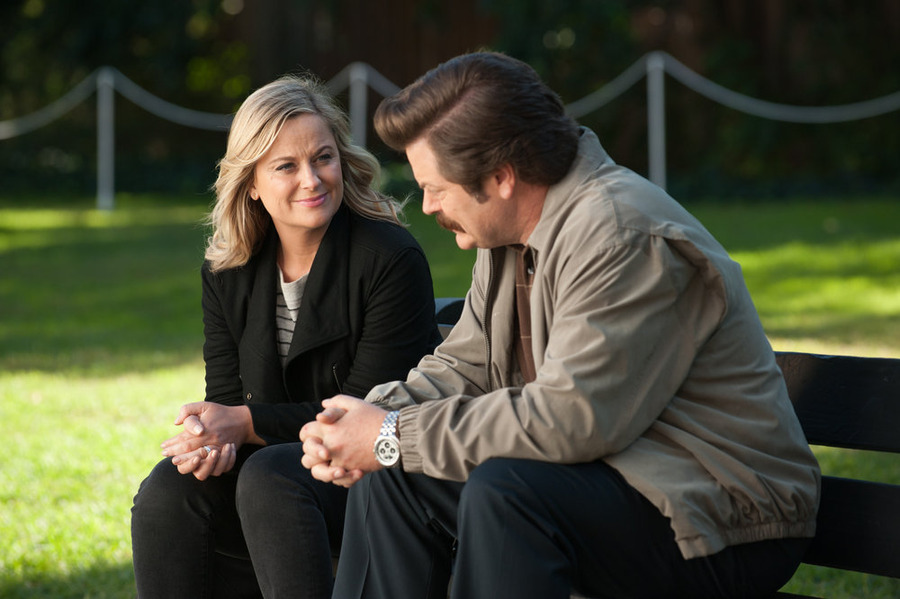