The world is in desperate need of a COVID-19 cure that can end the months-long nightmare once and for all, so much so that even Martin Shkreli, the disgraced hedge fund manager and pharmaceutical executive better known as “Pharma Bro,” wants to get out jail to participate in the effort.

Shkreli, who’s currently serving a seven-year sentence in a federal prison in Pennsylvania, is seeking a three-month furlough to help develop a potential COVID-19 treatment. “I have always said that if focused and left in a lab, Martin could help cure cancer,” his defense attorney Ben Brafman said in a statement on Tuesday. “Maybe he can help the scientific community better understand this terrible virus.”

SEE ALSO: Coronavirus Has Wiped Out Some Billionaires—But Not Those on the Very Top

Shkreli was the former CEO of Turing Pharmaceuticals. The company gained notoriety in 2015 for buying the rights to Daraprim, a life-saving drug for treating AIDS complications, from another company and then hiking the price from $13.50 to $750 a pill. In December 2015, Shkreli was arrested and indicted for running a Ponzi-like scheme through a hedge fund firm and a biotech company called Retrophin.

He was found guilty on three counts of securities fraud in 2018 and was sentenced for seven years and ordered to forfeit more than $7.3 million in assets.

Shkreli expressed his intention to be released from prison in a research proposal posted online this week credited to Prospero Pharma, a company he founded in 2015.

“Being released to the post-COVID world is no solace to even for the incarcerated,” he wrote in the author’s note section. “As a successful two-time biopharma entrepreneur, having purchased multiple companies, invented multiple new drug candidates, filed numerous INDs and clinical trial applications, I am one of the few executives experienced in ALL aspects of drug development.”

Shkreli promised that he does not “expect to profit in any way, shape or form from coronavirus-related treatments.”

“I believe any company developing a coronavirus drug should seek to recoup its cost at most and be willing to perform the work as a civil service at the least,” he added. “If the government is willing to reward industry for their work on this catastrophic situation, it will be at each company’s discretion to accept, negotiate or deny such funding.” 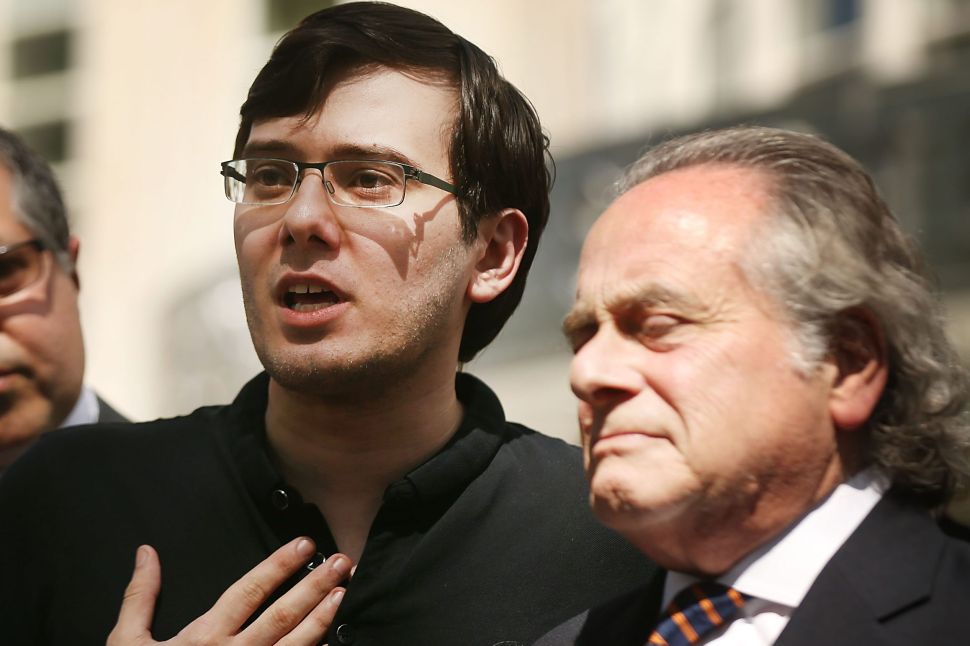