The Duke and Duchess of Sussex are giving back during the coronavirus pandemic, both in the United Kingdom and in the United States. Prince Harry and Meghan Markle are helping those facing food insecurity right now, and they’re taking action themselves.

Prince Harry and Meghan relocated to Los Angeles with their son, Archie, last month, and they’re already giving back to their new community. They’re volunteering with Project Angel Food, a food bank founded by Marianne Williamson in 1989. The organization prepares and delivers healthy meals to those affected by life-threatening illnesses and who have compromised immune systems.

SEE ALSO: Prince Harry Is Having Trouble Adjusting to His and Meghan’s New Life in Los Angeles

Prince Harry and Meghan have been on the ground delivering meals themselves. Richard Ayoub, the executive director at Project Angel Food, said the couple first volunteered on Easter Sunday, after hearing the drivers were overloaded.

They brought meals to West Hollywood residents, and one of the food recipients, Dan Tyrell, told WEHOville that he opened the door to his apartment and saw the royals standing right in front of him, adhering to social distancing procedures and wearing masks and gloves. He didn’t recognize the Sussexes at first.

“We loved having them and they are the most down-to-earth people,” Ayoub told the outlet. They’ve already volunteered to deliver meals again this week, per ET Online.

Prince Harry and Meghan are also giving back across the pond. The Duke and Duchess of Sussex donated the money generated from the broadcast of their royal wedding to Feeding Britain; it comes to over $112,500. The Sussexes had already decided at the time of their wedding that if there was any extra profit from the BBC broadcast, then that money would go to a charity of their choice.

The Archbishop of Canterbury, who presided over the Sussexes’ nuptials, is the president of Feeding Britain, which provides meals to families in need. The Sussexes learned of the amount as the COVID-19 crisis was growing around the world, and “thought it was fitting” that the funds help a charity that was supported by the Archbishop, per Town and Country.

The Sussexes’ spokesperson said they’re “delighted” for the money to go to such a good cause, and Feeding Britain’s national director, Andrew Forsey, said the organization is “incredibly grateful.”

The Duke and Duchess of Sussex stepped down from their official royal duties at the end of last month, and they’re also already at work on their next charitable venture. They’re launching a non-profit initiative, Archewell, but won’t be focusing on revealing information about that until after the COVID-19 crisis is under control. 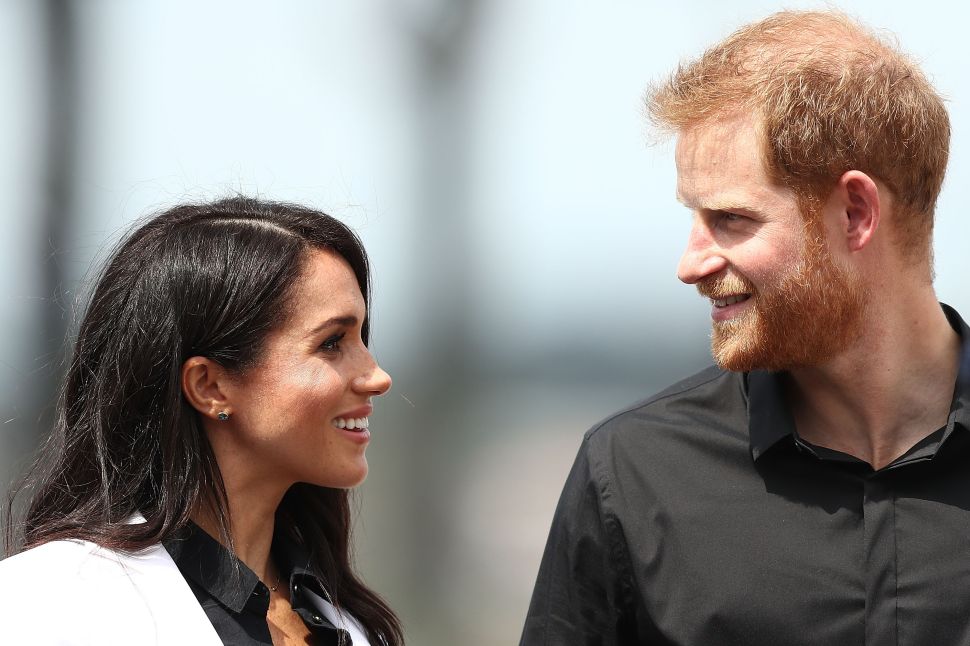