The Duke and Duchess of Sussex are adjusting to their new life in Los Angeles, where they’ve relocated with their son, Archie. Prince Harry and Meghan Markle are now living in a secluded compound in California, and they haven’t let anyone see their new home just yet, as they’re making sure to take the state’s stay-at-home amid the coronavirus pandemic orders seriously.

Prince Harry and Meghan are following all the government and CDC guidelines amid COVID-19, and they’ve been staying at home with Archie. They’ve left the home just a few times, and it’s only for charity work, according to People. The Sussexes were first spotted out and about in Los Angeles on Easter, when they volunteered to deliver meals for Project Angel Food; they’ve volunteered at least twice with the charity since then.

The Sussexes, who recently cut ties with four British tabloids amid a lawsuit, managed to avoid being photographed for their first few weeks in Los Angeles, but it was inevitable they would at some point be spotted. “Meghan…knows the Hollywood culture better than most, and I think it would be naive at best to expect that they weren’t going to be photographed going about their daily business,” royal expert Katie Nicholl told ETOnline.

The Sussexes have been walking their two pups around L.A. and volunteering, but other than that, have stayed put inside the mansion they’re renting. They’re using the quiet time to “connect as a family of three,” and looking for ways to help support others, like with their work with Project Angel Food, as well as Archewell. They haven’t had any visitors at the house yet; not even Meghan’s mom, Doria Ragland, who lives nearby.

They’ve also been using the royal family’s new favorite video conferencing apps; Meghan led a Zoom call with the women at Hubb Community Kitchen, and Prince Harry video conferenced into a call with parents and others involved with one of his longtime patronages, WellChild, a charity that helps sick children in the U.K.

Prince Harry and Meghan also made a special Zoom call for the Queen’s birthday yesterday. While the eight-hour time was a tad tricky, they called Queen Elizabeth early on Tuesday, to wish the monarch a happy 94th birthday. 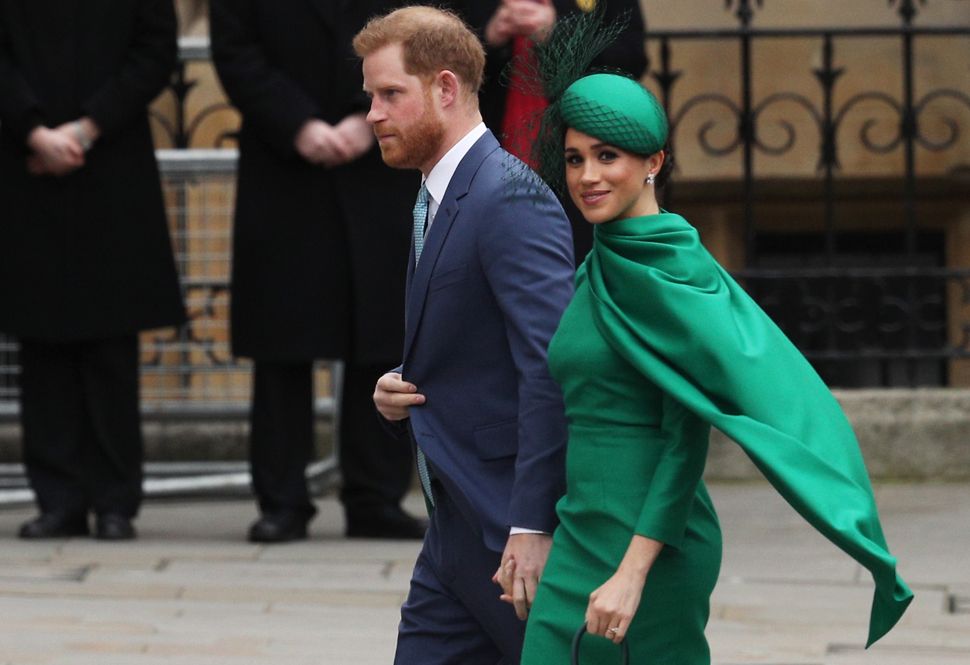