The Duke and Duchess of Sussex are quarantining at their rented mansion in Los Angeles, but they haven’t given up on finding a permanent home. Prince Harry and Meghan Markle are still quietly looking for a multimillion-dollar abode on the West Coast, and they’re focusing on two pricey neighborhoods in particular.

Prince Harry and Meghan, who are currently residing in a secluded, gated compound in Los Angeles, have “stepped up” their house hunt, and are checking out palatial abodes in the $15 to $20 million range, reports the New York Post.

Since Los Angeles residents are still on lockdown due to the COVID-19 crisis, we assume Prince Harry and Meghan have been sticking to virtual tours. The Sussexes have been staying at home with Archie, and have reportedly only been leaving their rented mansion for charity work.

The Sussexes are now mostly looking at homes in Beverly Hills and Brentwood that are “beautiful and secluded, offering the privacy they need,” per the Post‘s source.

They’re considering one six-bedroom, eight-bathroom Beverly Hills abode, which is set on over an acre of land and has an infinity pool in the backyard; it’s currently off-market, and per the Post, it last sold in February for $38 million. The property, which has two kitchens, two pools and a home theater, is located in the celeb-loved Trousdale enclave, and was previously on the market for at least $60 million, according to the listing.

Prince Harry and Meghan are also contemplating an off-market residence in Brentwood; it’s on a little more than half an acre, with six bedrooms and nine bathrooms. It’s hidden behind gates, and has a wine cellar, theater and a pool and spa.

The Duke and Duchess of Sussex have been keeping busy since they relocated to Los Angeles in March, shortly before they officially stepped down from their royal roles. They’re working on their new nonprofit, Archewell, and are still communicating with their patronages via video calls. 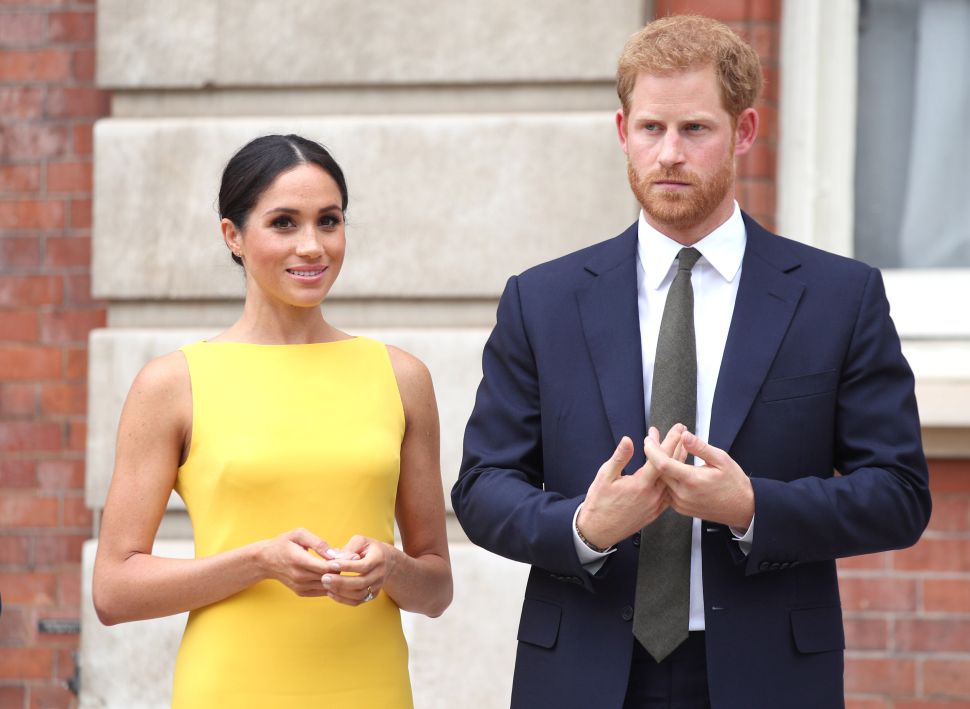