The Duke and Duchess of Sussex made their move to the United States at the end of last month, as they took a private jet from Canada and left their Vancouver Island mansion behind, and relocated to Los Angeles. Prince Harry and Meghan Markle had planned the move for a while, but reportedly decided to leave sooner rather than later amid the coronavirus pandemic, as the U.S.-Canadian border temporarily closed to all nonessential travel on March 21.

Prince Harry and Meghan, who officially stepped down from their royal roles on March 31, are now residing in a Los Angeles compound with their son, Archie. They reportedly wanted to move to Los Angeles because Canada just wasn’t making sense in the long run, and they have a bigger support system in L.A., including Meghan’s mom, Doria Ragland, plus their new team of agents, publicists and business managers.

The Sussexes haven’t been able to lean on that support system in-person quite the way they originally planned, at least not just yet. They’ve been staying at their new Los Angeles home (it’s not clear in which neighborhood, exactly, they’ve chosen to put down roots) and practicing self-isolation and social distancing, per People, so they haven’t seen Doria or any of Meghan’s pals in the city, as they’ve made sure to stay inside their new abode, enjoying some family time with their son.

Prince Harry and Meghan aren’t just lounging around at home right now, though. The’ve been “using the time productively,” reports Vanity Fair, and working on their new non-profit initiative, Archewell. The Sussexes weren’t planning on announcing anything involving the charity amid the COVID-19 crisis, but after after reports surfaced following their application to trademark the name Archewell, they confirmed the news to the Telegraph.

The Sussexes told the Telegraph that they want the organization to “do something of meaning, to do something that matters.” Prince Harry and Meghan are working on plans to “run emotional support groups, a multi-media educational empire and even launch a wellbeing website,” the outlet reports.

The charity will focus on issues including conservation, female empowerment and gender equality, per Vanity Fair, and they’ve already secured backing. They do not, however, plan on making any other big announcements until the coronavirus pandemic is under control. 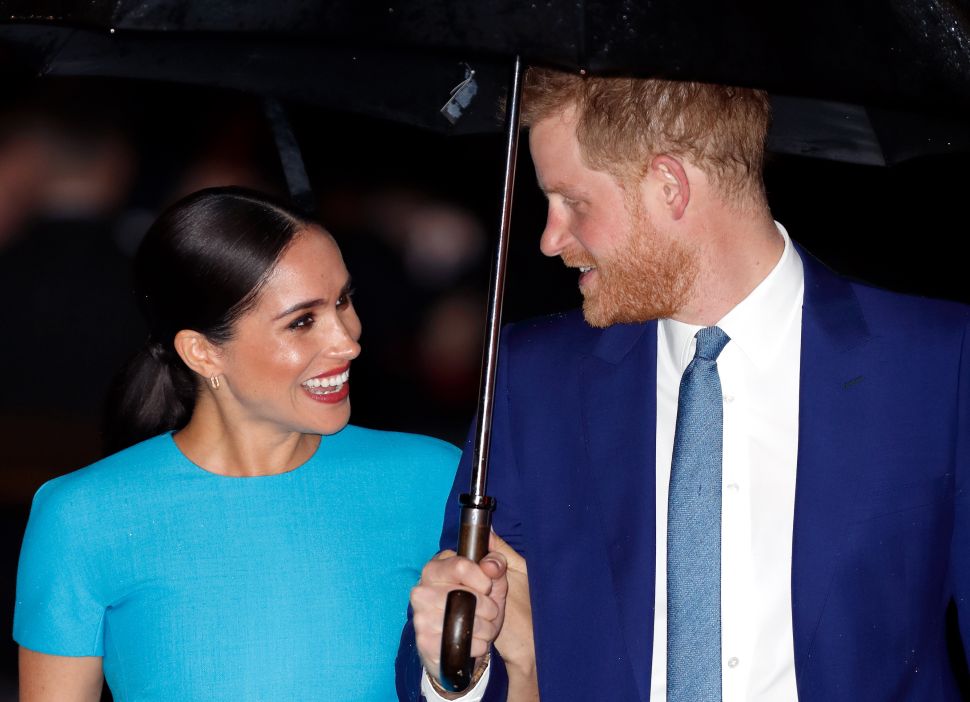