The Duke and Duchess of Sussex officially moved away from their senior roles within the British royal family at the end of last month They’ve now settled into a new home in Los Angeles, after relocating from Vancouver Island. There have been a few adjustments to Prince Harry and Meghan Markle’s transition to non-royal life, as the coronavirus pandemic has impacted people around the world, including the royals.

Prince Harry and Meghan are now practicing social distancing in California, as they stay at home with Archie—they haven’t even been able to see Meghan’s mom, Doria Ragland, just yet, and it seems Prince Harry is having some difficulty with the changes.

Primatologist Dr. Jane Goodall, a good friend of the Sussexes, disclosed in a recent interview with the Radio Times that she’s been in touch with Prince Harry and Meghan since their move, and that she “think[s] he’s finding life a bit challenging right now,” per the Guardian.

She didn’t go into too much detail about what, in particular, is troubling Prince Harry, but it’s not surprising that a major life change, especially amid the COVID-19 crisis, would be difficult. The rest of Harry’s family is still across the pond, and his father, Prince Charles, tested positive for the coronavirus, though he’s now out of isolation and feeling better.

Goodall also said that the prince is likely to give up one of his more controversial pastimes—hunting. She said that Prince Harry and Prince William are “champions of the natural world, except they hunt and shoot.” She then added that she “think[s] Harry will stop because Meghan doesn’t like hunting, so I suspect that is over for him.” Prince Harry has skipped out on family hunting excursions in the past; he reportedly passed on the royals’ annual grouse hunt at Balmoral in 2018 as Meghan understandably isn’t too fond of shooting birds.

Goodall also gave some insight into how long the Sussexes have been contemplating their royal exit. She visited the Sussexes at their Frogmore Cottage home last year, when Prince Harry previously interviewed the renowned primatologist for the British Vogue issue that Meghan guest-edited; he told Goodall that he and Meghan only want “two children maximum,” due to the environmental impact. Goodall recently told Daily Mail’s Weekend Magazine that it was during that visit that Prince Harry hinted that he didn’t want Archie to grow up in the royal life he did; Goodall said that she met Archie, and she “made Archie do the Queen’s wave, saying, ‘I suppose he’ll have to learn this.’ Harry said, ‘No, he’s not growing up like that.'”

Goodall also previously said she wasn’t surprised that the Sussexes were stepping back from royal life. She hasn’t been able to visit Prince Harry and Meghan at their new Los Angeles home just yet, but perhaps she’ll make her way over to California later this year. She was, after all, one of the few people the Sussexes welcomed into Frogmore Cottage, so perhaps they’ll invite her to their new residence (wherever on the West Coast that may be) in the next several months, once it’s safe to travel again. 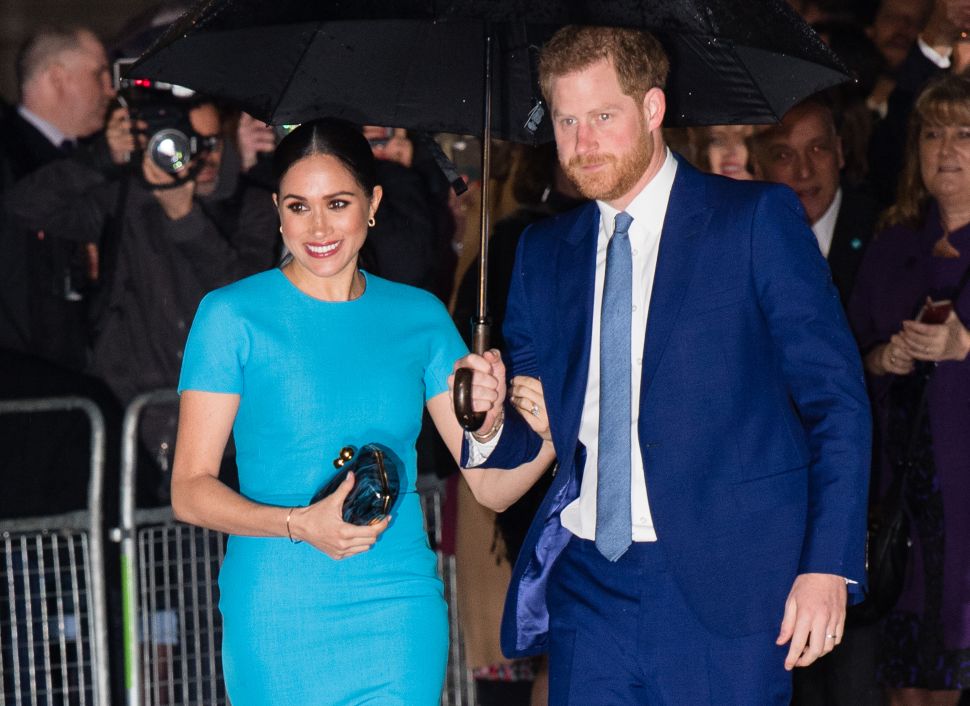