The Duke and Duchess of Cambridge have been practicing social isolation just like the rest of the United Kingdom has been told to do for the past few weeks, due to the coronavirus pandemic. Prince William and Kate Middleton brought Prince George, Princess Charlotte and Prince Louis to their Sandringham country home, Anmer Hall, last month, though it’s safe to say that the Cambridges’ truly palatial Norfolk home is probably just a tad more comfortable and luxurious than most self-quarantines.

But Prince William and Kate are still completing all the tasks many parents are faced with right now, as they’ve taken on helping homeschool their two eldest children now that Prince George and Princess Charlotte’s school has transitioned to remote learning amid the spread of COVID-19.

The Duchess of Cambridge has taken the lead on this, and “spends time every day” helping with the teaching, according to the Sun, though both Prince William and Kate have been “very involved” in helping George with his work. They’ve also been “putting on lots of activities for Charlotte,” and “making time for play with Louis,” though they do have the help of a nanny.

The Sun previously reported that the Cambridge kids love their time in the outdoors with the gardens at Anmer Hall, and they are often playing on a climbing wall and swing, as well as “pond dipping” and birdwatching. Kate’s a big tennis fan, and even though her favorite outing, Wimbledon, has been canceled this year, she’s still making sure she gets to hit the courts with her kids, as she “plays almost daily” with her children.

The Cambridges have also been working from home and showing their support for those on the front lines of the coronavirus fight.

Prince William and Kate made surprise calls to two hospitals this week, thanking them for their work on the front lines responding to the COVID-19 crisis. The Cambridges also heard from hospital personnel about the impact of the virus on their work and home lives.

☎️ “We’d just like to say from the two of us how proud we are of all of you and how amazingly you are all doing under extreme circumstances. • The whole country is proud of you — so thank you for everything you’re doing and all the hours you are putting in.” • The Duke and Duchess of Cambridge held telephone conversations with staff at two UK hospitals to thank them for their tireless work responding to the #covid19 outbreak. • During calls to Queen’s Hospital Burton in Staffordshire and the University Hospital Monklands in North Lanarkshire, The Duke and Duchess heard about the impact of the spread of the #coronavirus on the personal and professional lives of staff. • The NHS workers, including doctors and nurses, told The Duke and Duchess about the invaluable support they have received from their local communities as well as how they are supporting each other as they work through this crisis. • For the latest advice and guidance, please visit the NHS website — link in our bio. • #clapforourcarers #thankyounhs #nhsthankyou

The Cambridges spoke with medical personnel at Queen’s Hospital Burton in Staffordshire, where a doctor, Amged El-Hawrani, recently died after contracting the virus. Prince William said, “We’d just like to say from the two of us how proud we are of all of you and how amazingly you are all doing under extreme circumstances. I know all of you see this as your job and that you get on with it, but this is a different level and you are doing an incredible job. The whole country is proud of you, so thank you for everything you’re doing and all the hours you are putting in.”

They also spoke with staff at University Hospital Monklands in North Lanarkshire. The Duchess of Cambridge said, “You’re stretched in all sorts of ways looking after the patients in your care under such extreme circumstances. But you also need to be able to make sure you support yourselves, and each other. It must be so hard, but I’m glad to hear that you’re currently getting all the support you need.”

Donna Marie McGroarty, an Infectious Diseases Charge Nurse at the University Hospital, said they staff was “so honored” to receive the call, and it was “totally unexpected and a real morale boost.”

The Cambridges have also been participating in the Clap for Our Carers campaign, and shared a photo of George, Charlotte and Louis giving a round of applause for the NHS workers.

To all the doctors, nurses, carers, GPs, pharmacists, volunteers and other NHS staff working tirelessly to help those affected by #COVID19: thank you. #ClapForOurCarers #ClapForCarers #ThankYouNHS #ClapForNHS

The entire royal family is in the WFH routine now, including Prince Charles and Camilla Parker-Bowles, who are still staying in separate wings at Birkhall, after the Prince of Wales tested positive for coronavirus last week. Queen Elizabeth and Prince Philip are in residence at Windsor Castle, and the 93-year-old monarch is continuing with her weekly audiences with Prime Minister Boris Johnson, who has also contracted COVID-19, via telephone. Queen Elizabeth is also making a rare televised address to the British people on Sunday evening, per Buckingham Palace. While the Queen records an annual Christmas message every year, she has made just three other special addresses in the past. 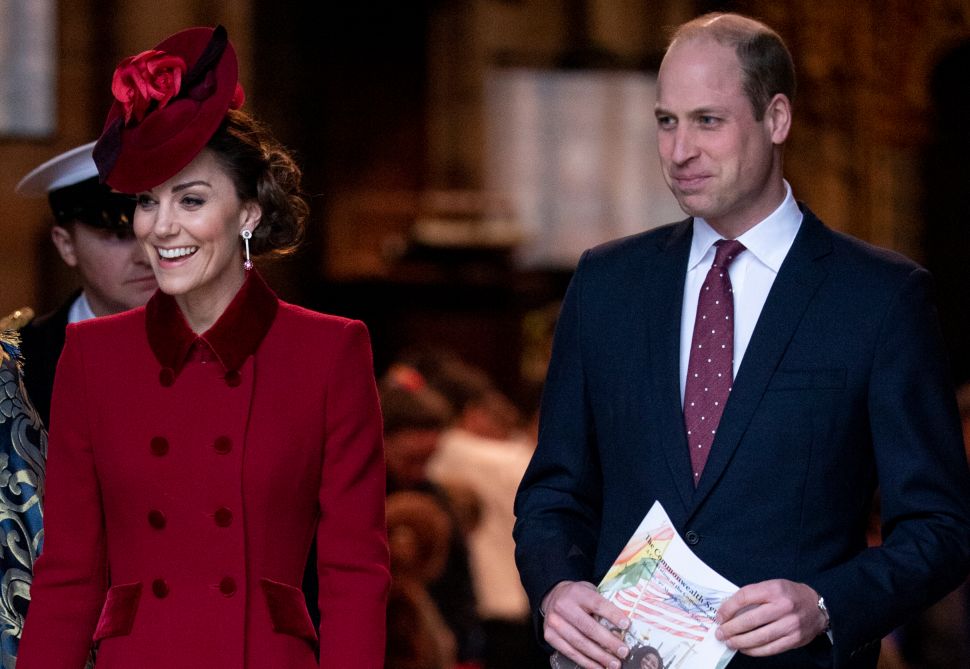