The littlest Cambridge turns two today, and even though Prince William and Kate Middleton aren’t able to throw Prince Louis a big party, they’re still having a cheerful celebration as a family. The Duke and Duchess of Cambridge are isolating with Prince Louis, Prince George and Princess Charlotte at Anmer Hall, their Norfolk country home, and they’re having a day of festivities in honor of the little prince.

Kensington Palace shared new photos of the little prince in honor of his big day; the Instagram-perfect images were taken by the Duchess of Cambridge, also known as the unofficial royal photographer. Kate took the photos at Anmer Hall earlier in April; they show Prince Louis experimenting with the art of finger painting, with a rainbow of paints on his hands. The Palace revealed the fruits of his labor, too, with a snap of the final handprint.

SEE ALSO: Prince Harry and Meghan Aren’t Having Any Visitors During Quarantine

And like the true Insta-mom shutterbug that she is, Kate documented the aftermath, in which her youngest son’s face is covered in paint. The photo is also a sweet tribute to the NHS; the rainbow has become a symbol of gratitude for the U.K.’s National Health Service, with rainbow artwork hung in the windows of many homes around the country.

Prince William and Kate were originally planning on hosting a larger party for Prince Louis at Anmer Hall, but due to the COVID-19 crisis, are still under lockdown, so they’re keeping the celebrations to just the five of them.

Prince George and Princess Charlotte both gave their brother handmade cards for his birthday, per Us Weekly, and the whole family presented Prince Louis with gifts when he woke up. Prince William and Kate planned a day of outdoor activities with plenty of sports and games like “football, chase and hide-and-go-seek.”

Even though Prince Louis isn’t able to see his other relatives in-person for his big day, Prince William and Kate have planned video calls with Queen Elizabeth and Prince Philip, Prince Charles and Camilla Parker-Bowles and the Middleton family, so they can all see Prince Louis and wish him a happy birthday.

🌈 Instagram vs Reality. Thank you for all your lovely messages on Prince Louis’ second birthday! The Duke and Duchess of Cambridge are very pleased to share new photographs of Prince Louis, taken by The Duchess this April.

And, of course, Prince Louis gets a homemade cake. Kate previously told baking maven Mary Berry that it has become a tradition that she stays up all night making her kids’ birthday cakes herself, with “ridiculous amounts of cake mix and icing.” 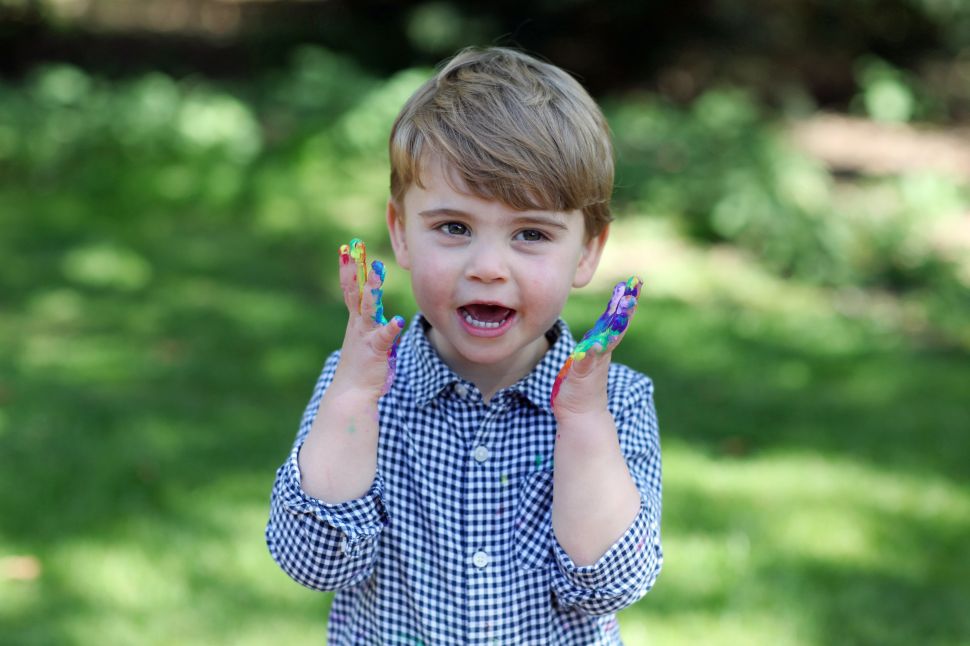