The Duke and Duchess of Cambridge aren’t able to communicate with the public as they normally would pre-coronavirus lockdown, so they’re getting more creative. Prince William and Kate Middleton gave a rare interview this morning, as they appeared on BBC Breakfast via video call, streaming from their Anmer Hall country home in Norfolk.

Prince William and Kate spoke with Tina Daheley, and praised NHS workers on the frontlines of the COVID-19 crisis. They spoke about their new Every Mind Matters mental health initiative, as the Cambridges narrated the new campaign, which highlights resources and personalized plans for looking after mental well-being right now.

The Cambridges also gave some a glimpse into their home life with their three children right now, and what it’s like homeschooling Prince George and Princess Charlotte. Kate admitted that there have been “ups and downs” with the family at home, and that she actually kept up the remote learning with the two eldest Cambridge kids during the Easter break.

“Don’t tell the children, we’ve actually kept it going through the holidays. I feel very mean!” she laughed. “The children have got such stamina…you get to the end of the day, and you write down the list of all the things that you’ve done in that day,” she continued, noting they’re cooking and baking, too. “It is amazing how much you can cram into one day, that’s for sure.”

The United Kingdom recently extended its coronavirus lockdown for another three weeks, so Brits are instructed to continue staying at home for the time being. Prince William and Kate are separated from the rest of the royal family right now, as they’re all social distancing at their homes. Queen Elizabeth and Prince Philip are at Windsor Castle, Prince Charles (who tested positive for COVID-19 last month, and is recovering well) and Camilla Parker-Bowles are at Birkhall, and Prince Harry and Meghan Markle are all the way across the pond, in Los Angeles. But the Cambridges are keeping in touch with family members with video calls, because Zoom is everywhere!

“We’ve been talking to all the family online,” Prince William said in the interview. “As you can imagine, the younger generation are a little bit more tech-savvy,” he said, but everyone’s getting the hang of the technical aspects now. Kate agreed, and said that both of their families have “loved keeping in touch with the children,” and added that it “gets a bit hectic” with two-year-old Prince Louis. It also seems the youngest Cambridge has a tendency to end the video calls, as Prince William said Louis “always wants to press the red button.” Hopefully, he doesn’t hang up on the Queen too often! 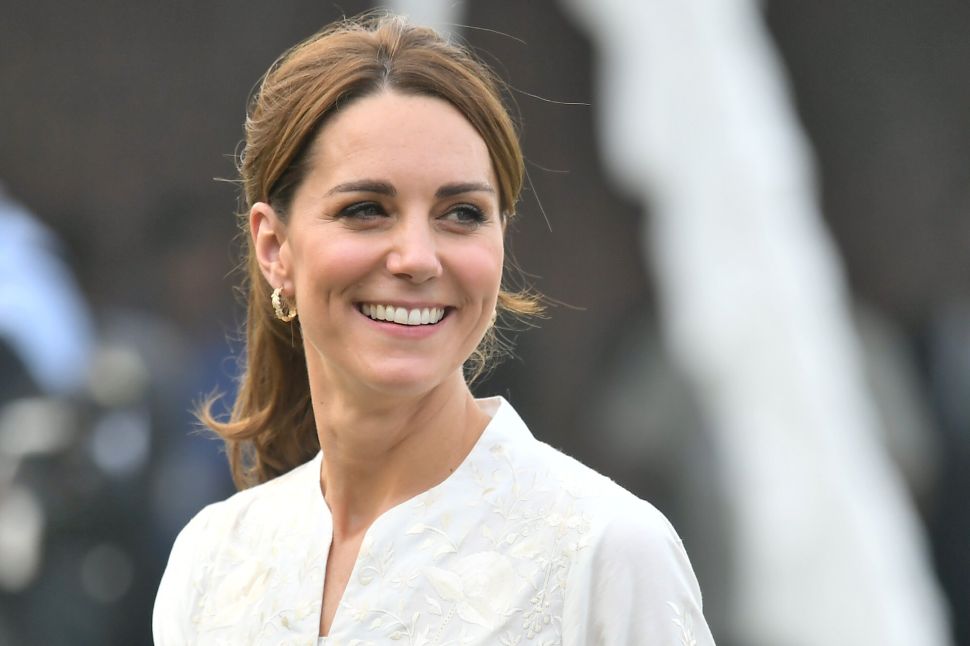