The Duke and Duchess of Cambridge have another royal birthday to plan at Anmer Hall. Prince William and Kate Middleton’s youngest child, Prince Louis, turned two on April 23, and the Cambridges celebrated his big day with a fête at their Sandringham country home in Norfolk, where the family of five is isolating amid the coronavirus lockdown in the United Kingdom. Now, Prince William and Kate have their daughter’s birthday coming up, as Princess Charlotte is turning five on May 2.

Princess Charlotte’s birthday festivities will be a bit different from other years since the family is in quarantine, but she’s not too upset about it. The Sun reports that Princess Charlotte is happy as long as her whole family is there to say ‘happy birthday,’ and her parents are already on top of organizing a Zoom party.

Prince William and Kate have reportedly arranged a special Zoom call, just as they did for Prince Louis, with family and friends. Queen Elizabeth (who had her own Zoom birthday party earlier this month) will video call to wish her great-granddaughter a happy birthday; the monarch is in residence at Windsor Castle with Prince Philip, who will also likely join in on the call. Prince Charles and Camilla Parker-Bowles, who are at Birkhall, are also expected to join in on the video.

Prince William and Kate have been making sure Prince George, Princess Charlotte and Prince Louis spend plenty of time outdoors during quarantine, and Princess Charlotte’s birthday will likely include lots of activities in Anmer Hall’s truly palatial backyard. After all, the royal residence is on a 20,000-acre regal estate, with its own private tennis court and swimming pool.

Prince George, Princess Charlotte and Prince Louis have been playing on a climbing wall, birdwatching and even pitching tents, as well as partaking in lots of arts and crafts activities and lots of baking.

The Cambridge children don’t spend too much time staring at the television or on computers, as royal reporter Katie Nicholl told OK Magazine that “Kate is usually very strict on screen time and keeps it to a minimum,” and “they’ve got climbing frames, swings and a pond, and each of the children are in charge of their own little patch of the kitchen garden.”

The Duchess of Cambridge has said that it has become a family tradition that she spend the night prior to anyone’s birthday baking a cake herself, so Princess Charlotte can expect a special treat when she wakes up on Saturday.

Prince William and Kate usually release new photos of their children in honor of their birthdays; for Prince Louis’ big day, the Cambridges revealed an adorable set of photos that Kate took herself, with the little royal covered in rainbow paint. Hopefully, they’ll release some new snaps of Princess Charlotte on May 2.

Princess Charlotte’s birthday isn’t the only big event for the Cambridges this week. Prince William and Kate’s wedding anniversary is coming up on April 29, and they’ll be celebrating nine years of marriage. 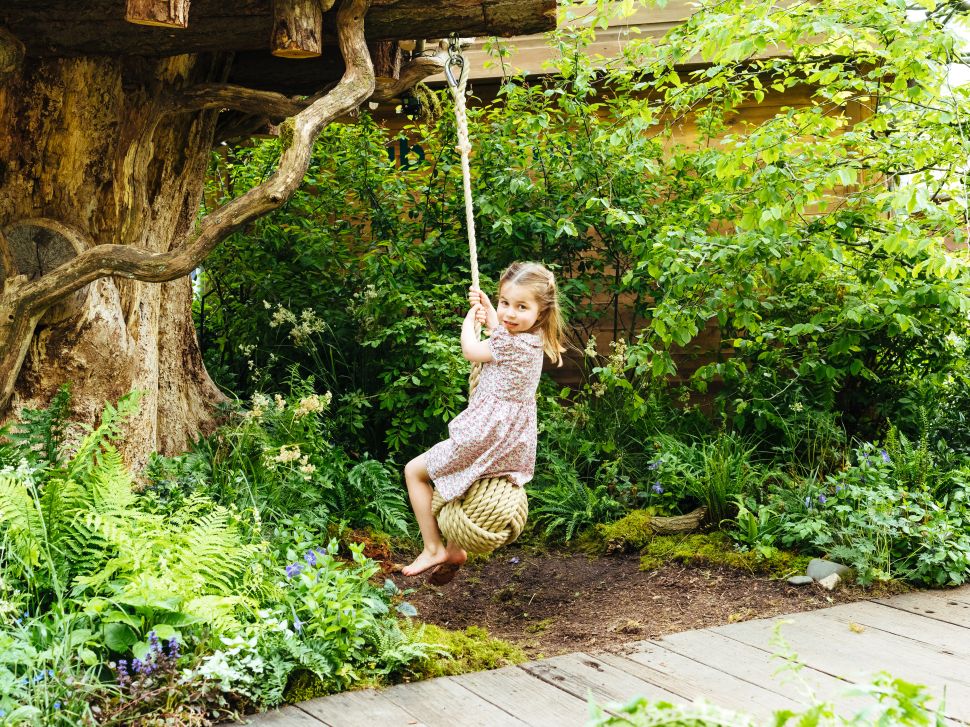