The next royal wedding is officially canceled. Princess Beatrice and Edoardo Mapelli Mozzi were planning on getting married May 29, but due to the coronavirus pandemic, have decided to postpone the entire ceremony and celebration for now.

Princess Beatrice had originally intended to tie the knot in a (relatively) small ceremony at St. James’s Palace, followed by a reception hosted by Queen Elizabeth in the Buckingham Palace Gardens. Her plans have changed as the COVID-19 crisis has grown over the past few weeks; the Buckingham Palace party was canceled in March, and at the time, the Palace said that Princess Beatrice and her fiancé were reviewing their arrangements and contemplating a small, private marriage with just very few friends and family.

But even that isn’t happening now, as Buckingham Palace confirmed to People that the wedding is formally canceled. The news comes as the United Kingdom extends its coronavirus lockdown for at least another three weeks.

“There are no plans to switch venues or hold a bigger wedding. They aren’t even thinking about their wedding at this time. There will come a time to rearrange, but that’s not yet,” a spokesperson told People. The outlet reports that invitations hadn’t been sent out.

Princess Beatrice wasn’t planning on having a huge royal wedding like her sister, Princess Eugenie, or anything along the lines of Prince William and Kate Middleton’s nuptials, or Prince Harry and Meghan Markle’s. Beatrice’s big day was supposed to be far more low-key, in a smaller venue and with a significantly shorter guest list.

Beatrice’s wedding isn’t the first big royal event cancelation due to coronavirus, and it likely won’t be the last. The royal family has already announced the postponement and cancelation of quite a few of their usual engagements, including Trooping the Colour and Queen Elizabeth’s annual garden parties. 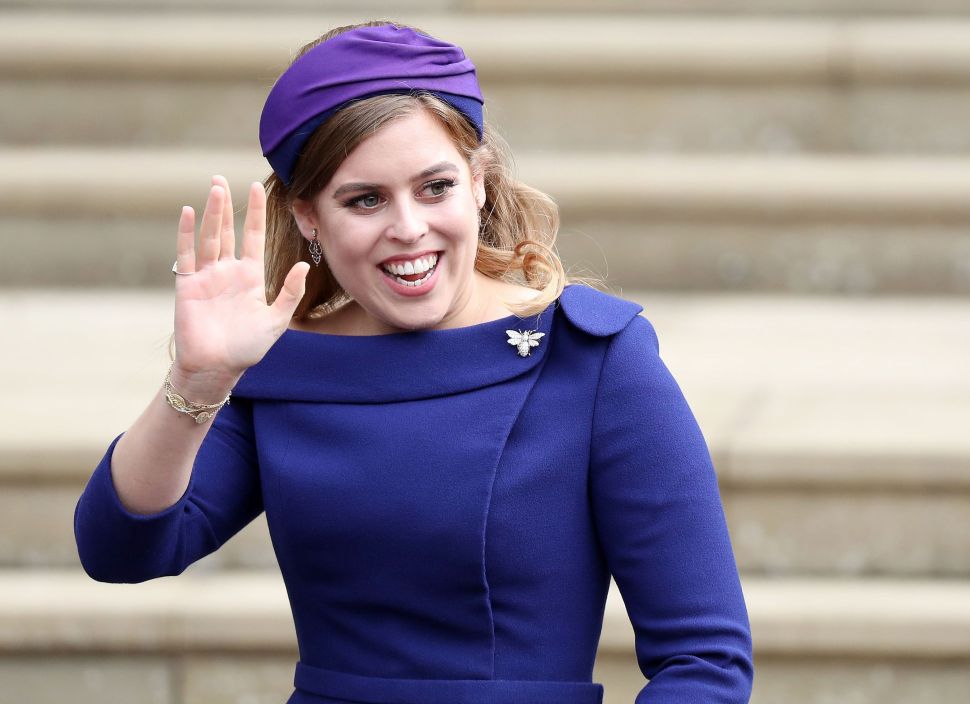