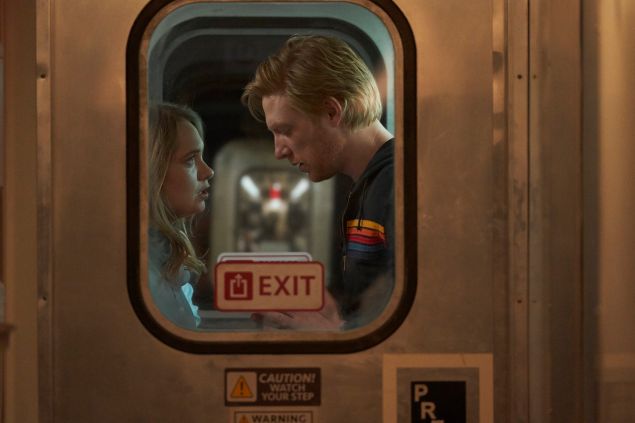 It doesn’t take long for HBO’s new series Run to go full-speed ahead. In its first scene, Ruby (Merritt Wever, an absolute treasure) sits in her car, having a bland phone conversation with her husband. But then she receives a one-word text from an ex-boyfriend simply staying “RUN,” all caps, all urgency. After just a brief hesitation, it’s on. Ruby drives straight to the airport, catches a flight to New York City, and meets up with her ex-boyfriend Billy (Domhnall Gleeson) in Grand Central—the first time they’re seeing each other in 17 years.

The backstory is both simple and charming: Ruby and Billy once made a pact that if one of them texted “RUN” and the other replied within a specific time frame, then they would immediately meet up and spend a week traveling the country together. Afterward, they’ll decide if they want to continue to be together or go back to their separate lives. It’s a premise that hinges on a relatable desire: Who hasn’t entertained fantasies of dropping everything, running away from their old life, never looking back? But these fantasies stay fantasies for a reason.

SEE ALSO: ‘Killing Eve’ Season 3 Review: Where to Go After the Honeymoon Phase?

The elements that make up Run are, like the series as a whole, intoxicating. The dark comedy—which also exists on the fringes of the romantic-comedy genre and soon veers into thriller territory—was created by Vicky Jones, a Fleabag producer and Phoebe Waller-Bridge’s frequent collaborator. (Waller-Bridge is an executive producer on Run, and also pops up later on.) Then there’s the combination of Merritt Wever and Domhnall Gleeson, two wonderful actors who display a fiery chemistry. Ruby and Billy easily fall back into a strange, sexy flirtation—especially because they spend most of the first few episodes stuck together in small spaces.

A significant portion of the series takes place on an Amtrak train, beginning when they meet each other again after nearly two decades apart. This meeting is at once awkward and electric: watching them dance around their past life together and their current lives apart provides a dizzying glee. The series shines most in these confined spaces—largely because of the skilled directing of Kate Dennis. Dennis brings a kinetic and infectious energy to the episodes, following the main characters as they rush down the narrow train aisles, cram into the tiny roomette, seek privacy in the cramped bathrooms. These scenes, which occasionally bring in side characters, quickly became my favorites; I wouldn’t complain if the entire season took place solely on the train.

The concerning issues with Run come toward the season’s end (critics were sent five of the seven episodes). It’s here that the show becomes less character-driven rom-com and more run-of-the-mill thriller, acting on an impulse that seems to drive many contemporary series lately: introducing a dark, unnecessary twist. It’s a twist that I won’t spoil here, but what I will say is that it forces Run to change tones a bit, veering into a new world that doesn’t feel as lively and inviting as the first. It’s unfortunate, this reliance on drastically heightening the stakes when the series doesn’t necessarily need more piled on top. It’s a plot development meant to deepen and darken the series; it instead pulls us away from the characters.

But, strangely enough, this twist actually further highlights what’s so wonderful about Run in the first place. The reason it didn’t work for me is because of how much I adored getting to know Billy and Ruby, how charming it is to watch them reintroduce themselves while also trying to avoid getting too personal (they attempt to put a “moratorium” on private questions). The writers are sly as they go about revealing truths about both characters’ past. Sometimes we learn something about Billy the same time Ruby does; other times we learn it at the same time.

It’s unfortunate that the fast-paced urgency that pulls you in at the beginning of the series is also what causes it to slightly unravel. But despite this, Run is an undeniably entertaining series. Here’s hoping it learns to slow down a bit.

Run premieres on HBO on April 12. 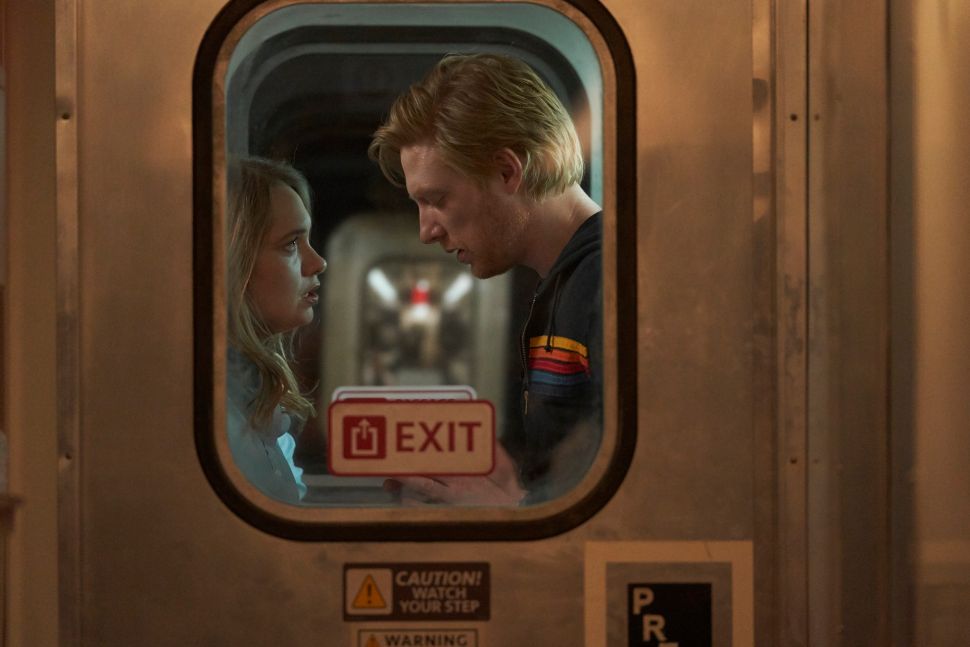