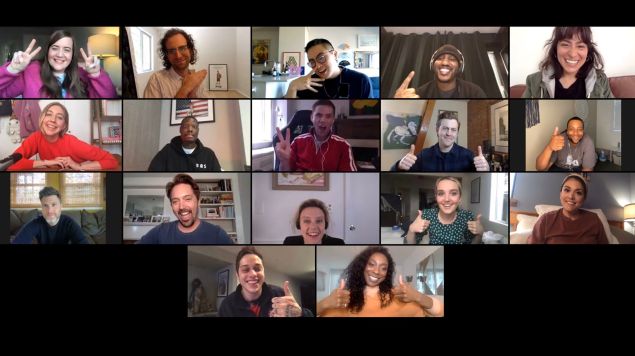 “There’s no such thing as Saturdays anymore—it’s just, everyday is today. And we’re not really live,” surprise host and COVID-19 survivor Tom Hanks explained in the opening monologue from his kitchen. The sketches were produced in advance of showtime, with cast members all in quarantine.

On a show where so much of the magic and excitement spring from its live-ness—cast members breaking character with bursts into laughter, a stagehand briefly appearing on-screen—it was certainly eerie to watch cast member Kate McKinnon announce “Live from Zoom, it’s sometime between March and August!” in the absence of the usual  “Live from New York, it’s Saturday night!” that tends to come at the end of the cold open.

SEE ALSO: ‘Killing Eve’ Showrunner Breaks Down the Most Shocking Moment from the S3 Premiere

But this time, the cold open did not come. Most sketches only featured one actor, and there was neither a studio audience nor a laugh track. Weekend Update co-anchor Michael Che described it well when he said, “Telling jokes with nobody just looks like hostage footage.”

Ruth Bader Ginsburg was one character who appeared to have been taken hostage, in her case by McKinnon. The sketch, in which the 87-year-old Brooklynite Supreme Court justice showed the viewers her home workout routine, featured little doodles on purple paper in the background that said “Watch me bench,” “Pillars of whoop-ass” and “Opinions of steel.” While the actress wore her dissent collar and danced for her Gins-burns, she did not have on the makeup that she usually wears when portraying Ginsburg. In the age of coronavirus, however, we can be content just to know that the notorious R.B.G. is doing well—“Dr. Fauci, answer my DMs,” the justice said in between shoulder presses.

Perhaps the best part of the show was Weekend Update, which, despite the lack of Weekend Update desk or blue map background, felt the most natural out of all the segments. While the segment got flack on Twitter for enlisting the cast to serve as a virtual audience, the giggling in the background was a great example of how the show decided to lean into the difficulties of producing a quarantine episode. Not only did the laughter simulate the presence of a live studio audience; it also created the feeling that the viewer was listening in on a casual late-night conversation among close friends, a welcome development in these lonely times.

The back-and-forth between co-anchors Che and Colin Jost didn’t hurt. When Che had Pete Davidson email a racist joke to Jost for him to tell, it sent a signal that everything would be OK. Or, as Chris Martin, the show’s musical guest who was diagnosed with the virus, expressed it in his cover of the Bob Dylan song, we would be given “shelter from the storm.”

Another comforting moment came when cast members past and present paid tribute to SNL sketch music producer Hal Willner, who passed away this week from complications of COVID-19. Amy Poehler, Tina Fey, Maya Rudolph, Rachel Dratch and others appeared on a grid from their respective homes singing Lou Reed’s “Perfect Day.” Unlike celebrities’ rendition of “Imagine” last month, the song, as well as the segment as a whole, was tasteful and moving.

While parts of the show were not as funny as usual, SNL’s decision to do an episode as the nation is ravaged by coronavirus marked a triumph of the resilience of the human spirit. And if all else fails, Aidy Bryant recommends “an entire quesadilla and a bag of chocolate chips.” 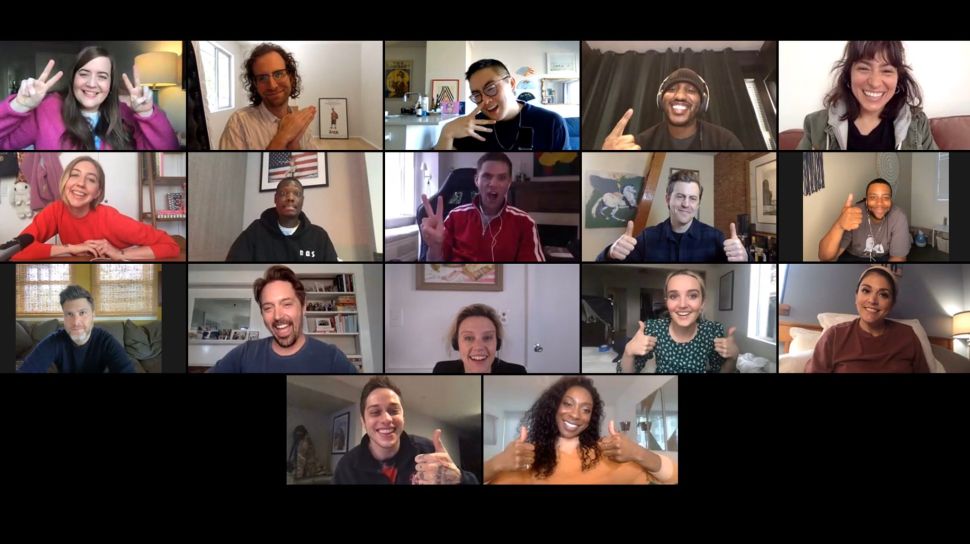