I have always had a thing for crime movies. I devour them with much the same rapt attention with which my teenage daughter hoovers up how-to tutorials on Instagram: I am fascinated with the process. Which is not to say that The Asphalt Jungle will lead me to a lifetime of jewelry store heists any more than a Tasty video will lead my kid to whip up a four-layer dinner pie. The deep satisfaction comes from seeing how all the pieces fit together and what each part of the puzzle reveals about both the characters and the story.

So it was with great anticipation that I streamed Selah and the Spades, a stylish independent film that premiered at Sundance last year and became available to stream into our crowded hovels Friday, April 17 via Amazon Prime. A different take on the crime thriller, this debut film from writer-director Tayarisha Poe takes place in a high-priced boarding school outside Philadelphia and focuses on Lovie Simone’s Selah, a straight-A student who also runs one of the school’s semi-criminal factions with a Machiavellian efficiency.

Each faction—there are five—runs a different aspect of illicit life on campus: the Bobbys throw illegal after-hours parties in basements or the woods; the Skins are rogue teachers’ pets who help others cheat; the Prefects smooth things over with the administration. The film’s titular clique run drugs, alcohol and other outlawed substances, which they store in a treasure chest that lights up from the inside like the briefcase in Pulp Fiction. The factions hold confabs in the fields around campus, where they bicker indistinctly around a large oak table while Selah commands things while sitting on a Petey Greene-style wicker throne.

Being a process-oriented guy (especially when concerning crime movies), I couldn’t help but wonder: which faction is in charge of hauling all that cool gangster furniture out to the middle of the field? Where do they store it after their meetings adjourn?

The answer, of course, is not a faction at all but the film’s precociously gifted art department. Indeed, all of the craft elements of Poe’s film—most notably Jomo Fray’s sharply framed cinematography and the atmospheric sound design—are tended to carefully. Rather than reinforce the film’s underlying themes or service the story in any satisfying way, the film’s outsized production values largely register as style for style’s sake.

Shockingly little feels truly at stake here. A vague threat of expulsion hovers over the kids’ nefarious dealings—a consequence of one of these students ratting out their fellow ne’er-do-wells to the headmaster, played with a bemused detachment by Grey’s Anatomy heartthrob Jesse Williams. Gina Torres has a pair of scenes as Selah’s mother, a taskmaster who berates her daughter for getting less than 100 on a science test. (She has the indignity of grinding the proceedings to a halt by telling Selah the oft-repeated fable of the scorpion and the frog.) But for the most part, this adult nattering registers as no more consequential then the wah-wahs of parents and teachers in Peanuts specials.

The often-stilted dialogue of the teenage protagonists doesn’t fare much better. As a result, many of the performances from the seemingly talented cast come off as stiff and stagey. Jharrel Jerome, so memorable as the falsely accused Korey Wise in Ava DuVernay’s When They See Us, never quite pins down what drives Maxxie, Selah’s bookkeeper and chief enforcer, to be so devoted to her. The main conflict comes with the introduction of Paloma (Celeste O’Connor), an underclassman whom Selah mentors even as she floats between factions, but there is little electricity generated by their relationship.

Like many of the more monied films that churn through the Hollywood system, Selah and the Spades pays lip service to the idea of women’s empowerment. The image of the diminutive Lovie Simone, who evinces some of the steely resolve of gymnast Simone Biles, posing like a latter day Corleone in the focus of the film’s marketing. She says in voiceover that she is on the cheer squad because it allows her agency in how she dresses and conducts herself, but we only see this idea in action in a cursory way. One suspects that the real reason she is on the team is more surface-level: she looks really cool wearing the uniform while conducting her gangster-y dealings.

Amazon made it clear when it picked up Selah and the Spades that is was doing so to score an IP in addition to making a traditional acquisition. (They are already in the process of developing a Selah original series.) And maybe a slow burn multi-hour format, where characters who come off as perfunctory here can be more deeply explored, is the best use of its setting and ideas. As currently constituted, Selah and the Spades comes off as little more than a artfully rendered location and a cool concept that is desperately in search of a story to tell that’s as compelling as its trappings. 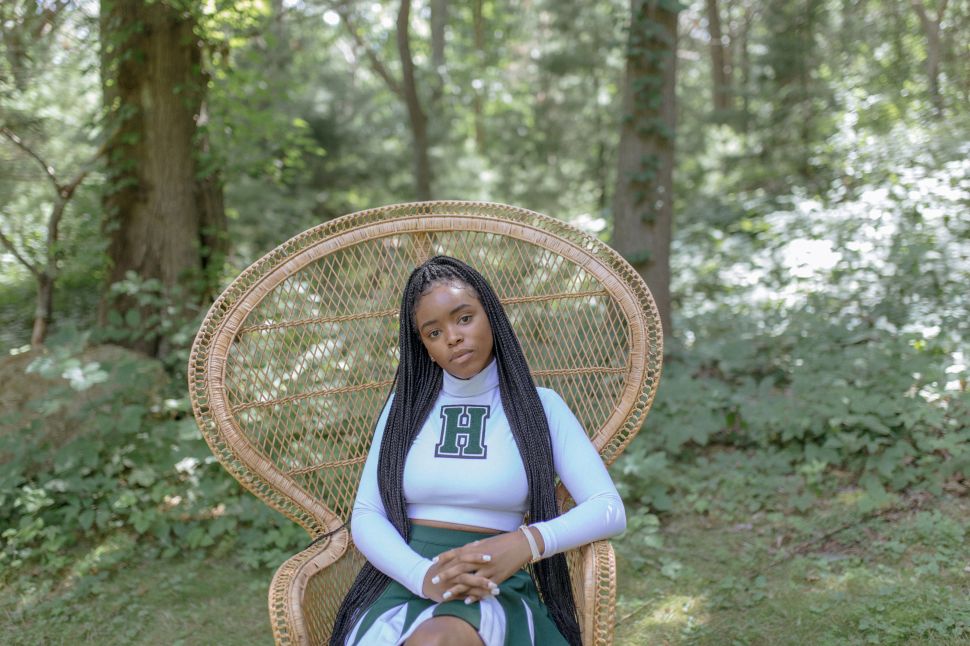