The six-bedroom, 8.5-bathroom mansion has gone through a few remodels since Petty lived there—actually, it has a rather messy past.

An arsonist burned down the original home in 1987, while Petty and his then-wife, Jane Benyo, were still inside with their family. Since the fire destroyed most of the home, Petty decided to rebuild the entire property, with plenty of custom features. When the music icon divorced Benyo in 1996, she ended up keeping the home, though she reportedly later lost the residence to foreclosure in 2015. At a later point,  a different tenant at the home reportedly refused to vacate and a SWAT team had to get involved.

Anyway, that was all resolved, and the house has been extensively renovated in the years since. Gomez paid the most recent owner $4.9 million for the residence, per Variety. Gomez, who released her third number one album, Rare, earlier this year, still owns a four-bedroom home Studio City, which she’s been trying to sell since 2018.

A large front entry leads into Gomez’s new 11,483-square-foot home, and into a living room with high ceilings and a stone-encased fireplace. There’s also a family room with a brick-framed fireplace.

The kitchen has white brick accents, with Carrera marble countertops, a center island and breakfast bar seating. In addition, there’s an open, more formal dining room with a wall of windows that showcase the backyard.

Another living space was originally staged as a “theater-in-the-round,” per the listing held by Coldwell Banker Real Estate broker Jade Mills.

There are two master suites, including one on the main floor with two closets, a fireplace and two bathrooms.

Outside, there’s a sprawling stone deck surrounding the pool, plus an outdoor kitchen, a cabana and al fresco dining enclaves.

Even though Benyo gave up this Encino abode, she scooped up another property that fans of the Tom Petty and the Heartbreakers frontman will be excited about—last year, Benyo paid $175,000 for her ex-husband’s childhood home in Gainesville. 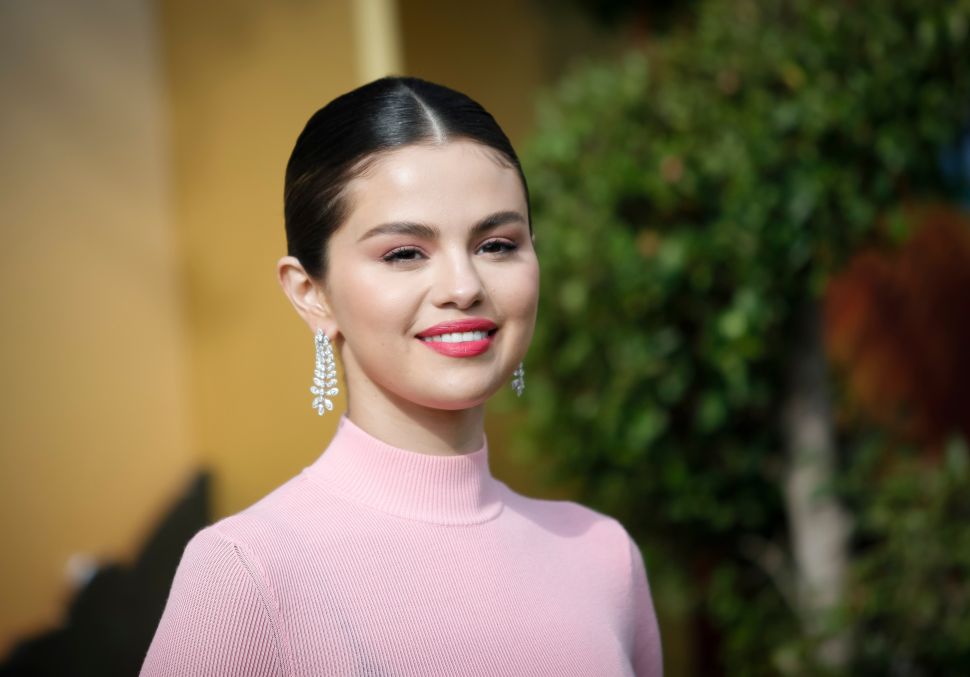