On Thursday morning, the Federal Reserve announced a string of new moves to inject $2.3 trillion into embattled businesses and municipal governments, on top of the $2.2 trillion rescue package passed in March, to help the economy tackle the impact of the coronavirus pandemic.

The business pillar of the new stimulus plan includes details of the Fed’s Main Street Lending Program, targeting small to mid-size businesses, and market intervention measures, including plans to buy corporate bonds regardless of their investment grades.

SEE ALSO: How to Receive Your Coronavirus Stimulus Check Fast and Hassle-Free

But as billionaire venture capitalist Chamath Palihapitiya sees it, the central bank might as well has given money directly to American people, instead of their employers, since the beginning of this crisis. “I’m not disagreeing with what the Fed has to do,” he said in CNBC’s “Halftime Report” interview on Thursday. “It would be better for Fed to have given half a million [dollars] to every man, woman and child in the United States.”

“On Main Street today, people are getting wiped out. Right now, rich CEOs are not, boards that have horrible governance are not. People are,” the Social Capital founder and CEO went on to explain. “What we’ve done is disproportionately prop up poor performing CEOs and boards, and you have to wash these people out.”

“Just to be clear on who we are talking about,” he added. “We’re talking about a hedge fund that serves a bunch of billionaire family offices. Who cares? They don’t get the summer in the Hamptons?”

To be fair, the Fed’s first round of coronavirus rescue plan did include a budget to deposit money directly to people’s bank accounts. About one-eighth of March’s $2.2 trillion stimulus package, or $250 billion, was allocated for sending checks of up to $1,200 per person to eligible Americans. In fact, the Internal Revenue Service just started sending out those checks on Thursday.

But Palihapitiya has a better idea: instead of giving people a small check that won’t last long while leaving a much bigger chunk of money to large businesses in hopes that their employees will benefit, why not give people a larger check and skip businesses in the first place?

“We should spend $8 trillion and give every American their 2019 taxes back,” he suggested in a Tweet on Thursday in response to a person asking how workers would get paid if their employers, like airlines, go bankrupt and have no revenue.

UBI. We should spend $8T and give every American their 2019 taxes back.

Palihapitiya has always been a central bank skeptic when it comes to market intervention. “I am generally of the view that we have exhausted the ability for central banks to meaningfully manage inflation, in either direction, but that doesn’t mean it won’t continue to drive stock prices higher by unnecessarily cutting rates and flooding markets with money,” he wrote in Social Capital’s 2019 annual letter to investors.

Social Capital prides itself on investing in promising businesses that also serve greater good, such as curing cancer, space exploration and mitigating climate change. Over the course from 2011 to 2019, the venture capital firm realized an economic return of 32.9 percent, compared to S&P 500 index’s 15 percent, per its 2019 report. 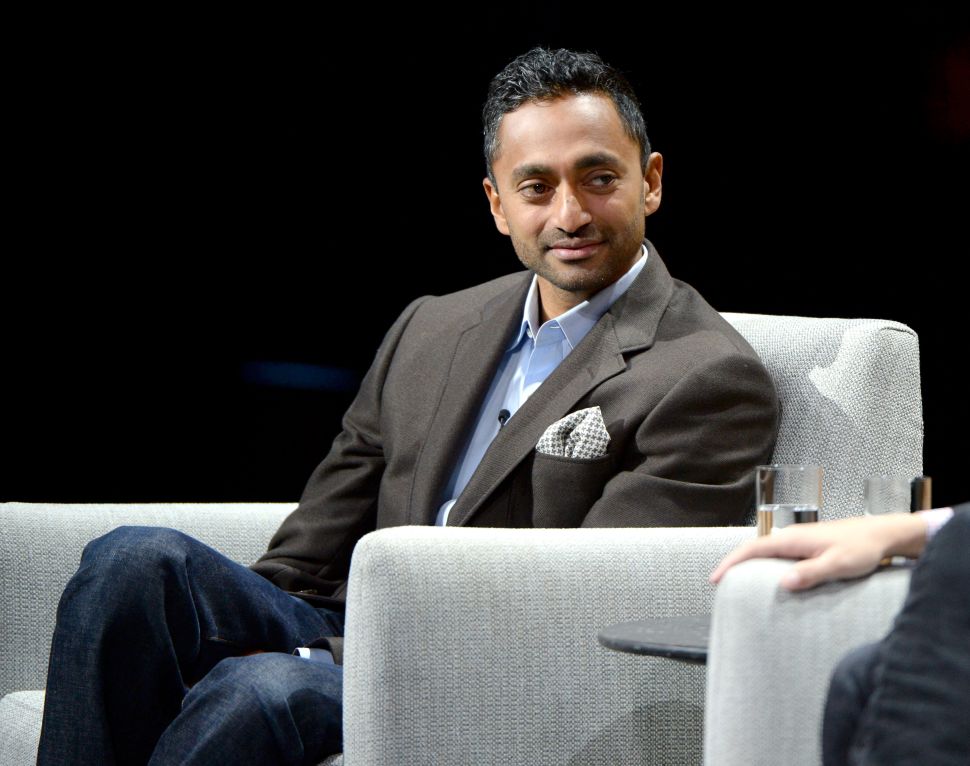